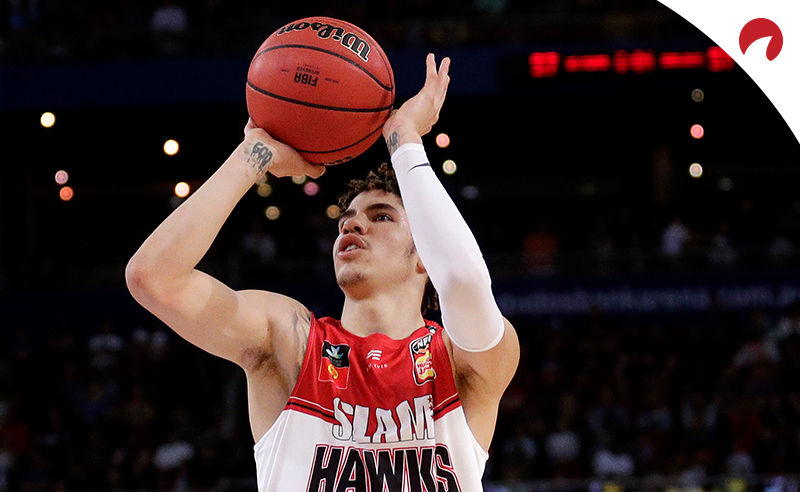 The 2020 NBA Draft is just a few days away and a new player has emerged as the favorite to be selected first overall by the Minnesota Timberwolves.

According to the best basketball betting sites, LaMelo Ball is now the -215 fave to be the first pick and to try to change the fortunes of a T-Wolves franchise that has only made the playoffs once since 2005. Ball played last season in the NBL in Australia.

Following Ball is Anthony Edwards of the Georgia Bulldogs at +150, who was the -200 favorite just last week. However, some new draft intel has indicated the Timberwolves were not high on Edwards after his private workout.

Third on the oddsboard is center James Wiseman (+550), who played only a handful of games with the Memphis Tigers before he decided to withdraw from school amid a recruiting scandal.

If you’re new to betting basketball or NBA props, don’t sweat it. Here are all the key resources from Odds Shark that can get you up to speed:

Odds as of November 16 at Bovada

LaMelo Ball may not have chosen the most conventional route to get to the NBA but there’s no denying his talent and basketball pedigree. The youngest brother of Pelicans point guard Lonzo Ball, he is a bit of a matchup nightmare with his six-foot-seven frame and superb handle so it makes sense that he’s now expected to be taken with the top pick, according to the latest NBA draft odds.

LaMelo is a new breed of scorer with deep-shooting range that only a handful of NBA players can say they possess. Ball played professionally in Australia from October 2019 to January 2020 and averaged 17 points, seven assists and 7.5 rebounds.

According to the latest reports from ESPN’s Jonathan Givony, the Timberwolves brought in LaMelo for a second interview/workout and he believes it sealed the deal for Minnesota to take Ball with the top pick. The youngest Ball brother is expected to be an even better prospect than Lonzo, who went second overall in the 2017 NBA Draft.

Should Anthony Edwards Be Selected First?

Anthony Edwards of the Georgia Bulldogs will likely be a great pro in the NBA but did he do enough in his lone college season to warrant a first overall selection?

It’s hard to tell. If you check his highlight tape, offensively he can look like the best guard in college basketball. He has great athleticism, a decent shooting stroke, a solid handle and an NBA body that can take the punishment of driving to the hoop.

So, why aren’t more draft experts talking about him like he’s a consensus top pick? Mainly because of the Bulldogs’ poor record last season and some lackadaisical defensive efforts from Edwards that analysts tend to pick apart. His game is very similar to Washington Wizards guard Bradley Beal, who is a good but not great NBA player. If you recall, Beal went third overall in the 2012 NBA Draft.

With the T-Wolves possessing the first pick, they certainly could use more depth in the backcourt to help D’Angelo Russell. But at +150, taking Edwards may be a bad move by Minnesota, considering it just got rid of former No. 1 overall pick Andrew Wiggins owing to a lot of the same concerns. Don’t be surprised if the T-Wolves can’t trade the pick, either, in a year when no one really wants it.

At your favorite basketball sportsbook, you’ll see odds for this prop bet displayed like this:

In this case, there is a clear favorite like betting on a moneyline or spread bet. If there isn’t an option with a minus sign (-) beside them, then the player with the lowest odds is the fave. The rest are considered underdogs.

What is a Prop Bet on the NBA Draft?

A prop is a wager on the occurrence or non-occurrence of specific team or player milestones that don’t always relate to the results of a particular game. In this case, the prop is a prospect’s chances of being picked first in the next NBA draft.

The betting lines will move as players show what they can do on the court. If you see odds you like, we suggest taking them sooner rather than later to get the maximum betting value should you win.