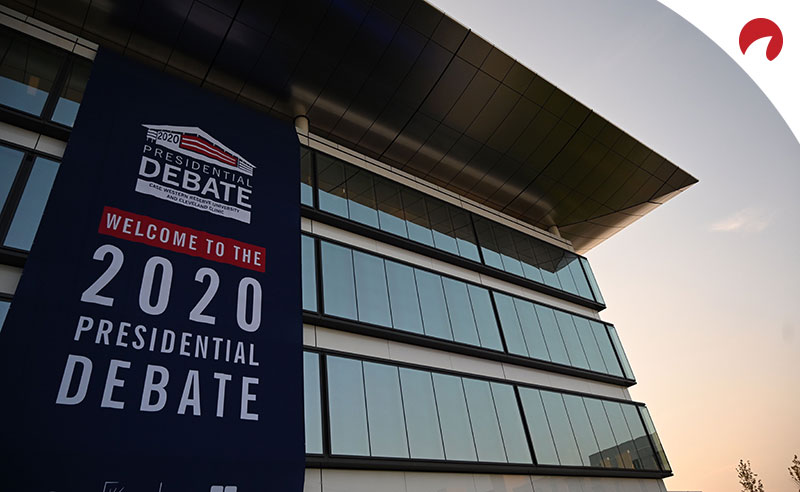 The final debate between United States President Donald Trump and Democratic challenger Joe Biden is scheduled to take place on October 22, and sportsbooks have released odds on what’s going to take place through presidential debate betting.

Muted Mics for the October 22 Debate

With the 2020 Presidential Election on November 3 creeping closer, the finish line is in sight. The first debate occurred on September 29, but the second debate, initially scheduled for October 15, was postponed due to Trump’s previous COVID-19 diagnosis.

A twist for the second and final debate – and a decision that will likely anger Trump – is that each candidate will have his microphone muted during the other’s initial response. That’s going to have a significant impact on presidential debate betting, as both men won’t be able to interject while the other is speaking.

The decision came after the Commission on Presidential Debates met on Monday afternoon to discuss potential changes to the debate format. The first debate between Biden and Trump quickly devolved into chaos, as the president frequently interrupted the former vice-president.

The first event in Cleveland was as lively and chaotic a debate as America has seen on this level in recent memory. Trump and Biden exchanged verbal jabs all night, with bitter exchanges and name-calling being the main takeaway.

“Will you shut up, man?” and “It’s hard to get any word in with this clown” were just a few of the retorts Biden had to Trump. Moderator Chris Wallace of Fox News repeatedly admonished the president for speaking over Biden and disregarding the previously agreed-upon rules.

Trump leveled a series of unfounded accusations against his Democratic rival and his family, invoking Biden’s son Hunter’s work in Ukraine and bringing up the younger Biden’s history of drug abuse. Trump frequently tried to paint Biden as a socialist who isn’t ready to enter the Oval Office.

When it comes to presidential debate betting, there’s significant money to be made as a result of the unpredictable nature of the platform between these two presidential hopefuls.

What Topics Were Covered in First Debate?

Expect more of the same on October 22, but with less havoc due to the muted microphones. Despite the addition of muted mics, the number of debate props hasn’t changed, as there are more options to wager on this time around in debate prop betting compared to the September event.

Here’s a look at the full list of props on the board for October 22 in presidential debate betting. For a full breakdown of props surrounding election betting, check out Gilles Gallant’s 2020 Presidential Election Betting Props article.