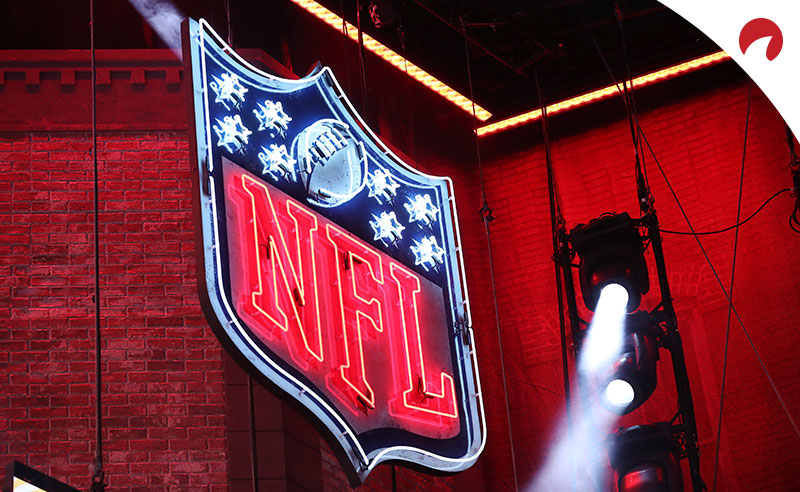 When it comes to odds on the 2021 NFL Draft, sportsbooks are united in projecting Clemson Tigers quarterback Trevor Lawrence to be the first player taken off the board in NFL draft odds.

Lawrence is the extremely heavy odds-on -5000 favorite at BetOnline to be selected first overall in the NFL draft, followed by Justin Fields (+1200) and Penei Sewell (+1800) as the other candidates.

Looking for more information on the numerous ways to wager on the NFL draft? Check out our How to Bet On the NFL Draft article.

Things can change incredibly quickly in football – just look at 2020 No. 1 overall pick Joe Burrow as proof of that. Burrow, who was considered a fifth- to seventh-rounder prior to his draft year, seemingly came out of nowhere to dominate the college football world in 2020.

Burrow flourished in his final year at Louisiana State, leading the Tigers to an undefeated regular season, an SEC title and a national championship. He won the Heisman Trophy by the largest margin in the history of the award and broke several NCAA FBS records, including most touchdown passes (60) and highest passer rating (202.0).

Lawrence’s resume is almost as impressive as his physical talent. Simply put, the 20-year-old has “franchise quarterback” written all over him, and NFL teams are chomping at the bit to take him in this year’s draft.

Lawrence has been considered one of the nation’s top collegiate signal-callers since the first half of his freshman season in 2018 when he took over for Kelly Bryant and led the Tigers to a national championship.

Clemson failed to replicate that success in the next two years under Lawrence, but it doesn’t matter. It would be a major surprise if the Jacksonville Jaguars, who own the first overall pick in the 2021 draft, don’t select Lawrence.

With Lawrence waiting, a litany of cap space available and ex-Ohio State and Florida head coach Urban Meyer in town, the future looks bright in North Florida. The chances of the Jags trading down in the draft or picking any other player are slim to none, and the odds indicate that.

Who Will Be Picked Second Overall in the NFL Draft?

While Lawrence to the Jaguars looks like a foregone conclusion, things instantly get a lot more interesting at the No. 2 spot.

The New York Jets own the second overall pick and face a huge decision. The Jets, who chose QB Sam Darnold at No. 3 overall in the 2018 draft, could move on from the USC product in 2021. So, will the Jets deal Darnold and select a new face of the franchise, or will they keep him and upgrade another spot on the roster?

The clock is ticking on New York general manager Joe Douglas. If the Jets don’t make a decision by the start of free agency, they risk losing Darnold’s market. There are some pundits who believe the Jets could get more for Darnold than the Philadelphia Eagles did for Carson Wentz in their recent trade with the Indianapolis Colts, but that’s up for debate.

If the Jets move on from Darnold and go the QB route, BYU’s Zach Wilson makes sense, so it’s no surprise to see him as the odds-on -175 favorite here in NFL draft odds.

Wilson is widely considered the second-best signal-caller in the draft and the Jets would be wise to build around him if they intend to start fresh at the quarterback position. If the Jets trade the pick for draft capital, the potential trade partner would likely be aiming for Wilson at No. 2.

Who Will Be Picked Third Overall in the 2021 NFL Draft?

The third overall pick in the 2021 NFL Draft belongs to the Miami Dolphins, who acquired the pick from the Houston Texans in a 2019 trade.

What happens here is anyone’s guess right now. The Dolphins picked Tua Tagovailoa in the first round a year ago, so on the outside they don’t appear to be in the market for a QB. But trade rumors are surrounding the Dolphins right now, and a deal for the No. 3 pick seems very much on the table.

Unless the Dolphins make a trade, it’s incredibly unlikely they’ll choose a QB, so it appears the shop is banking on a team moving up in the draft to take Fields as the likeliest option.

If Miami opts to hang on to the highly coveted draft pick, Sewell, Smith and Chase are all fine options for a team on the rise. Considering the Dolphins are relatively weak at wide receiver, though, it would make plenty of sense for the ’Fins to add a game-changing WR to an up-and-coming offense that needs playmakers to reach the next level.