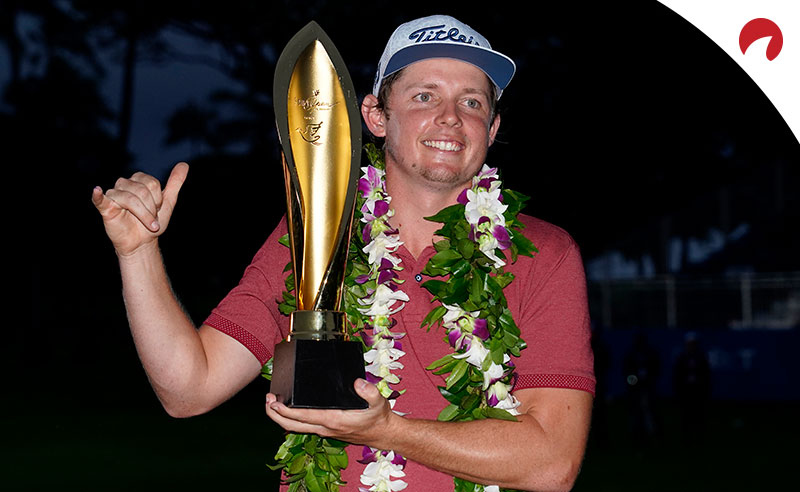 When it comes to odds on which golfers have the best chance to win the Sentry Tournament of Champions, Bovada has you covered.

Here’s a look at the golfers with the likeliest odds to emerge triumphant this week:

Odds to Win the Sony Open

Odds as of January 11 at Bovada

To learn more about wagering on the links, check out our How to Bet on Golf page. Looking to put some money down? Our Best Golf Sites article will help you find the sportsbook that’s right for you.

Cameron Smith is back in Hawaii to attempt to retain the bragging rights this week after winning here a year ago. Smith defeated Brendan Steele in a playoff to capture his first PGA Tour title as an individual with a birdie on the 72nd hole and a birdie on the first playoff hole.

Smith will be looking to become the first golfer to defend his title at this tournament since Jimmy Walker accomplished the feat in 2014-15. Only four golfers have gone back-to-back at the Sony Open.

Simpson, the 2021 Sony Open favorite, finished in third place after missing a 14-foot birdie on the final hole to get into the playoff. Graeme McDowell, Ryan Palmer and Kevin Kisner rounded out the top five last time around.

In total, 10 of the top 25 golfers in the world are set to tee it up at Waialae Country Club. Five of the top 10 men in the FedExCup standings will be at Waialae in the first full-field event of the calendar year, with the highest being Viktor Hovland at No. 3.

Justin Thomas owns the 18-hole record score of 59, set in his first round of the 2017 Sony Open. Thomas is also the owner of the 72-hole record of 253, which was accomplished at the same event.

Golf is unique for many reasons, but one of them is the significant number of betting props available at weekly tournaments. The Sony Open is no different.

Sportsbooks are offering odds on things like whether there will be a hole-in-one, OVER/UNDERs on the winning score for the eventual champion and odds on which players from specific countries will have the lowest score, to name a few.

Like other sports, betting on props is a fun and unique way to enhance your golf gambling experience.

Live Betting is arguably one of the most exciting ways to bet on golf. If the player you placed a pre-tournament bet on is out of the running at any point during the Sony Open, you can bet on another golfer as the days go by and have another stake in the game.

If there are only a few men in the hunt on the final day, the odds likely won’t be significantly high, but your chances of winning are. We’ve seen this happen multiple times in the PGA Tour’s Return to Golf, as multiple tournaments have gone to a playoff.

These helpful pages will assist you in handicapping your golf wagers: