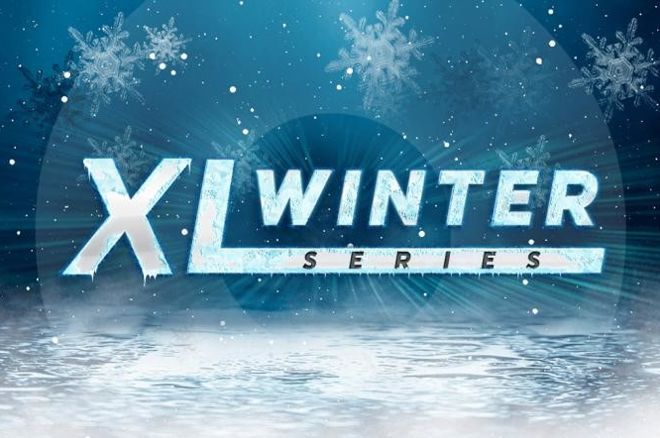 The XL Winter Series is officially a wrap after the three Main Events took place on Sunday.

The festival guaranteed more than $1 million across 34 events from Dec. 10-20.

Another Russian in Denis “_DENGER_” Kuznetsov shipped the Micro version of the Main Event while Brazil’s “afelipelli” ultimately proved victorious in the Mini version.

Read on to learn about all of yesterday’s winners in XL Winter events at 888poker.

By the time late registration closed, the Main Event attracted 1,804 entries. This created massive value for the 240 players that cashed with $76,060 in overlay.

The action was fast and furious after the late registration period closed. There were 434 players left at the tables, but it only took 90 minutes to play down to the money.

It didn’t slow down any once players began to get paid. About 30 minutes after the bubble burst, Dara “Doked” O’Kearney ended his day in 172nd place. O’Kearney, who literally wrote the book on PKO format poker, played a short stack very well up to the bubble, then got it in with a suited ace and a chance for bounties, but bricked his flush draw.

It took about another four hours to play down to the final table. Along the way, players like “Haddawayan”, “Ezreaal”, and “Langolier86” all built big stacks, but ultimately fell by the wayside. “D3n1sk4PP”” also built a big stack during the in-the-money phase, but ended up bubbling the final table in tenth place.

The final table took only about half an hour to complete, and it went in spurts. The first four eliminations came quickly, with “Kazi070486” scoring a double knockout of “Mute88” and “rivadeep” when they both got ace-jack in against the ace-five of the eventual winner, and a five came on the board.

Five-handed action lasted for a few minutes before Gytis “peledazmogis” Lažauninkas started the next flurry of eliminations with their fifth-place finish. Things went very quickly after that, and even the heads-up action lasted just a few hands before a cooler saw “Acp0lle” get it in with ace-jack only to run into ace-queen.

Three Brazilian players advanced to the final table of nine players. “BellaFicha” was the first of the trio out in sixth place for a total haul of $1,100 while the other two fared a bit better and battled it out heads-up for the title.

After more than 10 hours of total play, Brazil’s “afelipelli” shipped the title for a total prize of $6,894 after besting countrymate “JMBrotto” in heads-up play.

The final event on the schedule, in the XL Winter #34 – $15,000 Mini Main Event PKO was one just about every poker player could get involved with as it featured just a $5.50 buy-in.

Denis “_DENGER_” Kuznetsov made the most of the high-value event by shipping the bacon after more than 8 1/2 hours of play for a total of $1,739.

Also on the podium were Canada’s “averygrande” in second place for $992 followed by Brazil’s Rafael “RafaelGreick” Souza securing bronze for $603.

While the XL Winter Series is official a wrap, there is plenty of more excitement to come at 888poker during the Holiday season.

If you don’t have an account simply download 888poker through our links and you will be awarded an $88 bonus (£20 in the UK) without making a deposit. Once you are ready to make your first deposit, it will be matched in the form of a bonus up to $888, or more than twice as much advertised on the site.