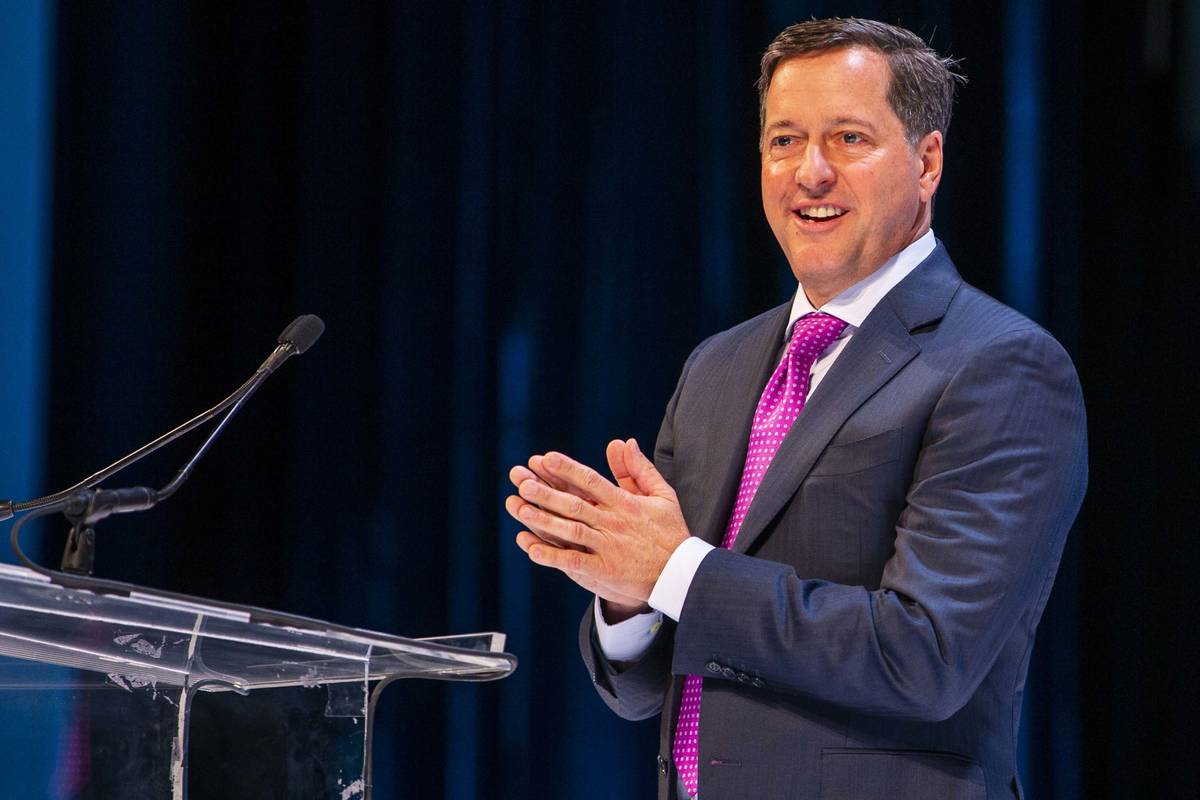 The American Gaming Association has one focus in 2021: accelerate the gaming industry’s recovery.

The national trade group, which represents the $261 billion U.S. casino industry, plans to work with President Joe Biden’s administration on policies that can assist the industry, according to Bill Miller, CEO and president of the AGA.

“We have a president now sworn in who’s committed to get things done in a bipartisan manner,” Miller said. “Our hope is to help this administration and this Congress with that goal.”

Miller is wasting no time with the AGA’s efforts. Thursday morning, he sent a letter to the Biden administration and every member of Congress sharing the AGA’s priorities and emphasizing the role that gaming plays in local economies.

“Policymakers that understand our impact are far more likely to support our goals,” Miller said in a virtual presentation Thursday.

Those goals include blocking policies that would be harmful toward the industry; developing “gaming champions” on Capitol Hill and within the Biden administration; and securing additional COVID-19 economic relief.

The gaming industry has long been overlooked by the government during economic crises, failing to secure relief after Hurricane Katrina, the Great Recession and 9/11. Miller said the CARES Act was the first time the industry got its fair share of relief, and he wants to see that happen again with the $1.9 trillion stimulus package the Biden administration has proposed.

“We wanted to make sure we were just treated like everybody else in the hospitality and travel and tourism space,” Miller said.

“There are states and cities like … Las Vegas and Los Angeles and San Francisco that depend on business travel and conventions,” Miller said. “We’re going to work really hard on that because it will meaningfully help juice the business travel and convention and trade show space, which is critically important for us to get from where we are now to where we want to be, where we were in 2019.”

U.S. gaming revenue was down roughly 32 percent year to date in November.

“We went through January and February with record numbers in both months, then we fell off a cliff,” Miller said.

The head of AGA considers 2020 the “toughest year for American gaming in our history,” but Miller remains optimistic on the industry’s road to recovery.

He pointed to the spread of vaccines and rapid testing, which should help kick-start the return of travel and tourism. AGA research found 1 in every 3 American adults plans to visit a casino this year, the highest rate since the AGA began tracking responses in March.

“If we’re sticking a million people (with the vaccine) every single a day across this country, we’re going to get to a place where people feel comfortable (traveling),” Miller said.

He added that casino properties could help speed up the vaccination process by offering up their properties as inoculation centers, similar to the partnership between Wynn Las Vegas’ Encore and University Medical Center.

Leisure travel isn’t expected to return to 2019 levels in the near term, but it should “start looking more normal” in the second half of the year, Miller said. Business travel will probably take longer to recover, since many companies are expected to be hesitant in allowing their employees to travel internationally and domestically.

“I believe there’s huge pent-up demand for gaming,” Miller said. “People will be excited to travel when vaccines roll out. They’ll be hungry for entertainment, and desperate to get escape from their homes. … That’s an environment where gaming always thrives.”