This game will be a great advertisement for good management and strong acquisition.

Few would have expected both sides to be in the top half of the Premier League at this stage but each will head into the second half of the season harbouring hopes of European qualification.

It’s been a terrific turnaround for this pair, particularly Villa, who could have been relegated on the final day of last season.

Their fans have been thinking more about the Champions League than the Championship lately and while such thoughts may be a little far-fetched, Villains must be delighted with the way Dean Smith was reshaped his team, bringing in the likes of Ollie Watkins, Ross Barkley and Bertrand Traore to great effect.

That trio has helped turn Villa into a better attacking force but perhaps the most significant change has been the defensive improvement.

Last year, Villa threw away leads for fun. This season they’ve won 10 of the 11 games in which they’ve led.

Villa don’t appear to have been thrown off course by the recent bout of COVID-19 in their camp. They have won two (Newcastle H, Southampton A) and lost two (Man City A, Burnley A) but should have beaten Burnley, while they also had their chances at City, who scored a controversial opener.

Hammers must bounce back

West Ham (3.55/2) have also shown good form of late but their six-game winning run in all competitions was ended by Liverpool at the weekend. Given the Hammers were facing a much-weakened side, their performance was somewhat disappointing.

They’ll look to bounce back here and will do so with the confidence of knowing they have already beaten Villa this season, 2-1 in the reverse fixture.

Watkins missed a late penalty and had a goal controversially disallowed in that one though and there looked little between the sides. The table also suggests that, with West Ham three points ahead having played two games more.

Lack of goals may be the value

The draw will therefore be the play for some at 3.55 but the first goal may well prove to be a huge one here given some notable stats that in-play punters may certainly find useful.

I’ve already shown how good Villa have been at holding onto leads, but West Ham have also been good front-runners, winning of 10 of 13 in which they’ve been ahead.

Villa have lost seven of eight in which they’ve trailed too.

Given it’s hard to see either side running away with this one, under 2.5 goals may therefore be the value at 2.245/4.

It’s landed in eight of the last nine meetings between the sides, too.

Another statistic shows where this game could potentially be won and lost.

West Ham lead the league for set-piece goals scored. Villa sit a decent third in that list too.

For the Hammers, Tomas Soucek – arguably last January’s best signing – is an obvious threat given the goals he’s scored over the past couple of months, but his odds in related markets have contracted considerably as a result.

Craig Dawson has been another eyecatcher on that front.

He’s scored in three of his last five games having only recently come into the side and the Watford loanee appears to be taking advantage of all the attention Soucek is now receiving. 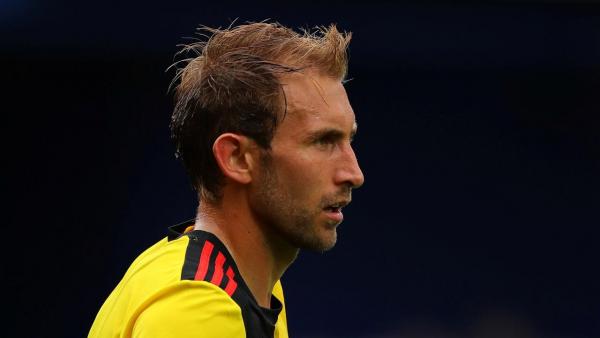 He was always a threat on corners and free-kicks during his West Brom days and now Dawson is being sought out by Aaron Creswell’s often-excellent delivery.

Back Barkley for a shot on target

However, the best bet I like for this game comes in the shots market where Ross Barkley is 10/11 to have a shot on target.

That’s occurred in six of the midfielder’s nine games this season, including at Southampton at the weekend when he bagged the winning goal.

Only Liverpool have had more shots on target per game than Villa this season, while Barkley’s side are also third in the shots-per-game standings.

Barkley plays as the central support to Watkins and his runs into the box get great service from Jack Grealish and Traore in wider areas.

The former Everton and Chelsea man also likes a shot from distance so, all things considered, this price looks too big.