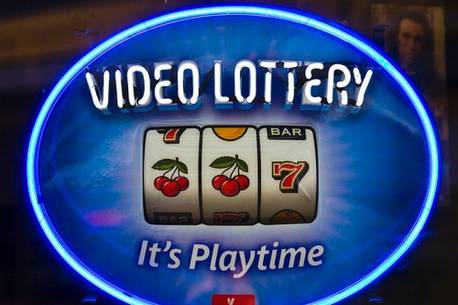 Atlantic Lotto’s plan to expand a new high-stakes online casino into Nova Scotia needs to be shut down by the provincial government, says a Halifax gambling counselor.

The website has already been rolled out in New Brunswick allowing people at home to wager up to $500 on a hand of blackjack and as much as $100 for one play on a virtual slot machine.
The Crown corporation is trying to persuade each of its Atlantic province shareholders to follow New Brunswick’s lead. Finance Minister Karen Casey is also responsible for Nova Scotia Gaming Corporation, which oversees Atlantic Lotto. She isn’t dismissing the proposal.

“Why would you put the highest risk gambling product online for people in the middle of a pandemic?” said Stephen. “We know that drinking is going up. We know that all kinds of online activity is going up because people have nothing else to do. They’re stressed, they need money. You would hope at the very least that a government would be doing what it can to protect people and do no harm.”

CBC News in Newfoundland and Labrador showed the Atlantic Lottery Corporation has been trying since 2016 to persuade the four provinces to buy in with promises of big profits.

It projected an Atlantic Canadian online casino could generate $122 million in net revenue over seven years.

Atlantic Lotto argues that an online casino could curb offshore online gambling and keep profits in the Atlantic region. Greg Weston, a spokesman for Atlantic Lotto, said in a statement to The Chronicle Herald that the Crown corporation is working to support each province in their decision of whether they would like to introduce casino-style games. He said they offer a safe, regulated alternative to the more than 3,000 offshore websites available to Atlantic Canadians.

But Stephen questions the logic, saying that many people don’t venture into offshore gambling because of legal concerns around the industry. She said Atlantic Lotto is a known name and is legitimizing highly addictive gambling by making it available on its website.

“They are going to introduce online gambling slots and VLTs to a whole new number of people that would never go into a bar or a casino to play,” she said.

Gambling is big business for the province, which brought in $30 million dollars in revenue from Halifax and Sydney casinos during the last fiscal year alone. Stephen believes the province is attempting to make up for lost revenue from the casinos being closed during the pandemic.

The Nova Scotia Gaming Corporation is saying little about whether it plans to go ahead with an online casino. Spokeswoman Tracy Barron said in a statement to the Herald that the implementation of online casino-style games is being evaluated. She also said Nova Scotians already have access to an array of online gaming through Atlantic Lotto’s website, including Atlantic 49 and national games 649 and lotto max.

“Nova Scotia Gaming Corporation’s priority is to run a safe and responsible industry that operates in the best interest of all Nova Scotians,” she said. “That includes considering existing and emerging research related to online gambling.”