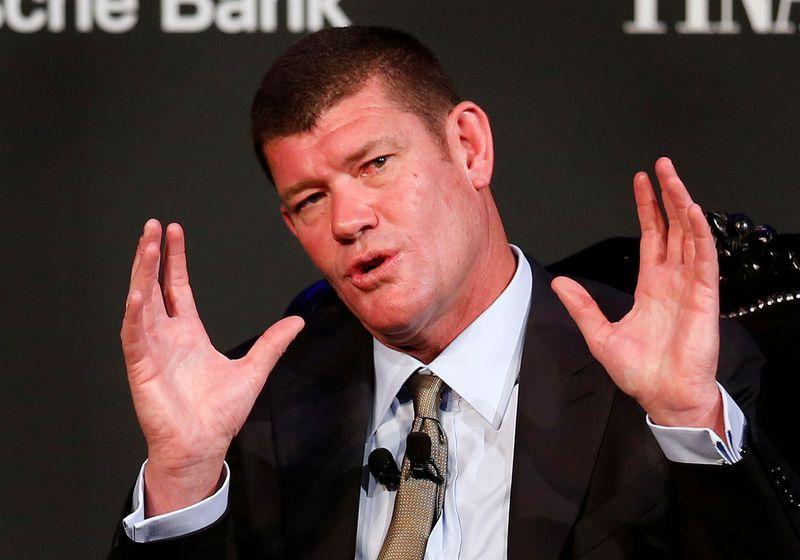 SYDNEY (Reuters) – A lawyer for billionaire James Packer dismissed claims the founder of Australia’s Crown Resorts Ltd CWN.AX had undue influence over the casino company, saying that as an ex-board member he was not accountable for corporate governance failings.

Packer, Crown’s 36% owner who quit its board in 2018, had a deal where the company gave him frequent trading updates and Packer gave “advice”, but that did not amount to running it from the sidelines, his lawyer, Noel Hutley, told a regulatory inquiry.

The summing-up remarks show Packer’s camp distancing the high-profile business figure from a litany of alleged management missteps described in months of hearings, just as Crown seeks to keep its casino licence a month before opening a A$2.2 billion ($1.6 billion) resort in Sydney.

Lawyers running the inquiry have questioned whether Crown should retain its licence, saying the 2016 jailing of 16 Crown staff in China for breaching anti-gambling laws resulted from Packer’s influence. They have recommended finding Packer unsuitable to be an associate of a casino, and forcing him to cut his stake.

“They seek to attribute at least some of the blame for the apparent failings of Crown Resorts to Mr Packer,” Hutley said.

“This is unwarranted and an unfair characterisation of Mr Packer’s role, which is simply not supported by the evidence.”

When Packer testified, he acknowledged the company failed to act on warnings about staff safety, but “a lot of things that he had seen or heard in this inquiry had been a total shock to him”, Hutley said.

He said lawyers for the inquiry had produced emails between Packer and Crown’s top management to argue he ran the company despite holding no formal role, but that Packer was just giving advice which the company was free to reject.

The retired judge overseeing the inquiry, Patricia Bergin, said Packer appeared “angry” in some emails, suggesting the relationship was “more than just proffering some business acumen”.

“He was a shareholder, and a large one,” said Hutley. “He was interested, at a personal level, in the outcome. That doesn’t mean he’s in a position of control.”