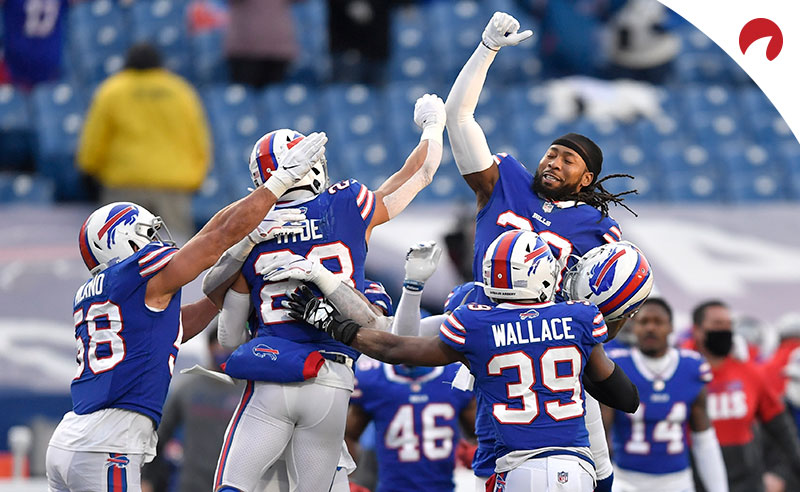 The NFL divisional round is here and four highly anticipated matchups are on deck. As a result, odds at sportsbooks have been on the move in a big way since opening.

Monitoring line movement is one of the best ways to assess where the money is going for NFL matchups. There are two types of bettors that frequent online sportsbooks: the public and the sharps.

The betting public is your average joe who likes to casually wager on football. The public will bet mostly favorites and tends to pay more attention to the teams that are receiving the most media attention.

On the other hand, sharp bettors tend to go against the grain and find value where not many others do. Books will shift lines depending on where the sharps are placing their bets. The sharpest bettors get their action in shortly after the odds are released, as they anticipate which way the lines will move.

Line movement can also account for injuries and, in 2020, the COVID-19 cases NFL teams are announcing each week.

So, which lines are on the move for the divisional round? Here’s a breakdown of the biggest odds changes of the week.

Note: all line moves were as of Wednesday morning. Odds courtesy of Bovada.

After Buffalo opened as a field-goal favorite, action on this game has come in on the Ravens at sportsbooks, as the Bills were sitting at -2.5 as of this writing.

The biggest storyline in this game is the weather in Orchard Park. The forecast is currently calling for a 40 percent chance of snow in Buffalo on Saturday – conditions that would greatly favor the home team. Accumulation could be as much as an inch.

When asked about his experience playing in snow, Ravens QB Lamar Jackson said: “Zero. Saturday would be my first time playing football in the show, if it does. Hopefully, it don’t.”

If the chance of snow continues to climb closer to kickoff, expect this number to begin trending in the Bills’ favor and more money to come in on the UNDER.

It’s never easy for a road team to go into Lambeau Field in the playoffs, but it’s even tougher when that club plays in a dome in California.

The Rams, fresh off a 30-20 victory over the Seahawks on Wild Card Weekend, face a daunting task against the top-seeded Packers on Sunday. Jared Goff is clearly still hampered by his surgically repaired thumb after getting forced into action against Seattle due to an injury to John Wolford, and Aaron Donald – the Rams’ most important player – is not 100 percent either thanks to a rib injury.

While Goff and Donald are both likely to play against the Packers, it appears the Rams won’t be at full health. Bettors clearly aren’t expecting to see a shootout on the frozen tundra, and the O/U for this contest has gone down slightly from 46.5 to 45.5 as a result.

Sunday’s Bucs-Saints tilt easily has the best storyline of the weekend thanks to the legendary signal-callers under center for both sides.

Tom Brady and his new team are looking to prove they’re real Super Bowl contenders in the NFC, while Drew Brees could very well be playing in his last postseason for the Saints.

The Saints have had the edge over the Buccaneers this season. New Orleans beat Tampa Bay 34-23 in the season opener and blew out the Bucs 38-3 in November.

The majority of the betting public is not letting those past results impact their decision-making this weekend, however, as the spread is trending in the Bucs’ direction at the halfway point of the week.

Looking for the sportsbook that’s right for you to get some money on NFL games? Check out our Sportsbook Review page. To learn more about how the point spread is used in NFL games, be sure to visit our What is a Point Spread? article.