If you like to play BlackJack and the idea of ​​combining the classic card game with a rogue-like dungeon crawler seems appealing to you, you should try RogueJack.

The game is an old school eight-bit dungeon crawler, but every time you get into a fight with an enemy, you face him in a hand of Blackjack. In the later parts of the title, enemies take more damage, so you may have to play more than one hand to take them down.

The objective of RogueJack is to make it as deep as possible in the dungeon. So far, I’ve made it to the 19th floor, and I really hope there’s something fun on the 21st floor once I hit it.

The game also uses Rogue-like mechanics, which means you reboot at the beginning of the dungeon to make another attempt every time you die. There is an altar that transports you to the deepest floor you have ever discovered, and when you fail, you can see an advertisement for three more lives once per attempt. 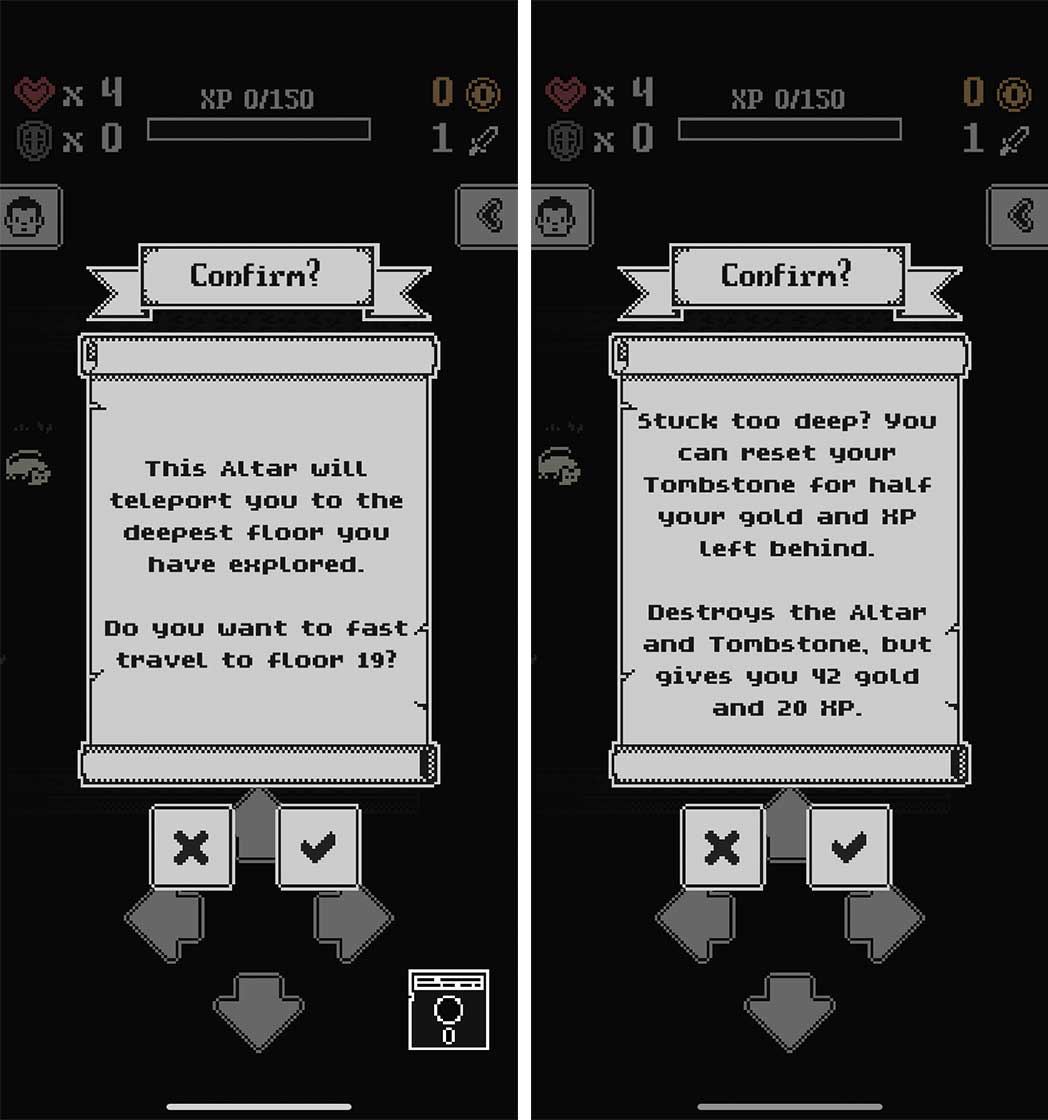 When I started the game, I found myself using the altar a lot, but as I got to deeper floors, I found that I use it less, as transporting directly to the 19th floor without a weapon or shield is dangerous.

What makes each one go through RogueJack Unique is that each floor features a different layout with different enemies and items to use. Each enemy also plays Blackjack in slightly different ways, making some enemies more formidable than others.

For example, the Rat plays his two cards face up and never draws any. On the other hand, the goblin has two life points, hides one of his cards and remains at 16, which makes him much more difficult to defeat. 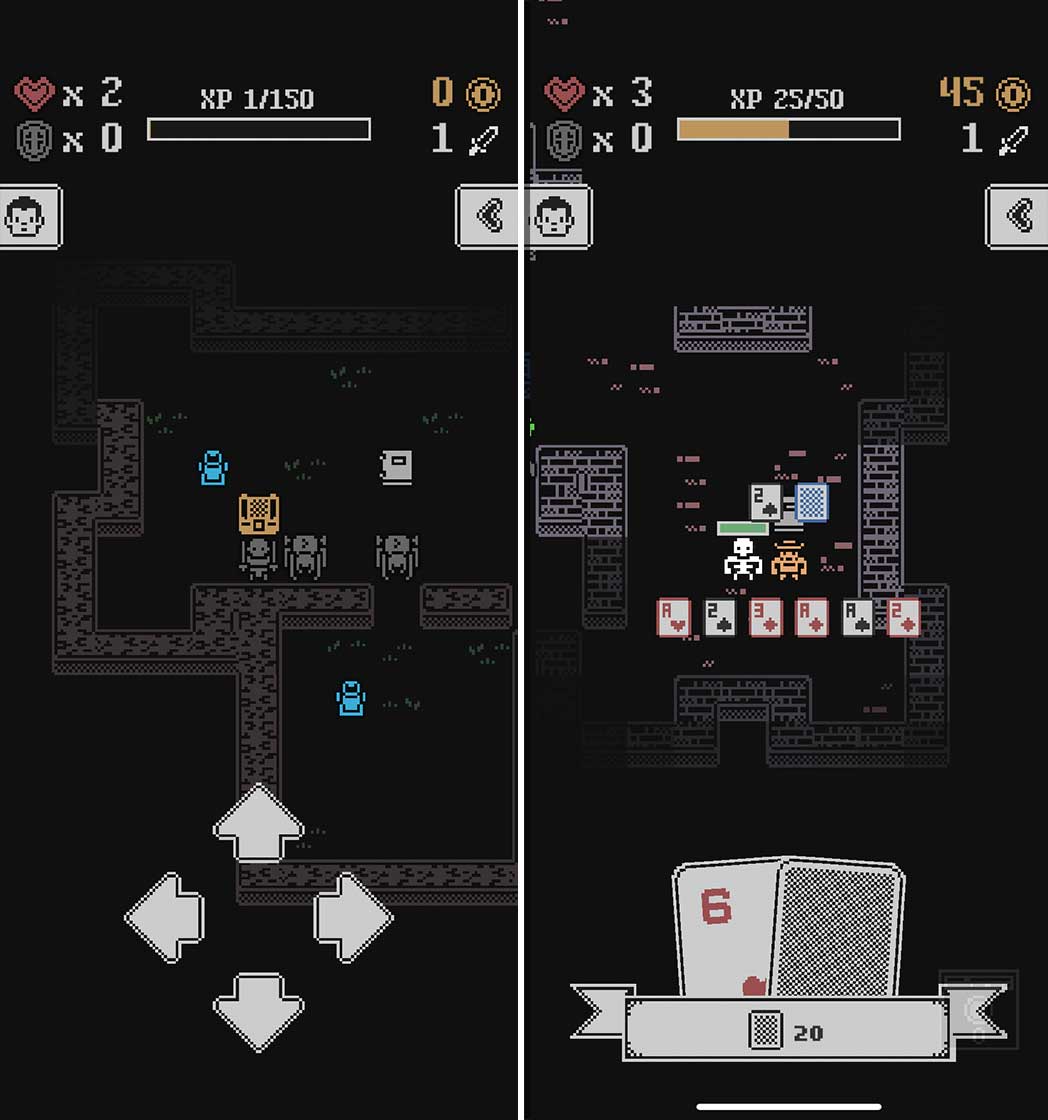 You can also find a variety of weapons like the ‘Frostblade’ that does one point of damage but has a chance to freeze an enemy for one turn so you can run around him. There are other more powerful weapons to discover, including some that even allow you to see specific cards before drawing them. Your character always carries a weapon and a shield. The shield gives you an extra life or two, so finding them is very important.

The only thing that carries over through each journey through the dungeon is your character’s level. This includes things like your maximum health, how many cards you can draw, and whether or not some of these cards will be face up. For example, the level two character can see the card he draws before taking it, but only gets one card to choose from. For comparison, my level six character can select from three cards, but there is only a 50 percent chance that they are face up. 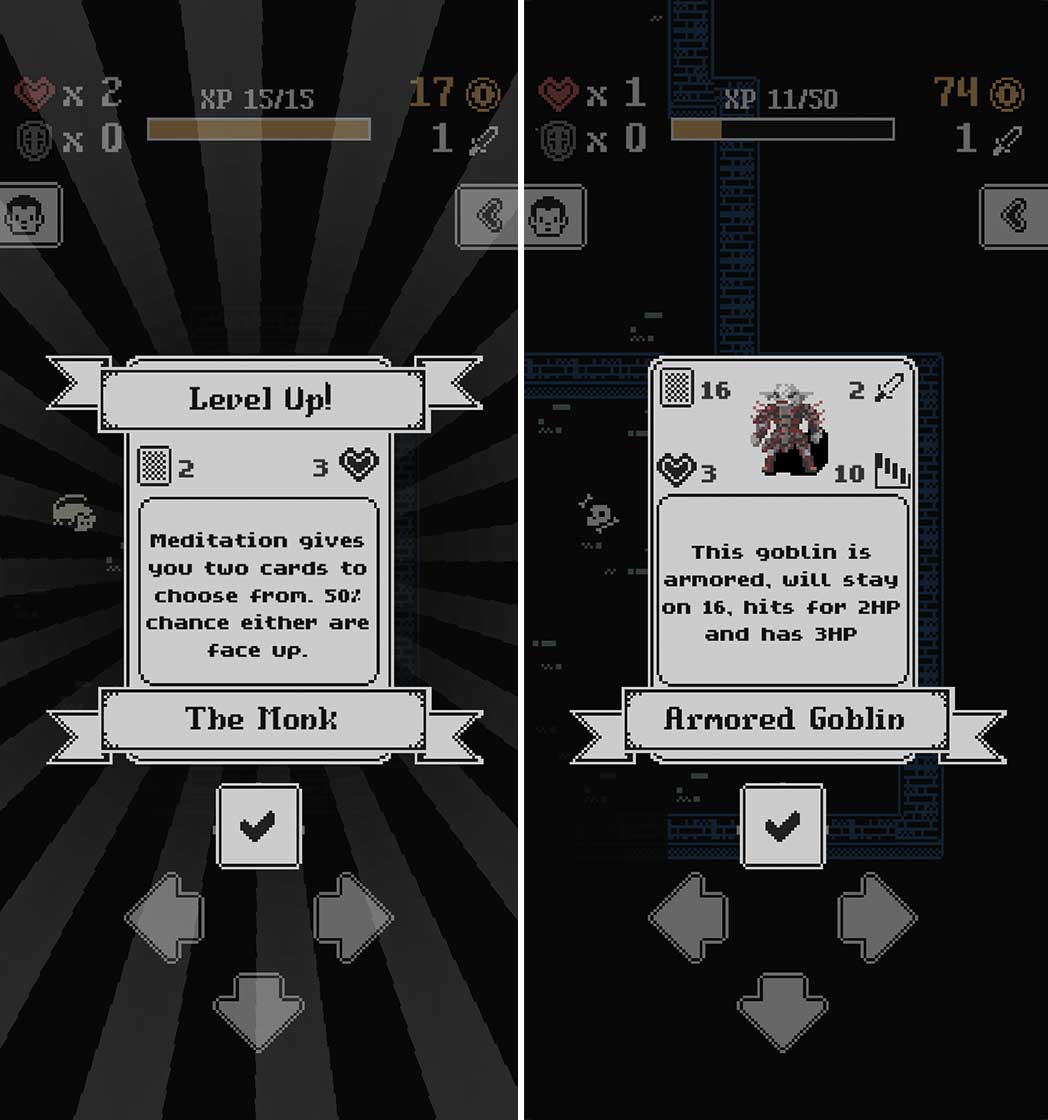 The art style and music are also very retro, giving this game a timeless feel as you adventure through its endless dungeons. As you go along, the walls change color and the floor texture changes a bit, but overall it’s a simple design that still looks great. I would have liked to see a few more enemy models, but that doesn’t detract from the overall experience.

Another advantage is that RogueJack it is very easy to play with one hand. The main screen has a consistent directional keyboard at the bottom of the screen and to play Blackjack, tap the card you want to draw or tap the rest of the screen to stay. Since the game is that simple to play, I find myself pulling it out quite frequently to squeeze in a few more floors in my quest for the 21st floor.

RogueJack it’s free to download at iOS Y Android, but you will have to watch a 30 second ad to revive and access the treasure chests. That said, you can pay $ 2.79 on iOS and $ 2.59 on Android to get rid of the ads. I don’t find the ads intrusive, but since I like it so much, I can spend the $ 3 to support the developer, as I feel like this game is worth so much.