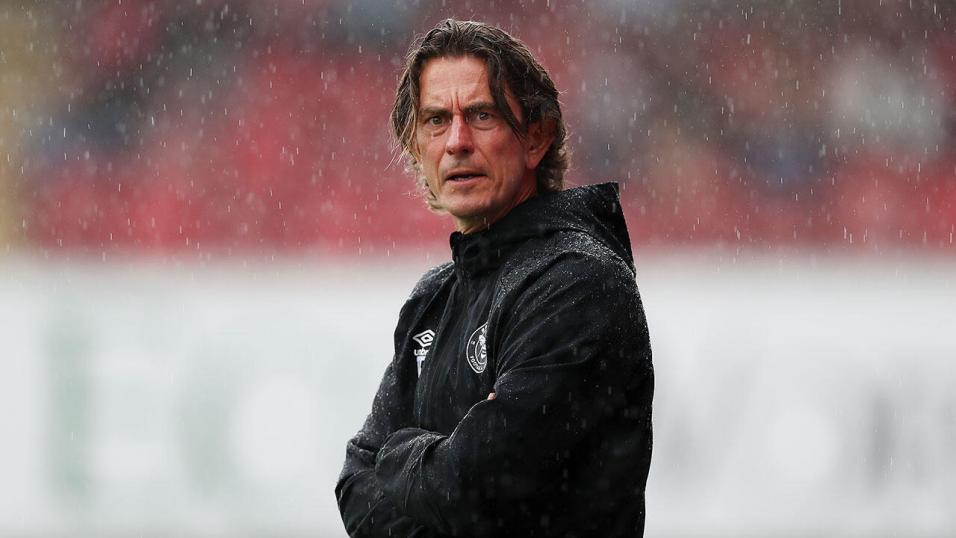 The visitors could claim the decisive moment was a rather soft penalty awarded for a challenge on Canos, which Toney converted to make it 4-2. Not that Frank thought it mattered, saying: “We can talk about decisions but when you win 7-2 there is not too much to discuss. To manage to score seven goals is incredible, so big credit to the players.”

Bristol City‘s top-six Championship ambitions suffered a blow on Saturday as the Robins fell to a demoralising 1-0 defeat away at Derby. Rams’ top scorer Colin Kazim-Richards struck the only goal of the game after just four minutes for the hosts, and Dean Holden‘s outfit offered precious little in response – City fired in just four attempts overall in a limp display.

Alfie Mawson, who had a header saved before the break, Bristol City’s only on-target effort, also missed a late chance, as did Famara Diedhiou, but the Robins created few worthwhile openings and failed to even force a corner. It was the visitors’ fifth successive league defeat on the road – fourth without scoring – and leaves City three points adrift of the play-offs.

Speaking post-match, Holden said his side were “Nowhere near the level we would expect in our performance, all over the pitch our performance levels weren’t what they’ve been in the last couple of games. We just didn’t seem to have a spark in our performance.” Exciting young winger Owura Edwards impressed off the bench and could feature again here.

Brentford come into this clash having lost once in their last 12 league meetings with Bristol City (W7-D4-L1). Curiously, that reverse came as hosts in October 2018, and the Robins have managed to avoid defeat on the road against the Bees in each of their past three (W1-D2-L0). However, the most recent head-to-head ended in a resounding 4-0 Brentford success.

Brentford 1.501/2 made their traditionally slow start to the Championship season but few can ignore the Bees’ form since October’s international break. The hosts have posted W12-D8-L1 over their past 21 league encounters, including their current 18-match unbeaten streak. The hosts have returned W7-D3-L1 when welcoming sides below them in the standings.

Bristol City 8.4015/2 made a bright start to 2020/21 but the Robins have since endured a series of inconsistent performances and results. In fact, since October’s international break, Dean Holden’s men have managed W8-D3-L11 with a strong proportion of those poor outcomes arriving on the road (W3-D1-L7). The guests are winless at the top-seven (W0-D2-L5).

Brentford’s 7-2 thrashing of Wycombe at the weekend has ensured Bees’ games are the best for goals in the Championship this term with an average of 2.76 per-game, which increases to 3.00 as hosts. However, only 7/13 (54%) of those fixtures at the Community Stadium have beaten the Over 2.5 Goals 1.875/6 mark.

A large quantity of Bristol City’s recent outings – 11/16 (69%) – have featured Under 2.5 Goals 1.9620/21 and the Robins haven’t done enough from an offensive standpoint to suggest this meeting could escalate into an end-to-end thriller. The visitors have managed only 11 shots in their most recent three league games, whilst scoring once in five away days.

With that in mind, Brentford to win and Under 3.5 Goals looks a smart solution at 1.981/1 quotes via the Same Game Multi.

The Bees hadn’t struck more than three goals in a Championship contest before facing rock-bottom Wycombe, whereas Bristol City have only twice shipped three times in a league encounter in 2020/21, and are yet to leak more.