Two of the top six meet at Stadion An der Alten Försterei, with hosts Union Berlin hopeful they can keep up their surprising strong start. Opponents Leverkusen, however, have lost just once away from home all season and will be desperate to get their season back on track after three winless games. Infogol’s model backs an away win, but anticipates a close-run affair.

Dortmund to stay in touch with a third straight win

Borussia Dortmund are beginning to remind us of what they can do, with impressive victories over Wolfsburg and RB Leipzig breathing new life into their season, and Infogol’s model expects them to make it three in a row. Opponents Mainz went bottom thanks to Schalke’s win last weekend, and even the win at Signal Iduna Park in June may not be enough to inspire them to another shock.

Köln to come out on top after tight battle

Both of these teams struggled to create away from home last week, drawing blanks at Freiburg and Bielefeld respectively, and Infogol’s model doesn’t see much to choose between these two bottom-half sides. However, hosts Köln are given the slight upper hand against a Hertha side averaging 1.73 xGA per game away from home.

Hoffenheim to rebound from Schalke humbling

Hoffenheim have the unwanted honour of being the first team to lose to Schalke in almost a year, and the game being closer than the 4-0 scoreline suggests will be no consolation. Sebastian Hoeneß will want an instant response from his side, and Infogol anticipates a home win against an Arminia side averaging just 0.83 xGF away from home and earning just four points from seven games on the road.

Werder to pick up first home win in three months

Werder’s last home win came all the way back in early October, but the visit of Augsburg to Weserstadion could be enough for Florian Kohfeldt’s team to pick up a much-needed three points. The corresponding game ended 3-2 last season, with Yuya Osaka scoring the winner, and Infogol’s model expects both sides to concede again this time around with a similar result ensuing. 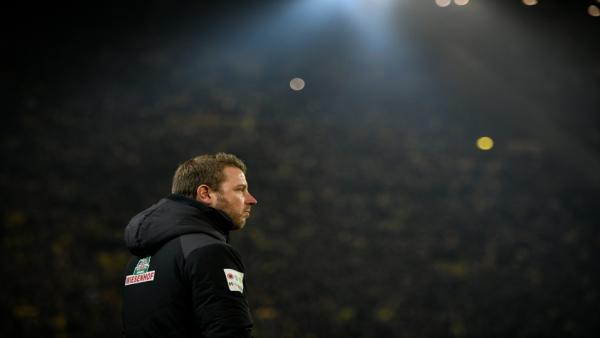 Leipzig to keep title challenge going with away win

A tough run of games has taken its toll on Wolfsburg, who are playing a sixth successive match against opposition currently in the top half, and visitors Leipzig have seen their away form pick up going into the game. Julian Nagelsmann’s side were under-par in defeat to Dortmund last time out, but Infogol gives them a 46% chance of victory after last season’s game at Volkswagen Arena ended goalless.

Gladbach to stay in European picture with third straight win

Gladbach caused a stir last weekend with an impressive victory over Bayern Munich, and Marco Rose will hope his side can continue their momentum away to Stuttgart. The hosts are coming off a tidy win of their own, putting four past Augsburg, but are still winless at Mercedes-Benz Arena and Infogol doesn’t see that underwhelming home form changing on Saturday evening.

Bayern to bounce back after Gladbach reverse

It has been a tough week for Bayern Munich, who lost their last league game and were dumped out of the cup by Holstein Kiel in midweek, and the sight of a Freiburg team coming off a 5-0 triumph may worry Hansi Flick. However, the champions have consistently been good at stemming the flow amid difficult runs, and Infogol’s model gives them a strong chance of getting back to winning ways against a side who they beat 3-1 back in June.

Frankfurt to stop Schalke’s winning run at one

After finally snapping their winless streak last week, and in some style, Schalke would have preferred not to be facing opponents coming off three straight Bundesliga victories. Frankfurt have averaged 2.18 xGF across those three wins, and Infogol’s model backs them to earn a fourth straight win despite the goal threat of last week’s hat-trick hero Matthew Hoppe.