Newport can do it again

Michael Flynn has done a sterling job at Newport County – even if he himself would say he’s failed to deliver the prize the club craves the most, promotion to League One.

After taking over in 2017, Flynn managed to preserve the club’s Football League status and just two years later they were in the play-off final.

It was a mid-table finish in last season’s curtailed League Two programme but Newport did reach the EFL Trophy semis, continuing what has become a very strong cup record under Flynn.

County knocked Premier League Leicester out of the FA Cup two seasons ago but that is just one of several impressive cup wins in recent years at Rodney Parade.

This season’s first-round victory over Swansea was their sixth at home to opponents from a higher division under Flynn’s leadership. They’ve also won two such ties on the road in the same period.

Last week Cambridge were seen off 1-0 when Flynn made only four changes – the fewest of the sides who progressed to round three. Expect something similar here.

Watford, on the other hand, can be expected to rip up their teamsheet from the weekend’s goalless draw at Sheffield Wednesday and revert to something like the side which scraped past Oxford last week. The fact that eight of the players wore a shirt number above 24 says much.

The mix-and-match XI were second best for most of the game but eventually edged it on penalties. They may not be so fortunate here against proven giant-killers.

A much-weakened Watford side lost at current League Two side Tranmere in the FA Cup earlier this year and [6.4] about them bowing out in 90 minutes here is simply too big.

It’s been a decent start to the season for Millwall with three wins and a draw across the Championship and this competition. Only two goals have been conceded.

The Lions host Premier League Burnley on Wednesday when the Clarets may well have other things on their mind.

Defensive injuries cost them in Sunday’s season-opener at Leicester, a game they lost 4-2, and boss Sean Dyche will very much be keen to get early points on the board when struggling Southampton arrive at Turf Moor at the weekend.

Dyche has never paid a great deal of attention to this competition, as evidenced by the fact last week’s penalty shoot-out win over Sheffield United was just Burnley’s second EFL Cup victory in six top-flight seasons under their current boss.

This is the sixth of those campaigns and in the previous five, the Clarets have always exited at the hands of lower-league opposition, the ignominious list being made up of Burton, Sunderland, Leeds, Sheffield Wednesday and Accrington.

Millwall look capable of adding their name to it.

Manager Gary Rowett (pictured) spoke with pride about his team’s physical presence and aggression after Saturday’s 1-0 win at Rotherham. He also talked about how well hey had dealt with two “very direct teams” in the Millers and Stoke. 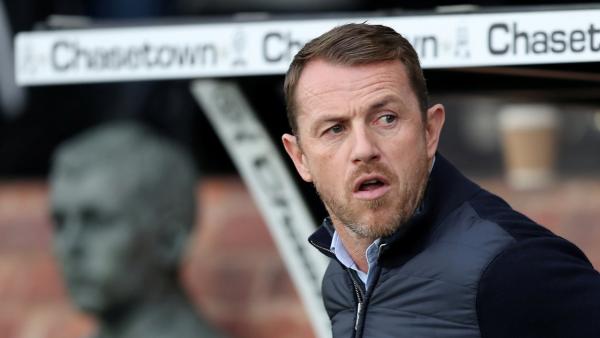 While not wanting to jump on the stereotype bandwagon, a look at Sunday’s stats at Leicester show Burnley completed fewer than 200 passes and had a pass success rate of just 68%.

In short, Millwall should be well prepared for this game and backing them at odds-against in the draw-no-bet market looks more than fair.

Back City for flying start

Much has been made of City’s luck of the draw in the domestic cup competitions under Pep Guardiola and things are no different so far in 2020/21.

A home tie against Championship opponents is pretty much ideal for a side starting their season late following last month’s Champions League disappointment.

The cup holders’ squad strength is well known. While many changes will be made from the side which faced Wolves on Monday in the Premier League, Guardiola usually manages to put out a strong attack in these games given the resources he has available.

It looks an ideal opportunity for new boy Ferran Torres to get game time, for example, while the likes of Riyad Mahrez, Bernardo Silva and Raheem Sterling have all often played in the early rounds of this competition.

It is that attacking depth which points the way towards the game’s best bet – namely City to score over 1.5 goals in the first half at 7/4.

They’ve landed this in five of their last seven home games against lower-league teams, most recently against another decent Championship (at the time) team, Fulham.

In addition, City notched twice before the break in both Premier League games against the Cherries last season – their last visit here was only in July.

Their new boss, Jason Tindall, made 10 changes to his team for last week’s second-round tie against Crystal Palace – they won it on penalties – and I’d expect a reserve XI again at the Etihad given a massive league clash with Norwich awaits on Sunday.

Click here for previews of the third-round TV games