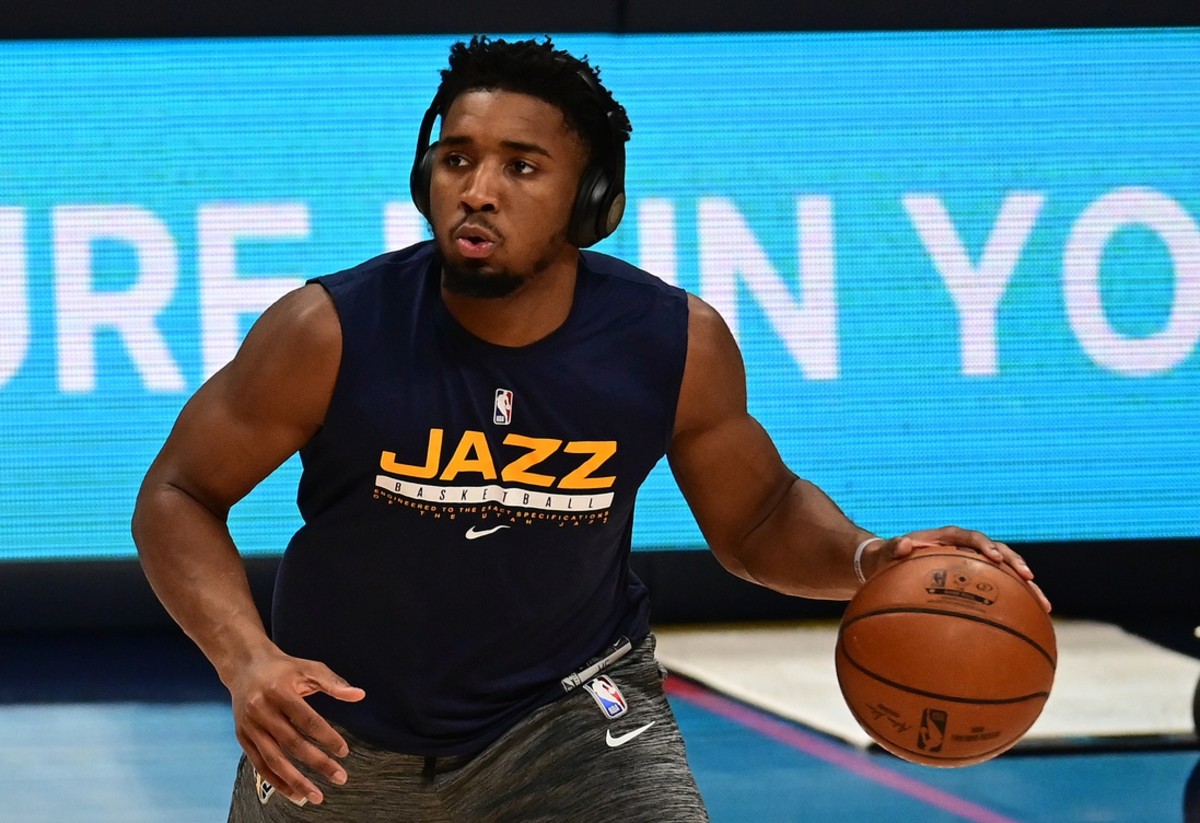 LOUISVILLE, Ky. – Even though the calendar has flipped to February, a month that typically marks the halfway point of a normal NBA season, we are through just six weeks of the 2020-21 season due to the COVID-19 pandemic suspending the prior season for over four months.

That being said, several former Louisville men’s basketball players continue to make an impact across the association. As of Feb. 1, there have been seven former Cardinals play in an NBA regular season game this season: Gorgui Dieng, Montrezl Harrell, Damion Lee, Donovan Mitchell, Jordan Nwora and Terry Rozier.

So how have these former Cards performed in the NBA roughly a month and a half into the season? Take a look below:

After getting traded from the Minnesota Timberwolves to the Memphis Grizzlies last February, Dieng is now entering his first full season with his new team. Like in Minnesota, he has carved out a back up center role, this time behind Jonas Valanciunas instead of Karl-Anthony Towns. So far, he’s had a solid start to his eighth year in the league. His 8.7 points and 1.7 assists per game is his highest since averaging 10.0 and 1.9 during the 2016-17 season. Although his rebounding and block (0.7bpg) numbers have dipped a little bit. He has, however, developed a bit of a three-points, averaging 1.2 three-pointers per game and shooting 46.4% from beyond the arc, both of which are career-highs.

Instead of re-signing with the Los Angeles Clippers in free agency, where he won the 2019-20 Sixth Man of the Year, Harrell elected to stay in Los Angeles, but sign with the Lakers. His scoring totals have dipped a bit from last season since he is taking less shots, although that tends to happen when your team’s top two options are LeBron James and Anthony Davis. However, even though he has not started a single game this season so far, he has been far more effective than starting center Marc Gasol, who is averaging 3.9 points, 4.4 rebounds and 2.0 assists on 19.4 minutes per game to Harrell’s 24.5.

Halfway through last season, Golden State inked Lee to a multi-year contract after having previously signed him to a pair of two-way contracts, and this season, he’s showing them why he was worth roster slot. Just three games into the season, he buried a game-winning three-pointer to down the Bulls in Chicago. While his scoring is slightly down from last season, as expected with brother-in-law Steph Curry back from injury, he is shooting 46.7% from the field and 42.9% on three-point attempts, both of which are career highs and the latter is third-best on the team. With Klay Thompson out with an achilles injury, Lee is currently the backup shooting guard to Kelly Oubre Jr.

Mitchell had already established himself as a rising star during his All-Star season last year, and his performance in 2020 NBA Playoffs cemented him as one of the league’s next superstars. How has he followed that up? By setting career-highs in both three-point shooting and assists per game, leading the Jazz to the second-best record in the NBA at 15-5, and establishing Utah as a legitimate title contender. On Jan. 22, he became the fastest player in NBA history to reach 600 career made three-pointers. He is currently 23rd in the league in points per game and 40th in assists.

During the 2020 NBA Draft, Nwora became the 76th former Louisville player to be drafted into the NBA when the Bucks took him at No. 45 overall. In his NBA debut on Christmas Day, he became the 58th former Card to play in an NBA game and the 56th to score, doing so against Damion Lee’s Warriors. Since the first few weeks of the season, he has been seldom used by the Bucks, as he has not been inserted in a game since Jan. 11 at Orlando. So far, his career-high in points is 11, coming on Jan. 6 against Detroit.

So far in his second full season as a member of the Hornets, Rozier is having arguably his best year in the league. Not only is his scoring average on pace to be a career-high, but so is his field goal shooting, three-point shooting and steals (1.7) In fact, so far in his stint with Charlotte dating back to the beginning of last season, he is averaging over 10 points more per game with the Hornets (18.1) than in his four years with the Celtics (7.7). This short season has already had a pair of memorable moments for Rozier, such as setting the NBA record for three-pointers made in a season opener with 10, and posterizing perennial All-Star and former league MVP Kevin Durant.