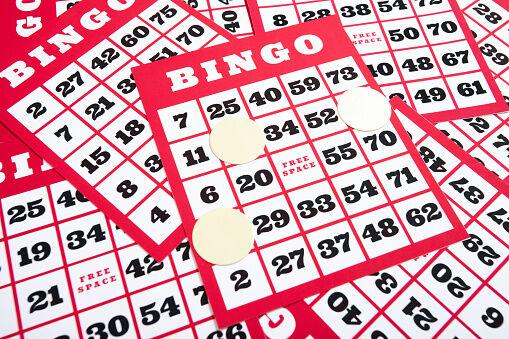 Youth sports. Playground equipment. Science clubs. These are benefactors of charitable bingo in Colorado, an activity that is becoming less viable due to burdensome regulations.

In 1958, Coloradans recognized the value of charitable fundraising and guaranteed that nonprofits and charities could play bingo by placing it into the Colorado Constitution. Other than allowing electronics into the game, there has been no change to the constitution to ensure a strong and viable bingo or raffle mechanism for charitable gaming in Colorado. Yet, since that time, we have seen for-profit gaming, off-track betting and sports betting enter into the picture. Nothing has been done for 62 years to meet the changing player habits, changes in technology, games development and player demographics.

The Colorado secretary of state conducted two studies, one in 2013 and one in 2017, on the viability of the industry.

• Bingo is in a death spiral. In the 1980s there were 49 bingo halls. The industry was producing $129 million in revenue. Today there are 11 halls, and the industry is producing $23 million.

• Charities are turning away from bingo because it is volunteer intensive. It is extremely difficult to recruit and retain volunteers given the restraints placed on the licensees through the constitution.

• Amid dwindling numbers, the industry must reinvent itself to attract players

The time has come to change this trend for the benefit of nonprofits. Amendment C on the fall ballot gets this job done.

• Eliminate the five-year waiting period for nonprofits to get their license. This would allow more opportunities for nonprofits to consider running bingo raffles as a revenue stream for the benefit of their programs.

• Eliminate the stipulation that volunteers cannot receive any kind of remuneration for the work they do for the association. With the elimination of this restriction, associations would have the choice to compensate their volunteers, which in turn, would help with the recruitment and retention of the people who work the game to support the nonprofit.

• Eliminate the requirement that bingo workers be dues-paying members of the nonprofit. Removal of this restriction would create a larger pool of volunteers for the charities so the charities could help each other in managing and conducting their games.

With these changes, the industry can start to reinvigorate and reinvent itself and stop the downward spiral of bingo. More associations would take advantage of charitable gaming to initiate and support new baseball, football, soccer, hockey, and swim teams, just to mention a few. There would be new band instruments, uniforms, and transportation for the high school activities. All of these things would be done without an ounce of support from the state.

Voters have the opportunity to enhance and promote charitable fundraising, giving more nonprofits and charities a means to support their programs and services.