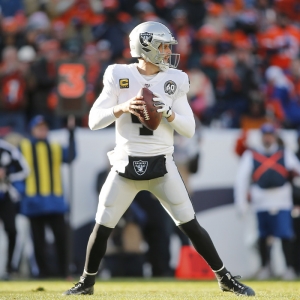 There are those of us that love to play the never-ending battle – Beat The Oddsmaker. Though they have the upper hand in setting the numbers and having the betting odds stacked in their favor, we press on and challenge them.

They sometimes have to make adjustments in the form of line moves based on possibly an error on their behalf, injuries, or the public possibly rightly or wrongly backing one side because they want to.

Those line moves are what we are talking about here and I will hand out free football picks to boot!

Who do you trust in this Pac-12 confrontation? Do you trust a UCLA team that has played only one rotten half of football in their opener and is 2-2 and 3-1 ATS? Or do you support an Arizona State crew that should have beaten USC in their one game played, which was four weeks ago? Though the betting numbers don’t fully support the Bruins, they have tumbled from +6 to +3 as they prepare for the Sun Devils. With my money, I will take the points with an underdog that has shown they have continued to improve versus a completely unknown entity.

Those looking over the college football betting lines have pounced on this AAC action and lowered the total four points to 47.5. Tulsa’s been an excellent defensive team all season, holding opposing offenses to 22.2 points a game, which is 11.2 points below their average. Navy, on the other hand, has problems moving the ball and finding the end zone and they are 111th in scoring at 20 PPG. The Midshipmen will give up points to the Golden Hurricane, and 30 or more is a likely number. Despite the Navy’s option offense not as potent, Tulsa’s always struggled stopping them and we say that continues as this total goes past 50, making this an “Over” play.

This MWC matchup was originally scheduled with San Jose State the home team, but because of Santa Clara county restricting gatherings, this was moved to the Islands, with Hawai’i now the home team. When the original line closed, San Jose State was a 6.5-point home favorite. When this contest was reintroduced, it was a Pick with the venue switch and that fit normal home/away parameters. Since, the 4-0 Spartans were lifted to -2, which I find fascinating since the action was split when San Jose State was a larger home fave. In truth, this was going to be one of my big plays before the switch, but I still prefer the Spartans passing offense and defense to take this contest for college football picks.

Though Houston’s Deshaun Watson has played superb this season, the loss of Will Fuller will further impact the Texans’ offense. The Indianapolis defense has played six lousy quarters of football in their previous two outings, conceding 76 points. Last week they had an excuse with Covid knocking out starters, and you don’t want to try and stop Derrick Henry with backups. Those missing Colts starters are back, and the NFL odds on the total have slid from 52.5 to 50. I’ll concur with that and will share the last four meetings have been Unders. Make it five.

The Raiders’ playoff chances are fading with two straight setbacks, but, good news, they face the winless Jets this week. Those pondering their NFL best bets list might have this AFC affair on it, as Las Vegas has jumped two digits to -9.5. Both teams have several ugly trends coming into this game. Yet, do you think +9.5 points is enough for you to lay down your cash on the league’s worst team? I didn’t think so either, as Gang Green doesn’t deserve to be considered until we see double digits.

By now you know this nonconference clash was moved from the Bay Area to the desert of Arizona. Linemakers knew this game was on the move and sent out San Francisco as 2.5-point underdogs. I like most was hoping for +3 and maybe snagging the 49ers. I was not alone in my thinking and sharps helped push the game to a Pick. San Fran was possibly appealing catching points, now, not so much. The Bills played at State Farm Stadium just three weeks ago and they should feel comfortable there. The Niners had a disheveled week and let’s not forget, though they have more players back from injury, they have still committed 13 turnovers in the past five encounters. Backing Buffalo.

Doug Upstone of Doc’s Sports has -21 Documented No. 1 Titles – 87 Documented Top 10 Finishes – 24 Handicapper of the Month Awards. Doug as a professional handicapper/writer has written for various well-known sports betting websites and several of the football newsletters you have read before.

Doc’s Sports is offering $60 worth of member’s picks absolutely free – no obligation, no sales people – you don’t even have to enter credit card information. You can use this $60 credit any way you please for any handicapper and any sport on Doc’s Sports list of expert sports handicappers. Get $60 worth of premium members’ picks free.

New Customers, use $60 Free Money to get my Hot Picks daily.

$$ Doug has a 9-Play football card this weekend in college and pro football, which includes a 7-Unit Best Bet Saturday and a 6-Unit NFL Best Bet Sunday.

$$ Doug has Free Picks daily you can profit from!