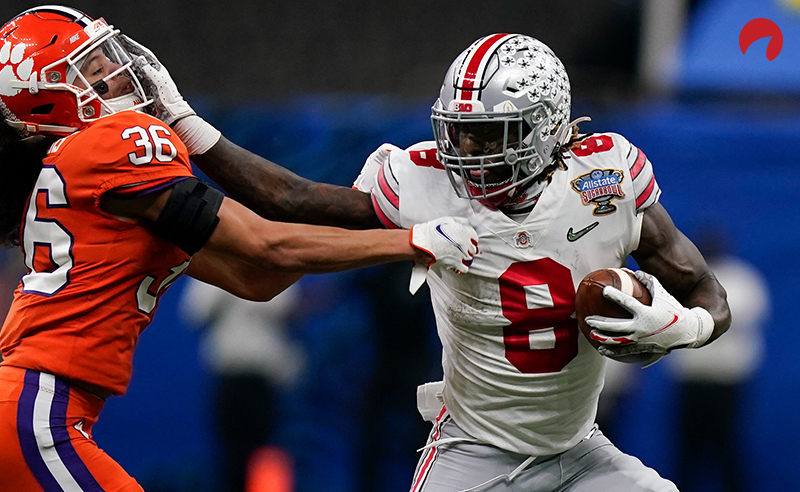 Well, bowl season has come to an end with just one more game left on tap, though it’s the biggest one of the year: No. 1 Alabama vs No. 3 Ohio State for the national championship.

It has been a wild and weird 2020 college football season with its share of ups and downs, but I’m grateful that the NCAA was able to get players on the field in a safe manner and we got the season in.

We’ve had an OK bowl season, going 12-11 with our picks, although our full-season record will be a disappointing one sitting at 41-51. But, let’s try to close out the year on the right foot with a national championship best bet to get us feeling good ahead of the 2021-22 season in just a few months.

New to the college football scene? Check out our handy college football betting guide to help you get in the action. Also, keep an eye on our College Football Odds page for the latest up-to-date betting lines.

Ohio State was getting a lot of flak and there was considerable debate whether the team should be selected for the CFP after playing just five regular-season games plus the Big Ten championship game. After Clemson head coach Dabo Swinney ranked OSU as the 11th-best team in the coaches poll just to point out the lack of belief in them, the Buckeyes collided with the Tigers in the CFP semifinal. Well, the Buckeyes silenced the doubters when they cruised past the Tigers 49-28, winning outright as a 7.5-point underdog.

But don’t anticipate such an easy path to victory in the national championship game as a worthy opponent awaits in Alabama. The Crimson Tide had the second-best offense in the nation and have had very few sweats en route to their title game berth, with just one win by fewer than 10 points.

Both of these teams are stacked, with Alabama having two players as Heisman Trophy finalists in QB Mac Jones and the winner, WR DeVonta Smith. That said, the Ohio State combination of QB Justin Fields and WR Chris Olave is no joke either. In the Buckeyes’ win over Clemson, Olave had 132 yards receiving and caught two of Fields’ six touchdown passes.

On the ground, it is also a wash. Oklahoma transfer Trey Sermon has emerged down the stretch as the clear No. 1 back for Ohio State, rushing for 331 yards and two touchdowns vs Northwestern in the Big Ten championship game and another 193 yards and a major vs Clemson. Meanwhile, Crimson Tide tailback Najee Harris led the nation with 24 rushing touchdowns and had the third-most rushing yards at 1,387.

Defensively, the teams are very comparable, with Alabama allowing an average of 19.5 points per game and Ohio State allowing 21. The Tide had a pile of points put on them against Ole Miss and Florida but were quite stingy against Auburn, Notre Dame, Texas A&M and others. The Buckeyes had far fewer games and had some issues earlier in the year but clamped down as the season progressed.

Overall, I think these teams are very evenly matched, which is why I will back Ohio State at +8 and I might even sprinkle on the moneyline because of the value, though deep down I do think that Alabama will ultimately win this duel.

As well, the OVER 75.5 points may seem like a scary option with two elite teams but I don’t think it’s that crazy to consider because both squads can rack up points with huge chunk plays. Should be a fun one!