Daniel Negreanu has now won three straight sessions in his grudge match against Doug Polk, but still trails by more than half a million dollars. Despite the massive deficit, the GGPoker ambassador is gaining the respect of the poker community for his heads-up play. 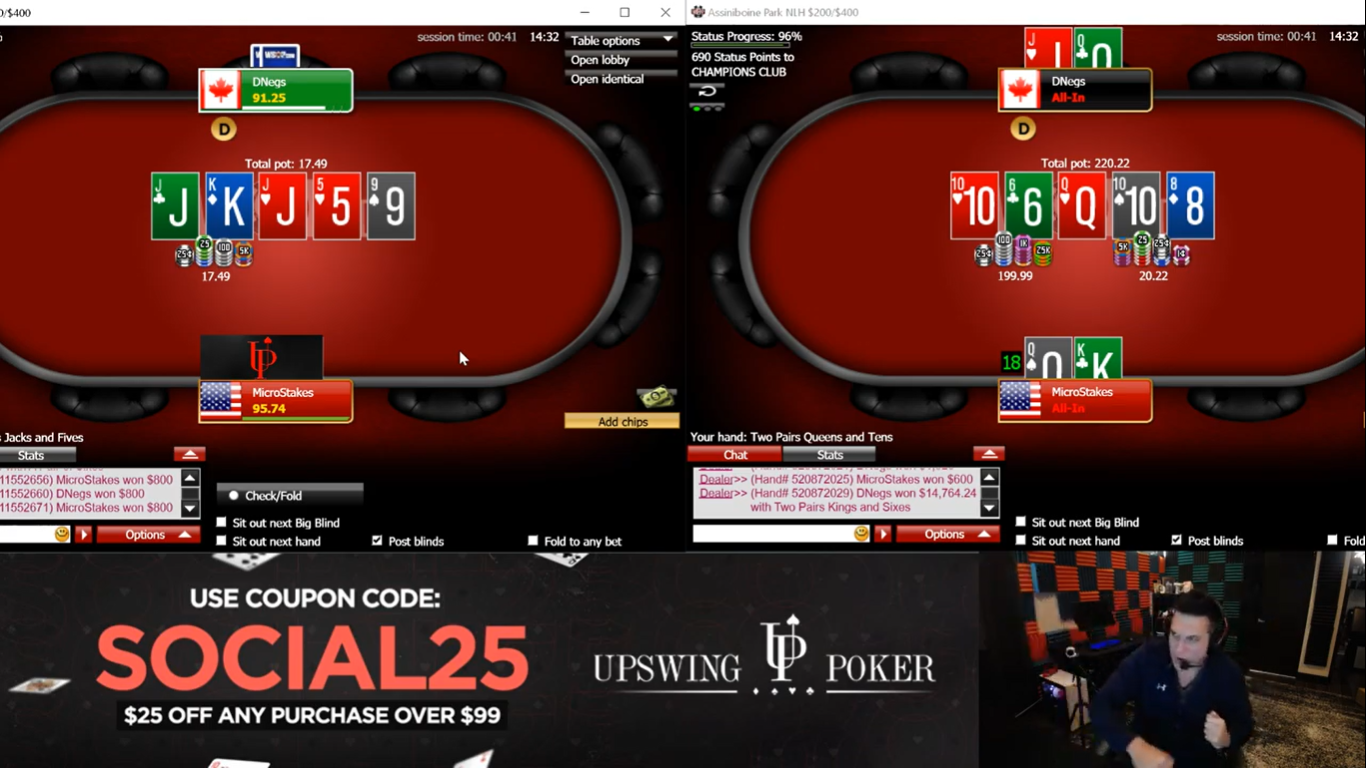 Daniel Negreanu and Doug Polk have become civil for the first time in years. (Image: YouTube)

The feud between the poker pros began years ago. Polk has taken numerous verbal shots at his rival, often attacking his character. But the relationship between the two has improved significantly since this match began a month ago.

Perhaps the main reason the relationship has changed is due to Negreanu taking on such a daunting challenge. Polk has even said recently that he gained respect for “DNegs” because he didn’t back down from a high-stakes match against one of the best heads-up players of all-time.

That’s not to say they’ve become best buds, but there’s clearly a mutual respect for each other now more than ever. Brent Hanks asked Negreanu about his current relationship with Polk during his post-game interview on the GGPoker YouTube channel.

“I think the relationship with Doug Polk from a year ago to now has obviously changed a lot,” Daniel Negreanu said. “I would say the biggest change is that he didn’t have any respect for me, not just as a player, but as a human being. And I think it’s fair to say the feeling was mutual for the most part, right, when someone comes at you for that long … But, listen, I think the relationship’s at a civil place.”

On a positive note for the Poker Hall of Famer, he chipped off about 9% of his deficit. But if his glass is half empty tonight, he’ll realize he’s still down by $514,000 through 7,467 hands, and his chances of winning the challenge are dwindling by the day.

With that said, he booked a $46,581 win on Friday afternoon, his third straight victory. However, it’s been quite some time since he turned a six-figure profit, and he’ll need a few of those days soon if he expects to win the match.

For the second straight session, Polk jumped out to a big early lead, winning a quick double-up with K-Q on a 10-6-Q flop in which Negreanu moved all-in with Q-J. The board ran out 10-8, giving Polk one of the fastest double-ups of the match.

Polk was off and running but it took just a matter of moments before Negreanu caught up and got all those chips back. The session went back and forth for more than two hours, with the players each trading the lead multiple times.