Manchester United would probably prefer to go under the radar for a little bit longer in the Premier League title race. Nobody has paid much attention to how United have steadily climbed the table so that all of a sudden they’re third, with a game in hand, and playing like title contenders.

On Sunday, Leeds gave United lots of space at Old Trafford which the likes of Bruno Fernandes and Marcus Rashford were able to exploit. There are games when everything goes your way and this was one of them for United. They scored great goals, Scott McTominay was outstanding in midfield and clinical with his two chances. In that kind of form, United are capable of winning the league.

They should be aiming to bring the title back to Old Trafford, especially in an unpredictable season when there is so much movement near the top and it is so tight. The transfer window is about to open but, the way Manchester United attacked against Leeds and Sheffield United, I wouldn’t say the Red Devils need to bring in anyone up front. I still think they need a centre-back but don’t expect anyone to come in next month.

The Boxing Day match against second-placed Leicester is huge for United. A trip to the King Power will be a real test of Solskjaer’s team and their title credentials, especially as Leicester come into this off an excellent win away to Tottenham.

That said, Leicester are inconsistent and often lose when you least expect it. I would love to see United keep their momentum up by winning at Leicester. If they win this then, oh my god, they are second and with a game in hand. For many fans, Manchester United v Liverpool would be a dream title race. 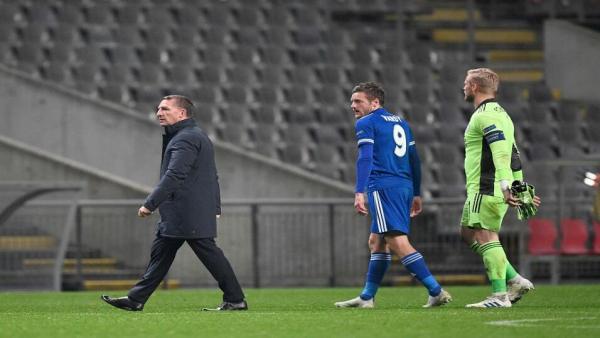 It’s going to be tough at the King Power. Brendan Rodgers is a clever tactician and Jamie Vardy is unbelievable at finding space. His finishing is as sharp as ever and he will test Victor Lindelof and Harry Maguire, so I can see both teams scoring in an entertaining match.

I’m going to back my old team to win and keep the good feeling going. If they start on the right foot, and don’t wait to go behind before they start playing, then I think United will win this. I want to see Ole smiling at full-time and United closing in on top spot.

Spurs have slipped to sixth in the table after two defeats but don’t rule them out of the title race yet. What’s happened to Jose Mourinho’s men in the past couple of weeks – with the draw at Crystal Palace, the defeats to Liverpool and Leicester – shows you how the Premier League works.

If you lose concentration for a second, it can have devastating consequences for your season. Consistency is everything for title contenders. If you slip then one of your rivals will take advantage.

There is still a long way to go and no manager understands this better than Mourinho – the master of building teams that can grind out results. That’s exactly what they need to start doing straight away so this Sunday’s match at Wolves is massive for Spurs.

It doesn’t matter how Spurs go about winning at Molineux, they just need to go back to north London with the three points. They play a Wolves side that’s been up and down with their results so, if Spurs are title contenders, they should win this. I’d love to see them win 1-0 against Wolves.

Arsenal are in real trouble but I still think Mikel Arteta can turn things around at the Emirates. Last week, I said Arteta deserved more time but since then they suffered two more defeats – admittedly in difficult matches away to Everton in the Premier League and in last night’s Carabao Cup quarter-final against Manchester City. 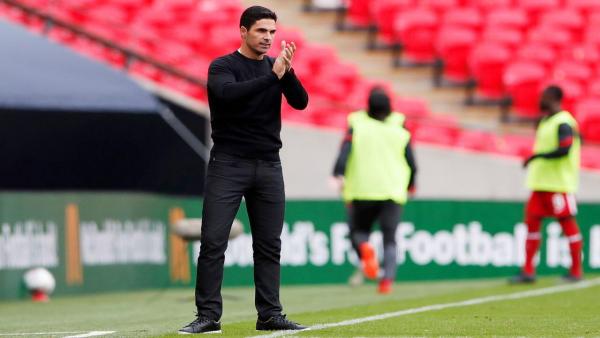 The Gunners are showing some fight on the pitch, but they are still not playing anywhere near the level demanded of them. Arteta is a young coach and you could say he was lucky to get the opportunity to manage Arsenal. I support those kind of appointments because I know how difficult it is for young coaches to get their chance to show what they can do.

Arteta came to Arsenal at a difficult moment for the club and he needs more time to turn it around. His old boss Pep Guardiola has said Arteta shouldn’t be fired and I’m not going to argue with Pep.

Arsenal need to pick themselves up quickly for their big Boxing Day clash against Chelsea. I can see a surprise result here, with the Gunners winning. Their fortunes have to change at some point and a London derby, against the team they beat in last season’s FA Cup final, could give them the motivation to raise their game.