Doug Polk blew a $175,000 lead on Day 27 before regrouping to book his first winning session in quite some time against Daniel Negreanu. He ended a five session losing streak and turned the match back in his favor. 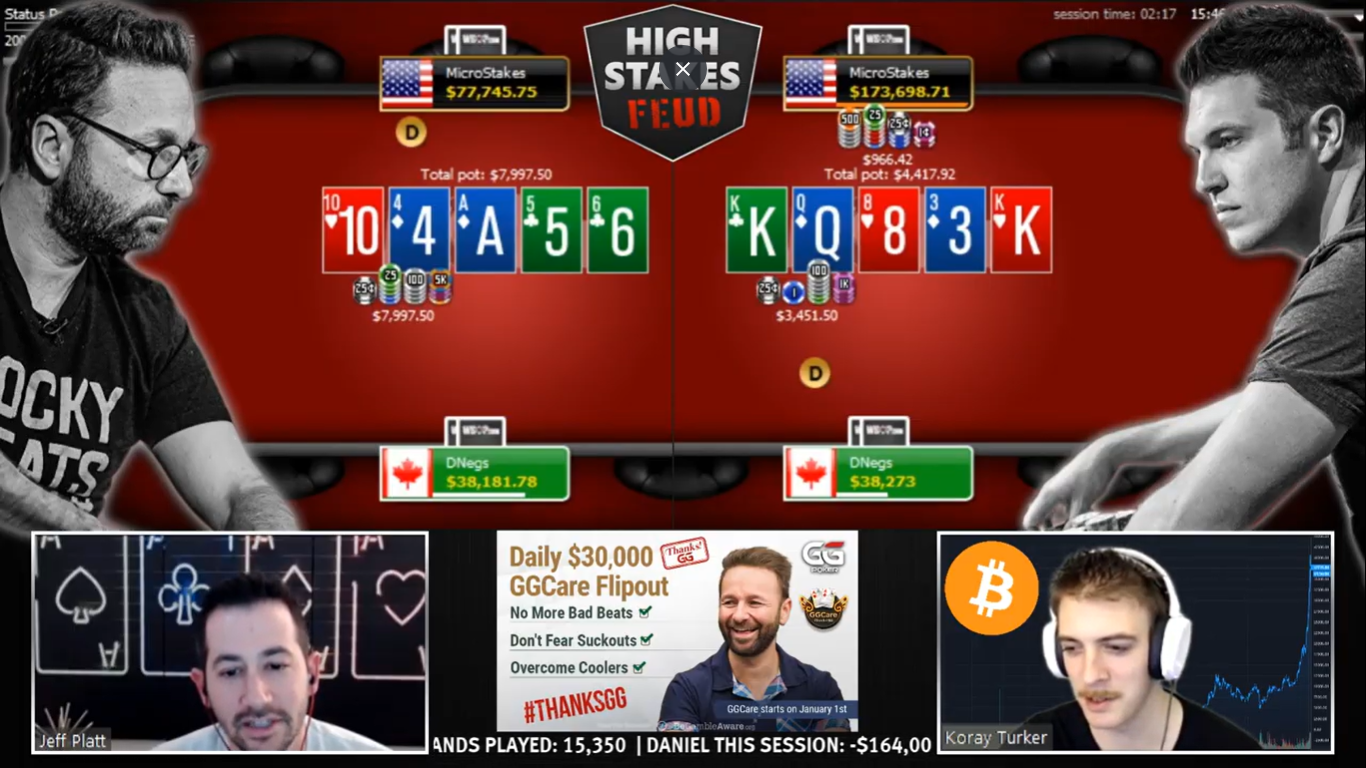 The previously long-time feuding poker pros have now completed 27 sessions of $200/$400 no-limit hold’em on WSOP.com. Over that span, they’ve played 15,850 hands and have 9,150 remaining before the epic grudge match concludes.

Through Day 19, Negreanu trailed by $950,000 and appeared to be on track to lose potentially more than $2 million. But he turned the tides and went on quite an impressive winning streak, eliminating half the deficit in just seven sessions.

The GGPoker ambassador, however, still trailed by nearly $500,000 heading Wednesday’s session. With far less than half the competition remaining, he needed to continue on that winning path to remain in contention. But the session turned in another direction, and now he’s facing a stiff task.

Polk Dominant Throughout Most of the Match

It took Polk a matter of moments to jump out to an early lead, of which he held the entire session. But at one point, it looked like he might blow a massive lead. Negreanu was down $175,000 a little over an hour into the match. He couldn’t afford to fall too much further behind or his chances of winning this challenge would have been slim.

And then, before you could blink, Polk was back out in front by six figures once again. He won a $53,000 pot with pocket jacks on a 8-3-7-9-4 board, getting thin value on the river. Polk found his usual success in five-betting successfully pre-flop and getting value with his big hands.

Following the match, in his post-game interview on the GGPoker YouTube channel, Negreanu was frustrated by his opponent catching so many hands.

Polk did hit his fair share of big hands — he coolered Negreanu with pocket aces against pocket queens as an example. But he also didn’t appear to make many mistakes throughout the three-hour match.