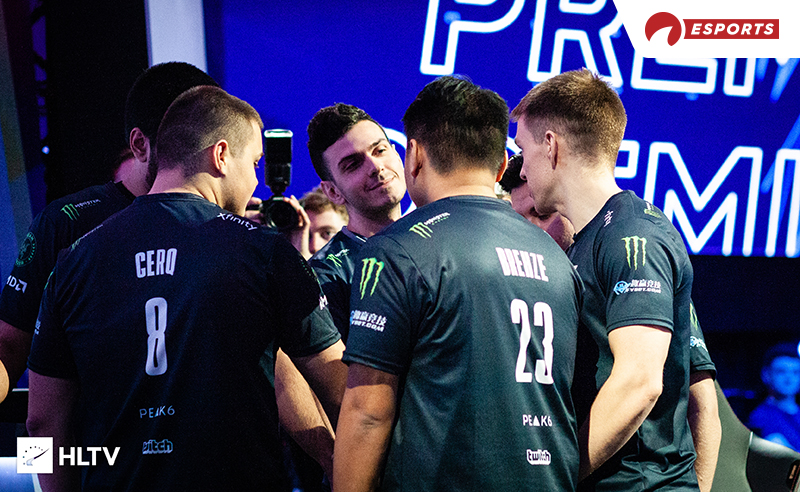 The fall season of Blast Premier is reaching its end, with the finals set to be played at the start of December. However, before we get there, we have one last Blast event – the Fall Showdown.

This is the last chance for two teams to qualify for the final, including a mix of teams that missed out in the regular season, invitees and three squads from other Blast branded leagues.

The pressure’s on for each participant as a deadly bracket awaits every team. Only two can make it to one of the last elite-level events of the year and have a chance to compete against all the world favorites.

Sixteen teams are participating at the Blast Premier Fall Showdown and although this is a qualifier for the teams that missed out so far, there’s still a ton of very strong teams.

Favorites Evil Geniuses and Furia headline the event, coming in as two dominant North American sides that still reside in the top 10 of the HLTV world ranking. They’re joined by some strong sides like Team Liquid and FaZe Clan, as well as a few dangerous underdogs like mousesports and Virtus.pro. We’re even set to see the new Cloud9 “colossus” in action once again, hopefully showing a bit more fire this time around.

The event is different from most, as we’re straight into a single-elimination playoff bracket. If any team loses one match, they’re out. The pressure’s on from the get-go and the stakes are incredibly high for every team.

Odds as of November 16 at Bovada

Can EG and Furia Perform in Europe?

One of the biggest talking points of this event is the two favorites. Both Evil Geniuses and Furia have shared the spotlight in dominating in North America. However, their return to Europe in the fall regular season was disastrous.

Both teams came in as strong favorites to win their groups but ended up bombing out in last place. Evil Geniuses lost to OG, followed by a defeat to a very shaky Ninjas in Pyjamas squad. Meanwhile, Furia was stunned by a week-old MiBR roster and was swept aside by G2 Esports.

It may have been the travel or some overconfidence, although it’s very possible that months of dominating in the weaker North American region has left the two favorites unprepared for the strength of even mid-tier European teams.

The Fall Showdown’s Format is Primed for Upsets

Another key thing to note about the event is the format, specifically the single-elimination playoff bracket. This means that all it takes is two bad maps from a team and they’re out.

Usually, we see a group stage in which teams have to lose at least two series to be eliminated and they normally get at least a day of breathing room between matches, allowing them to regroup and refocus.

With such a deadly format, we’re very likely to see at least one of the best teams struggle and potentially even get eliminated much earlier than expected. There are multiple teams at the Fall Showdown that come in as underdogs but are still in the top 15 in the world and can take down even the best of the best on a good day.

Virtus.pro, mousesports the Teams to Watch

Speaking of underdogs, there are two main teams to keep your eyes on – Virtus.pro and mousesports.

Virtus.pro is a CIS powerhouse, having won IEM New York CIS over Natus Vincere, and coming into the event in dominant form, winning 24 of their last 26 matches. They likely only come in as underdogs because they have been out of the spotlight lately, only having competed in the CIS region and some minor tournaments in the last two months.

Mousesports, on the other hand, enter as more of a mystery, but one that is known to be dangerous. The team has had a shaky second half of 2020, sometimes dominating the best and other times dropping out of events dead last. However, they have recently come out of a long break, having had a month off to regroup.

They returned on November 13 and things have gone very well for them so far, as they took down Big at IEM Beijing Europe and threatened Astralis in a 2-1 loss. Both of these teams rank above the favorites here and if mousesports can keep up their newest form, they’ll be a real threat.