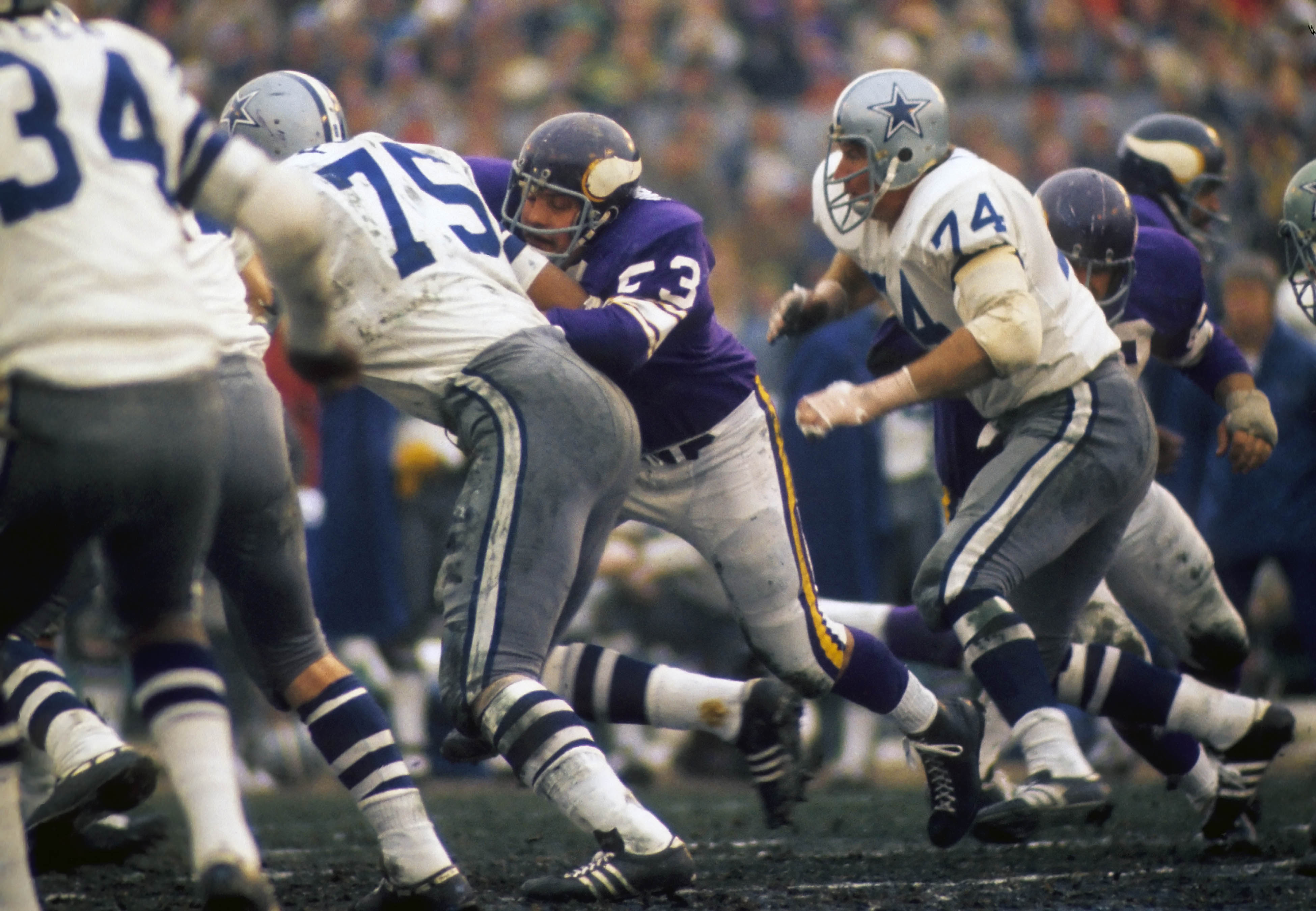 It was 22 degrees at Metropolitan Stadium in Bloomington, Minn., but it wasn’t as horrendous as the Ice Bowl in Green Bay four years earlier. Dallas prevailed over Minnesota 20-12 and advanced to the NFC Championship Game. 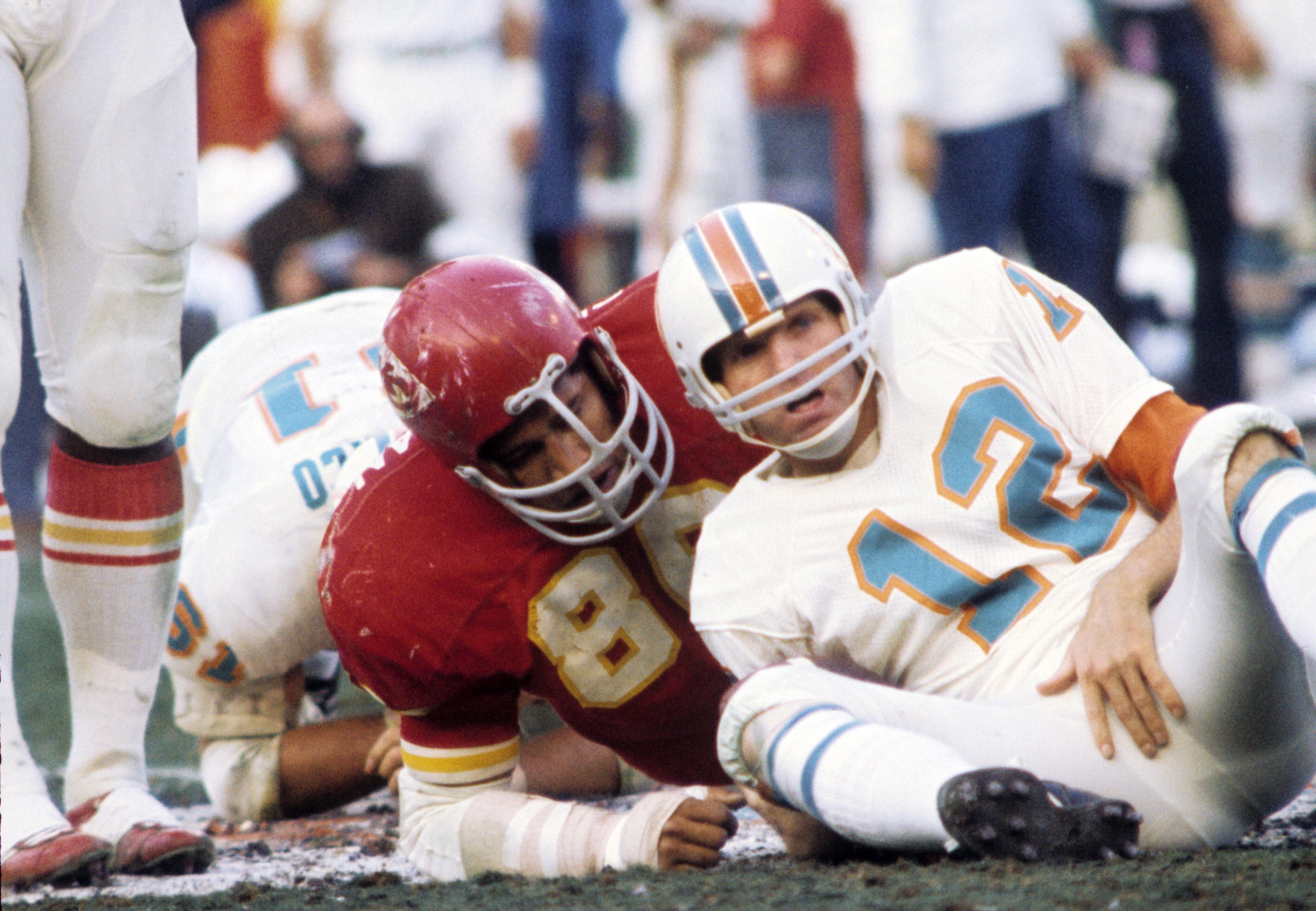 It was the longest NFL game every played at 82 minutes, 40 seconds of game time, and it went into double overtime. Miami kicker Garo Yepremian connected on a 37-yarder with 7:40 to go in the extra extra period to send the Dolphins to their first AFC Championship Game. 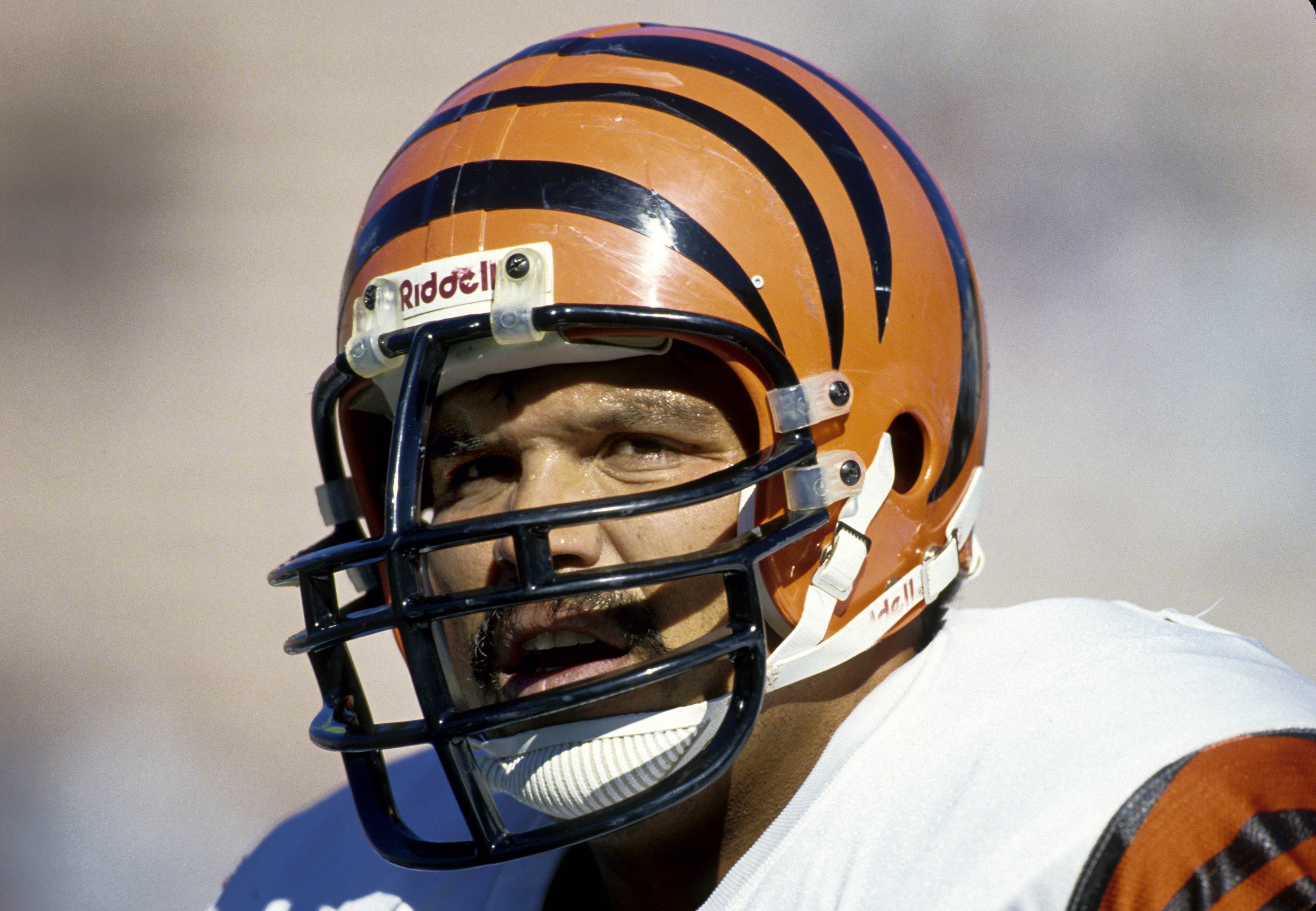 Imagine having to play a Monday night game on Christmas to wrap up the regular season. Cincinnati lost and failed to make the playoffs, so, it wasn’t that big of a deal. For Minnesota, they won, but got their clocks cleaned two weeks later in the NFC divisional at the hands of the San Francisco 49ers, 41-13. 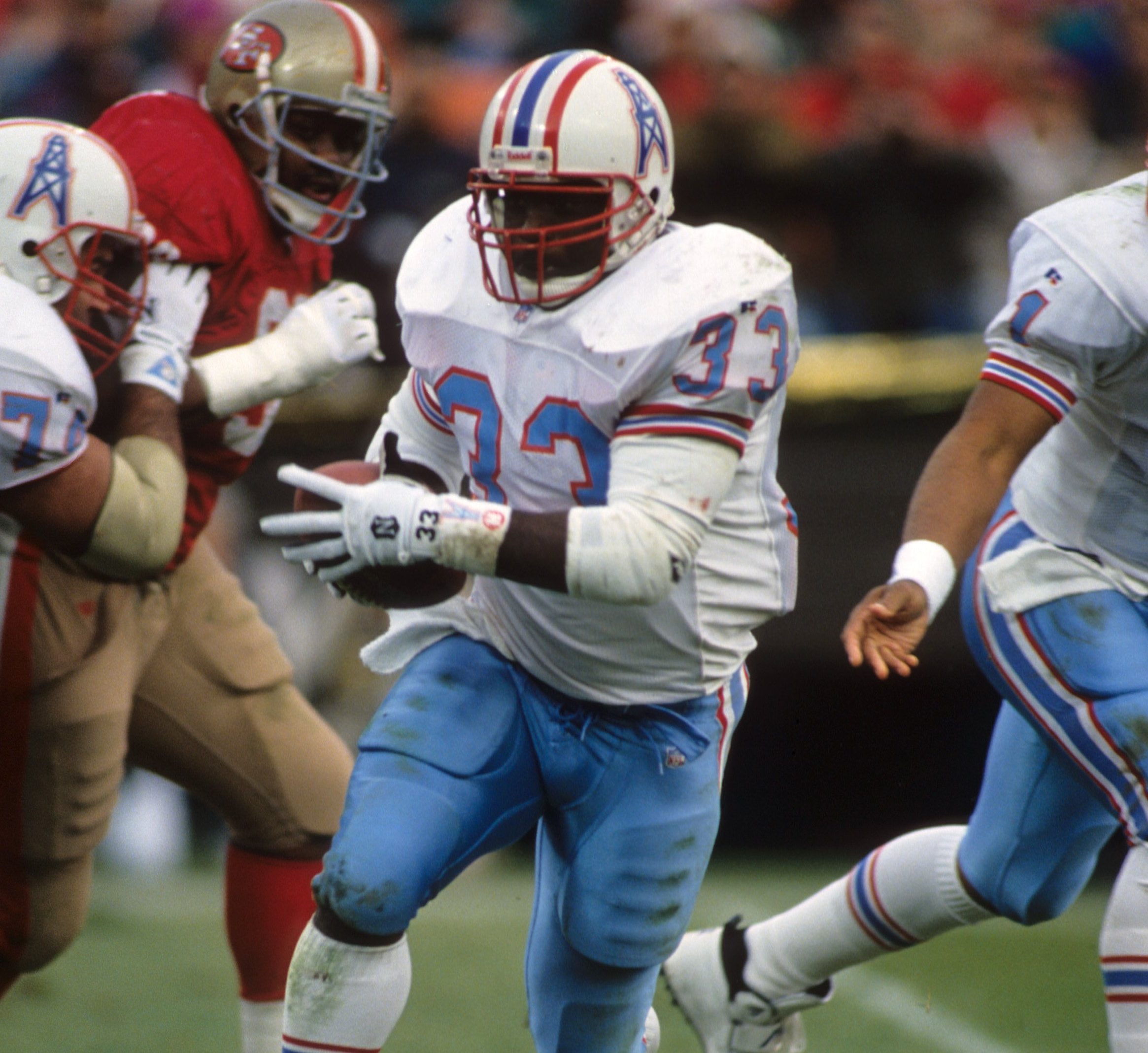 This really looked to be Houston’s year as they turned a 1-4 start into a 10-game winning streak, edging San Francisco 10-7, and finishing 12-4 and locking up a first-round bye. 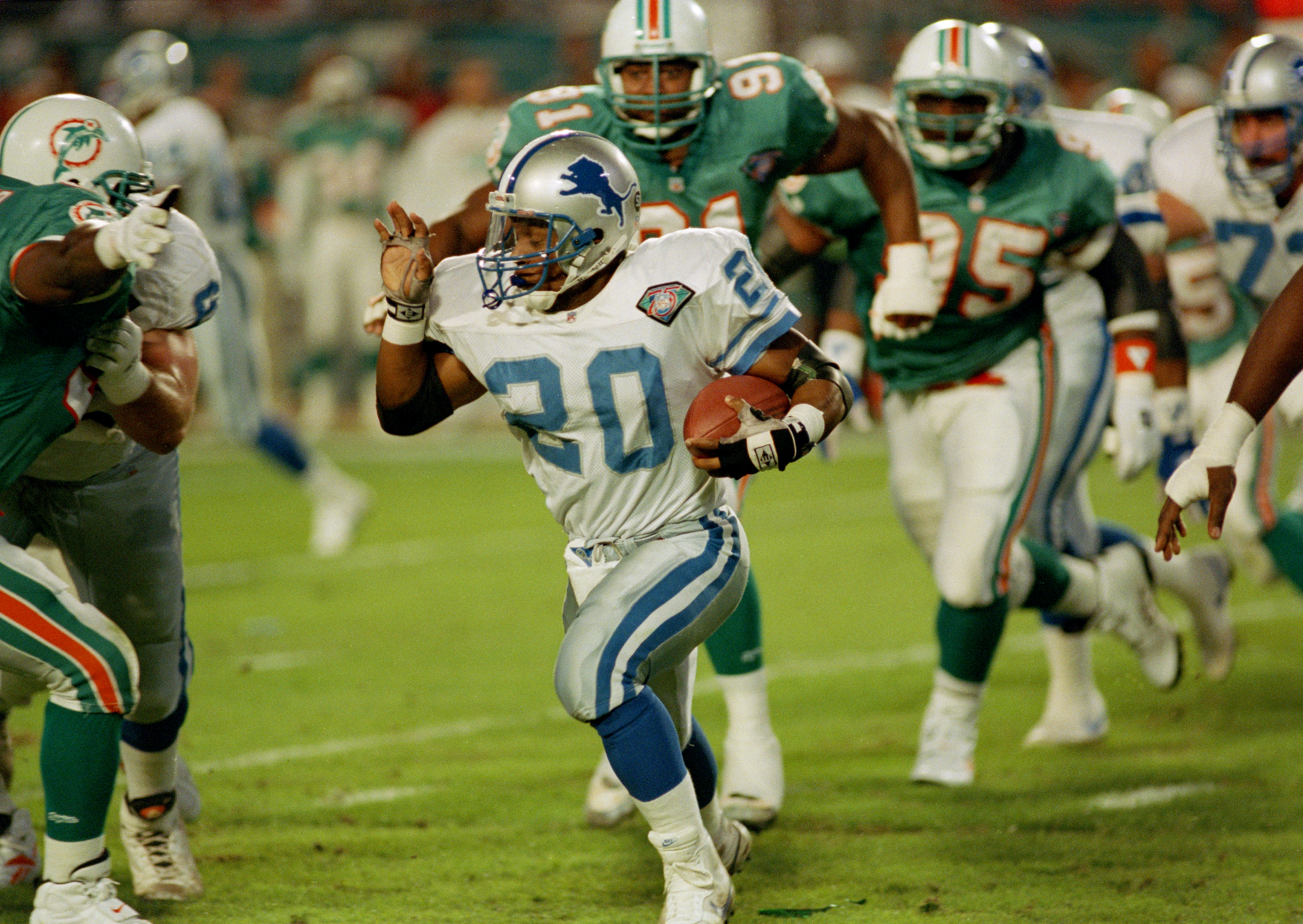 Both teams were in the midst of a playoff race in their respective conferences. The Dolphins would win 27-20, and would turn around to play Kansas City on Wild-card Saturday to get their only postseason win. 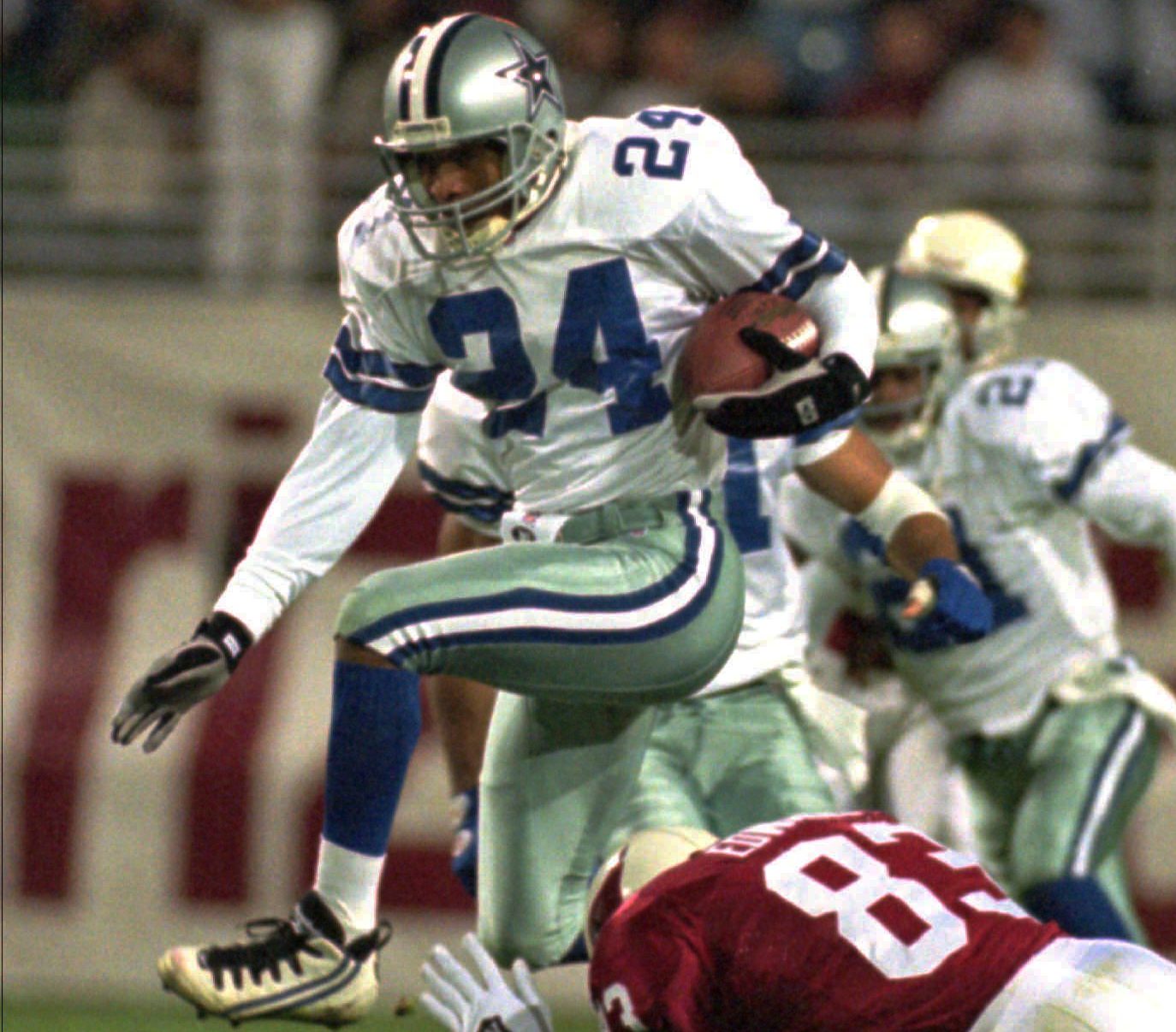 In the last game of Buddy Ryan’s coaching career, Dallas demolished Arizona 37-13, locking up home-field advantage throughout the playoffs. Portions of the film “Jerry Maguire” starring Tom Cruise and Cuba Gooding, Jr., were filmed during this game. 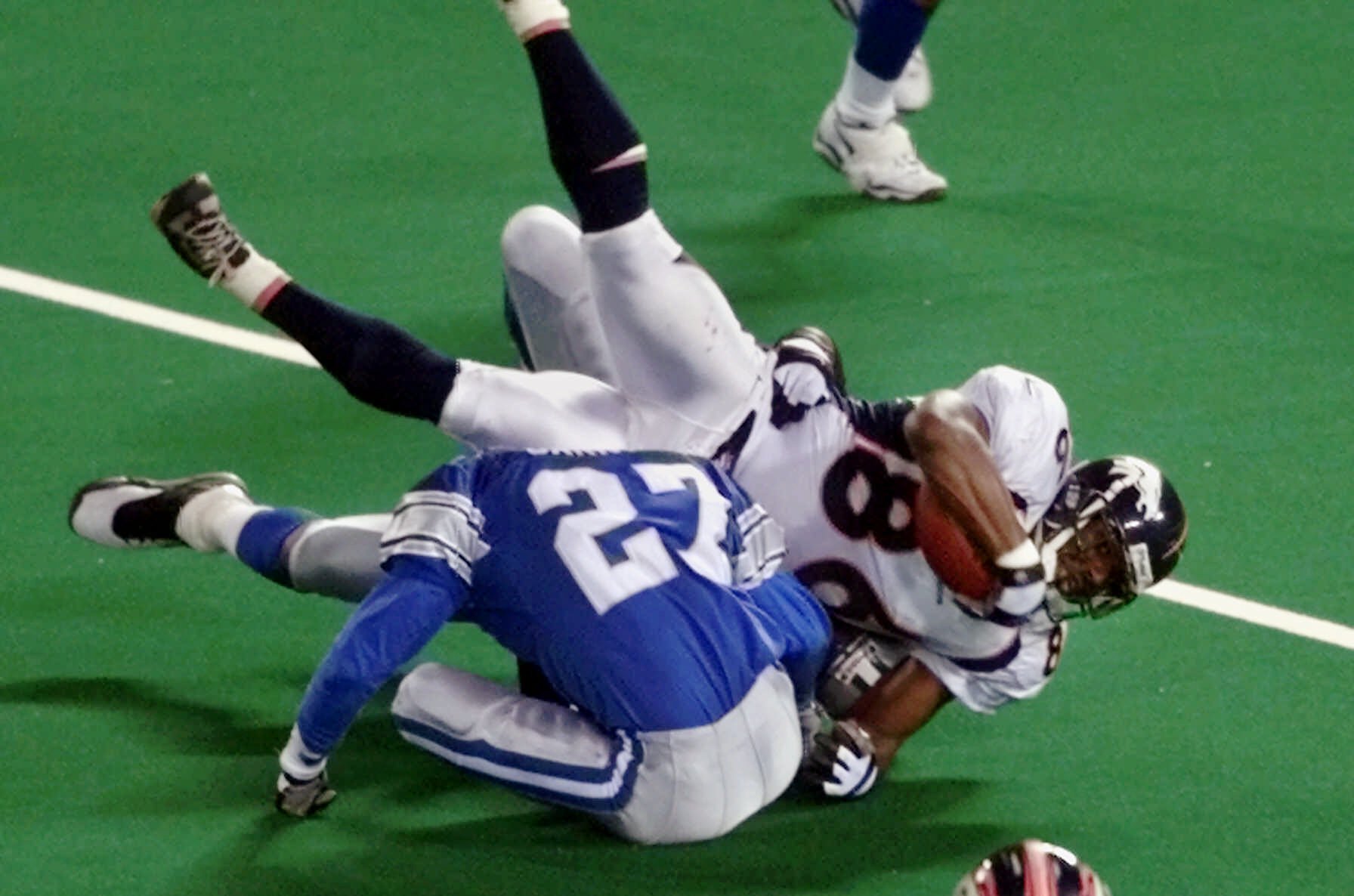 In April 1999, schedule-makers must have salivated at the prospect of Barry Sanders dueling Terrell Davis. Instead, Sanders retired just before training camp, and Davis sustained a season-ending knee injury in Week 4. Detroit was at least battling for their playoff lives while Denver was long out of it. 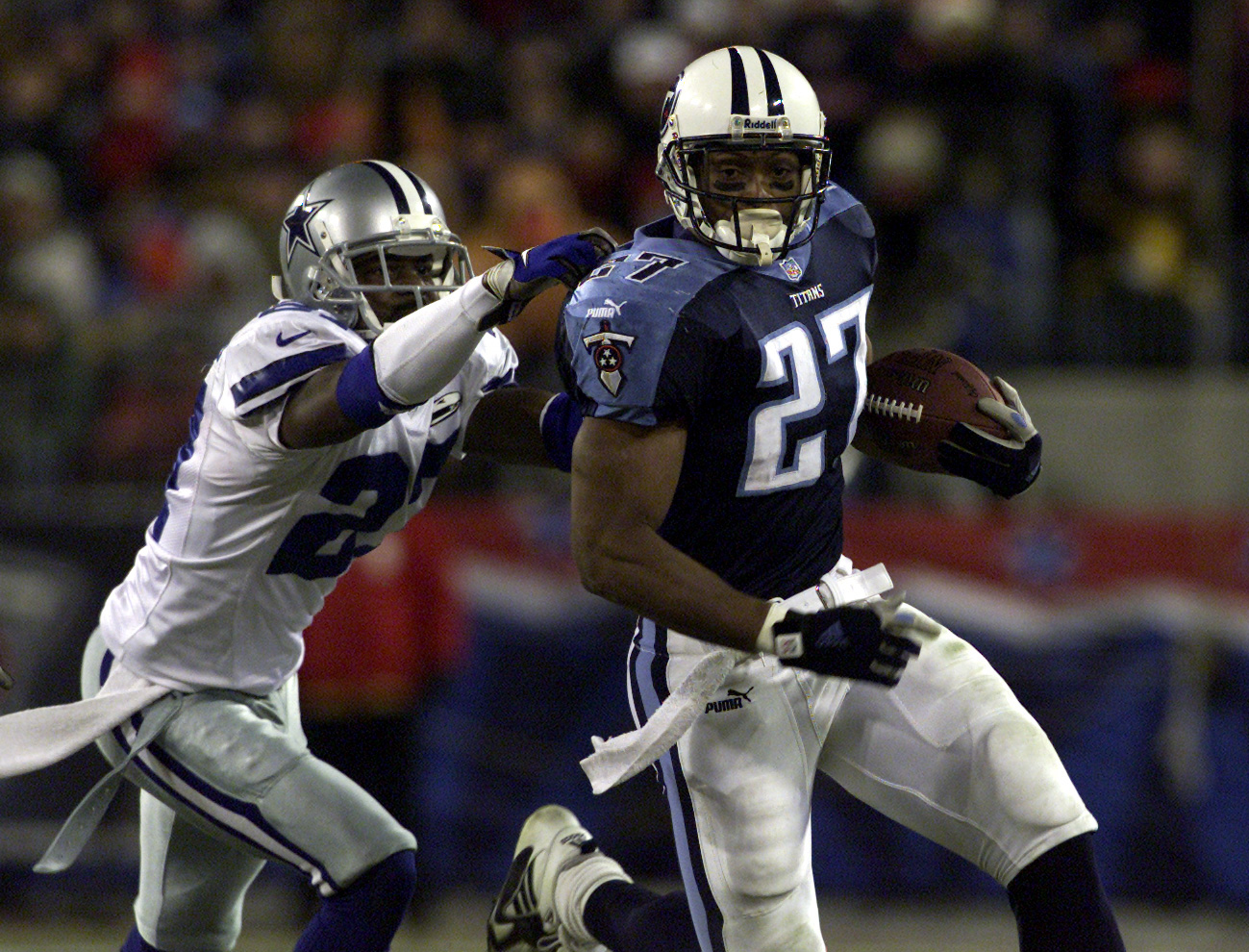 When you start Anthony Wright at quarterback, bad things happen. Tennessee crushed Dallas 34-0, and Wright finished with a 0.0 passer rating. 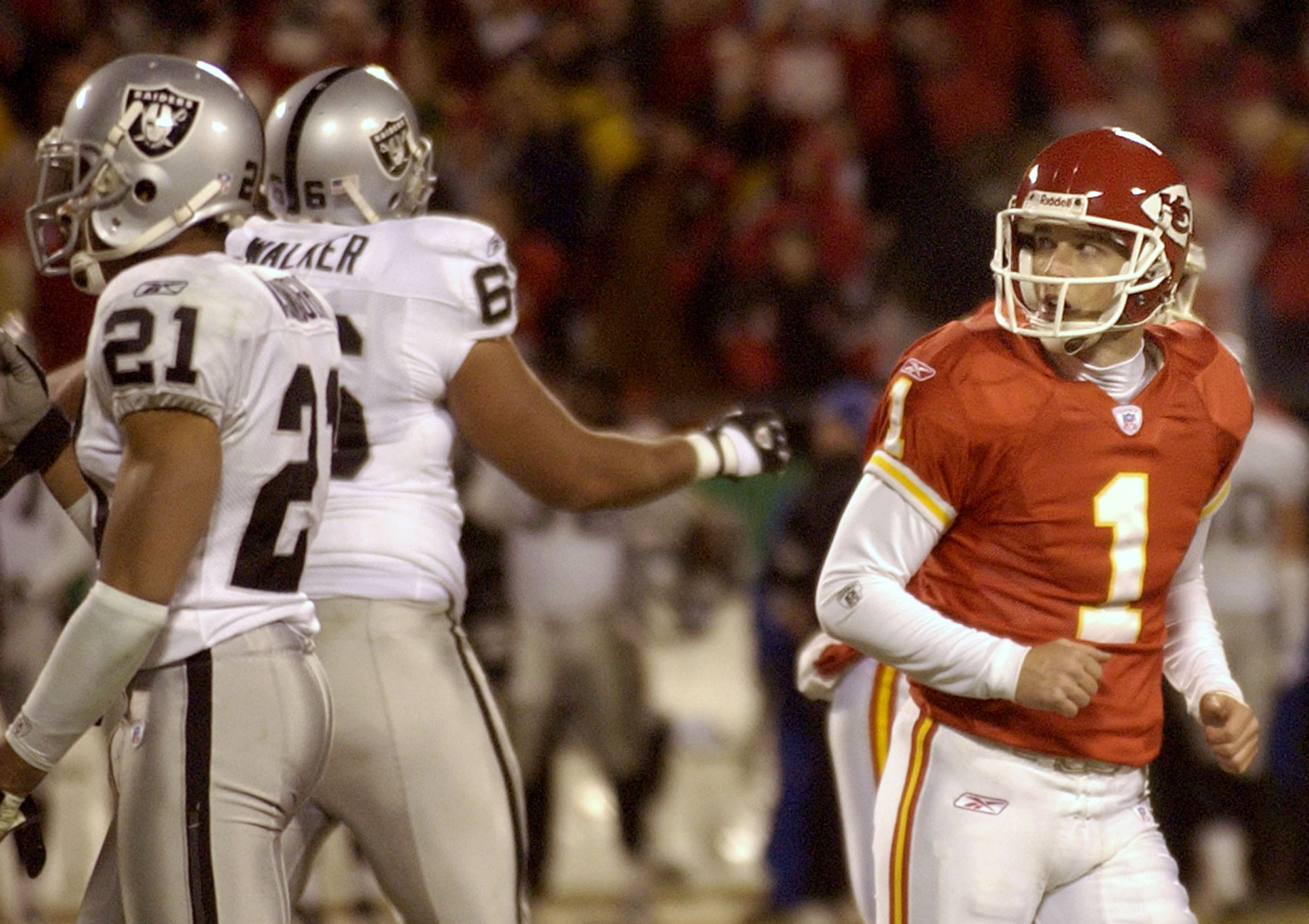 Kansas City needed every win they could muster as they were in the peanut gallery in the competitive AFC wild-card race. Lawrence Tynes’ 38-yard field goal lifted the Chiefs over Oakland 31-30. 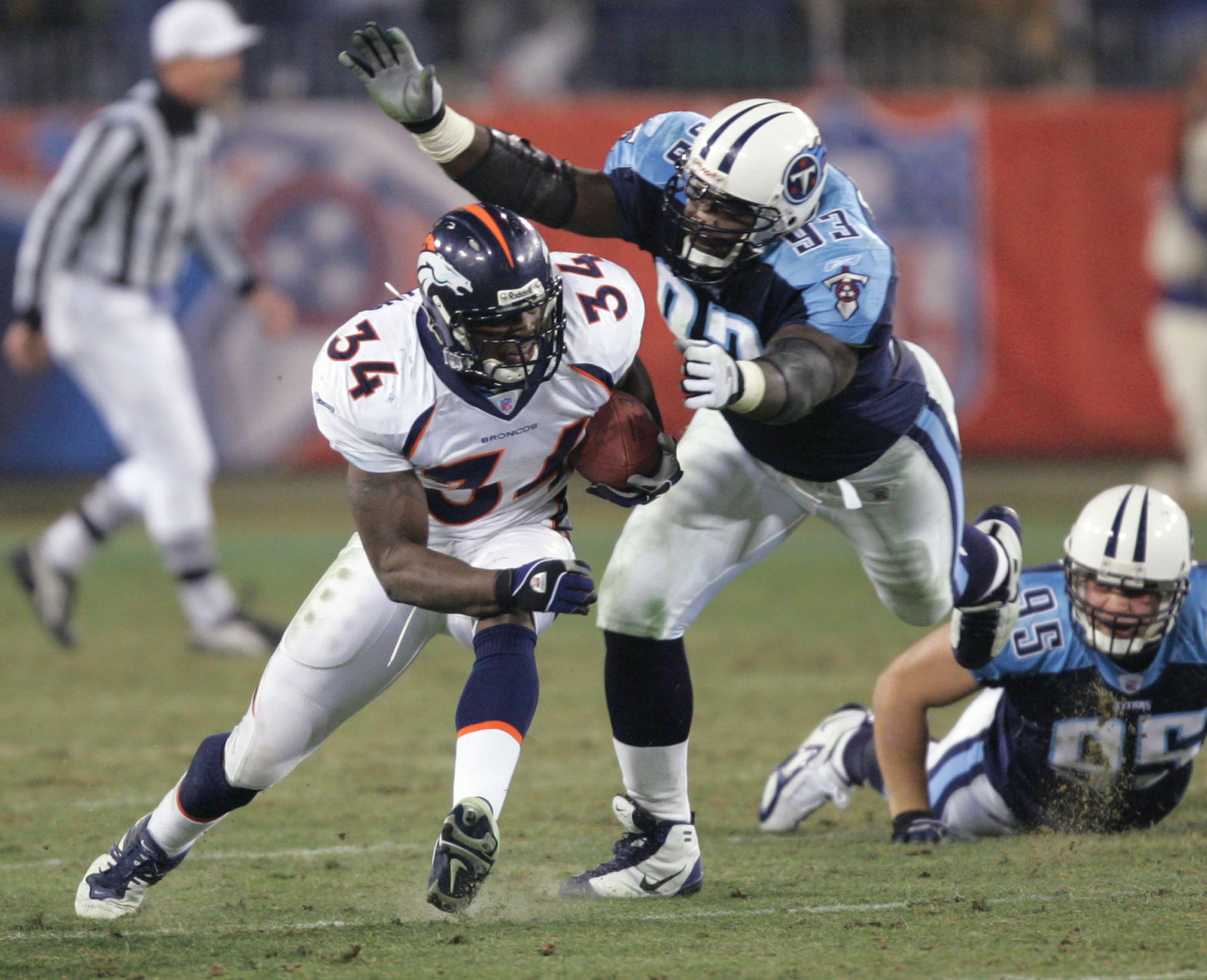 These were the fun Billy Volek days because Steve McNair was hurt, and Tennessee was 4-10. Denver needed the wins to stay ahead of the Chiefs and other adversaries in the wild-card race, and demolished the Titans 37-16. 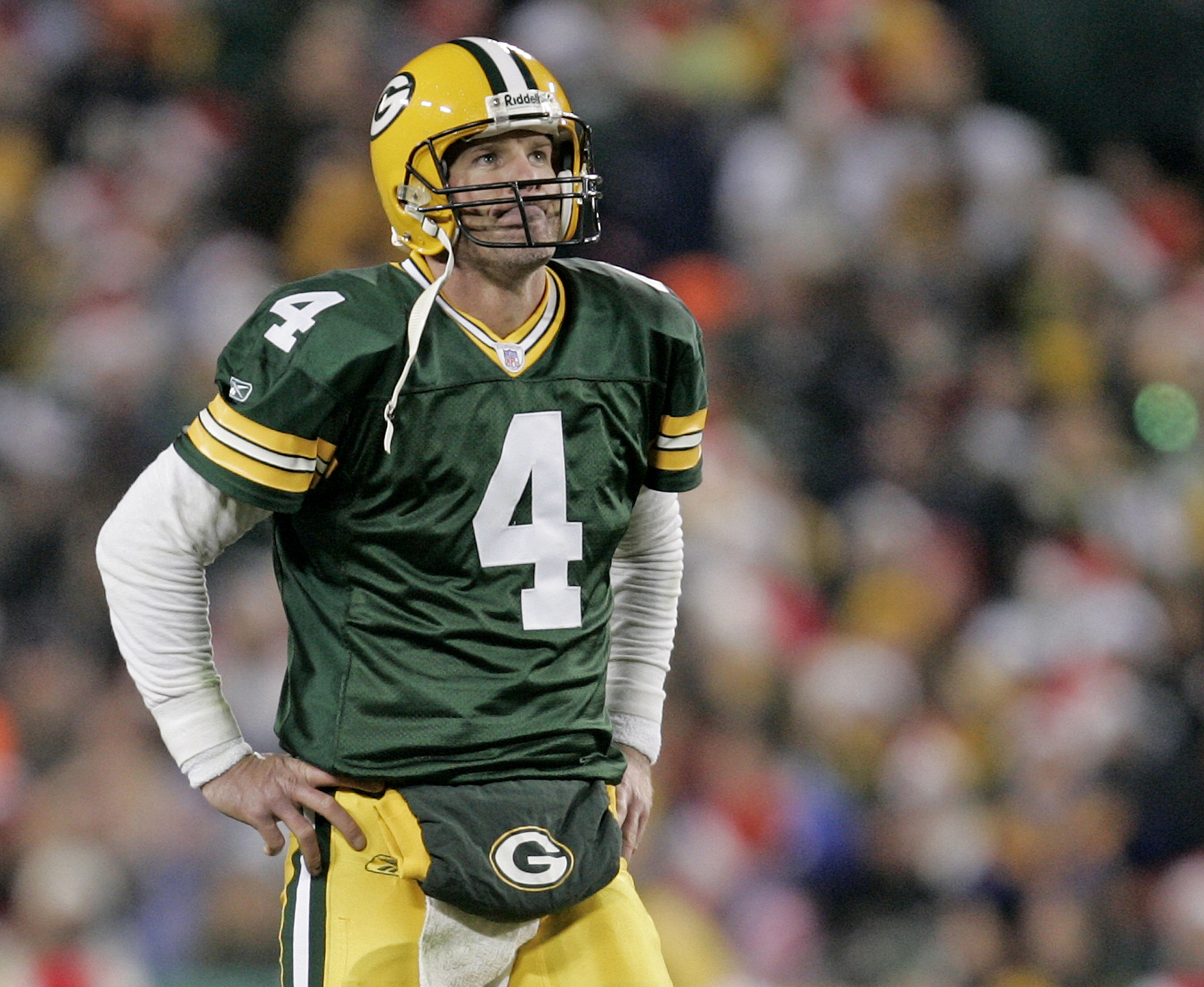 Brett Favre threw four interceptions in this game, and Green Bay still only lost by seven points. Chicago got the win 24-17 to sweep their arch rivals. 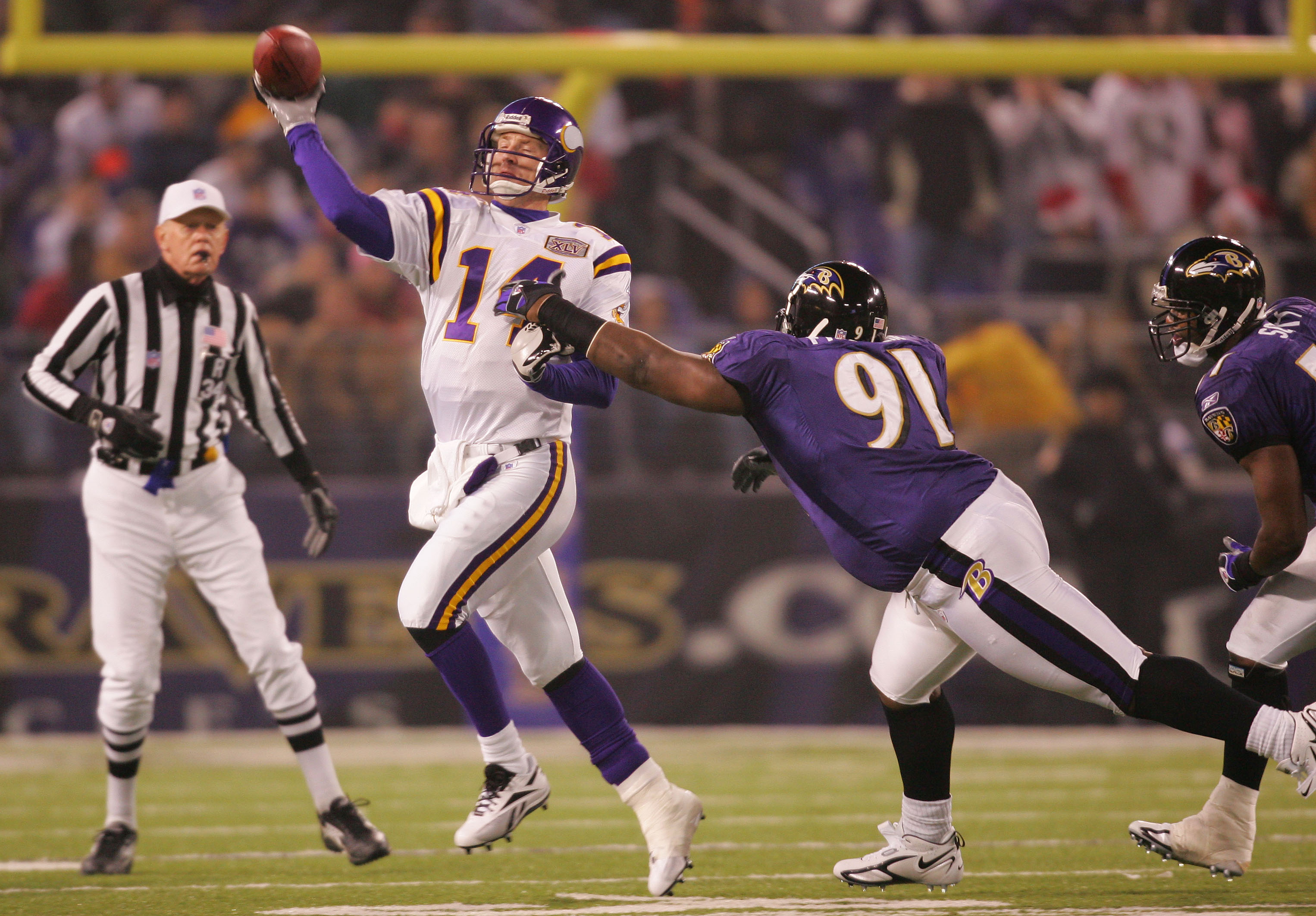 Speaking of old men in the NFC North, Brad Johnson was having a renaissance year with Minnesota, replacing Daunte Culpepper, who was out for the year. It wasn’t enough as Baltimore prevailed 30-23 on the penultimate ESPN Sunday Night Football telecast. 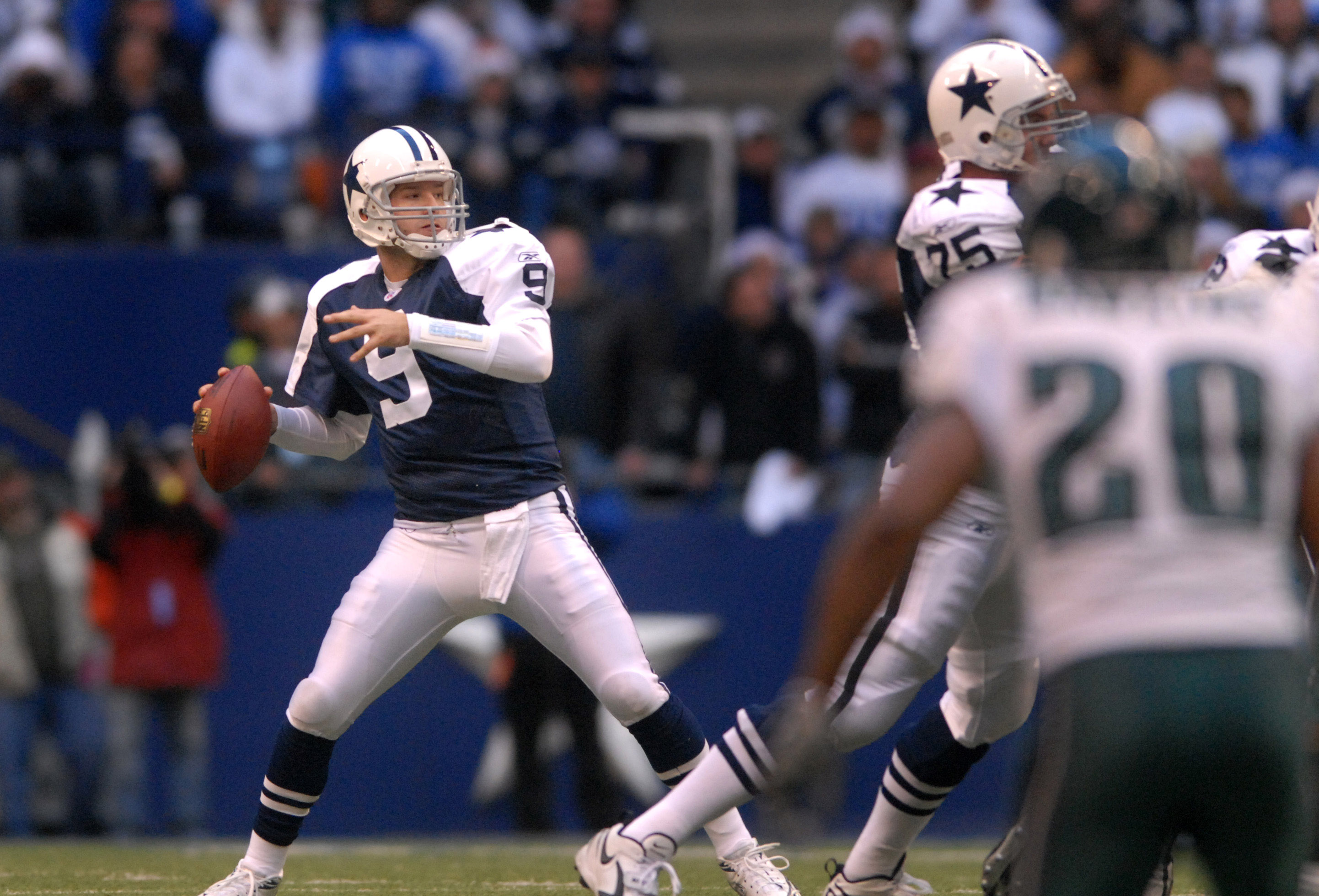 Dallas was gripped with Romomania as their former 2003 undrafted free agent from Eastern Illinois was leading a resurgence. However, Philadelphia played Grinch at Texas Stadium with a 23-7 win en route to winning the NFC East.

Fun fact: Carrie Underwood, Tony’s girlfriend, was at the game. 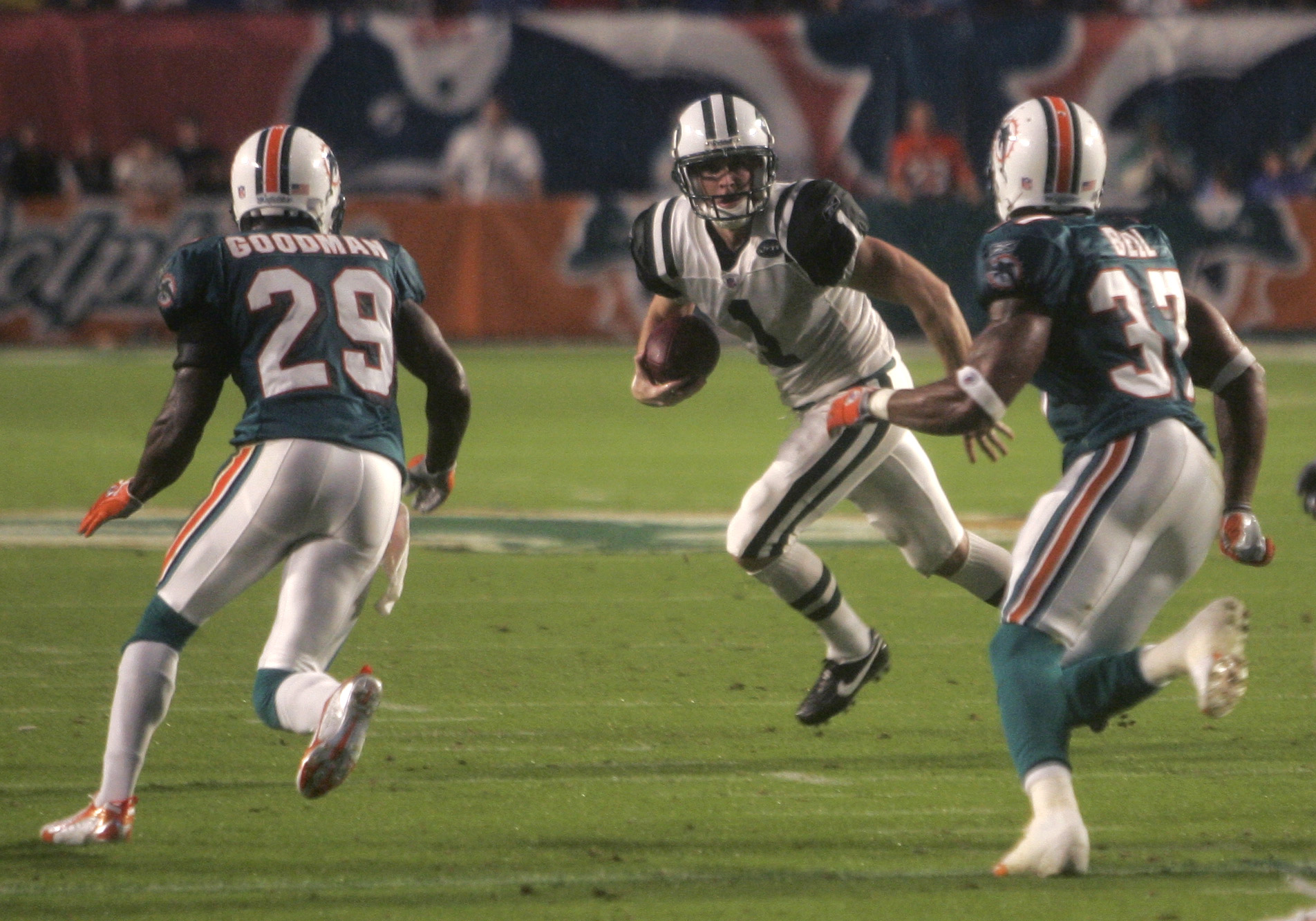 The nightcap to the 2006 Christmas Day games was a 13-10 New York win over Miami on Monday Night Football in the rain. 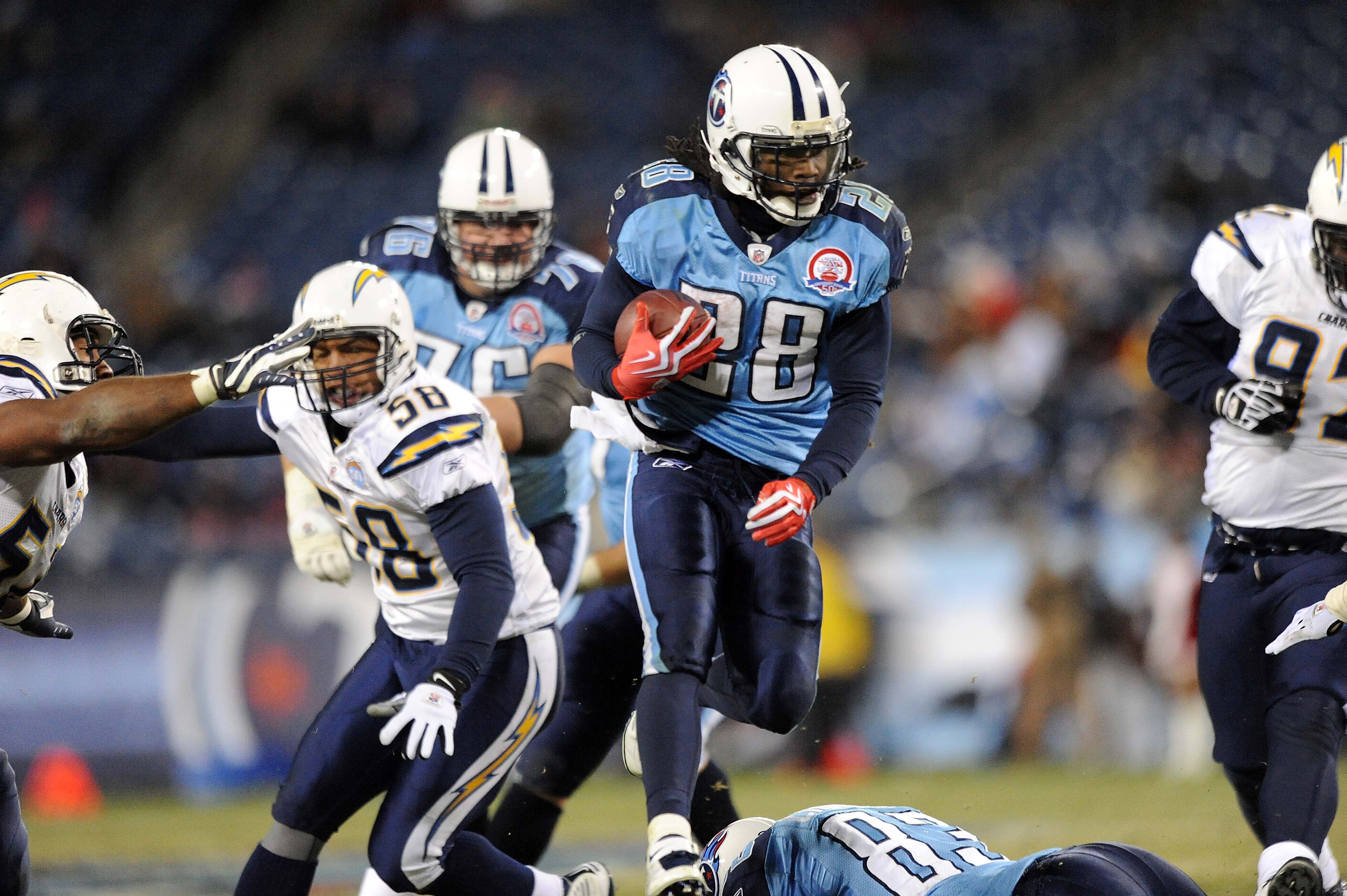 San Diego was riding a nine-game win streak and electrified Tennessee 42-17 on their way to locking up a first-round bye in the AFC playoffs. 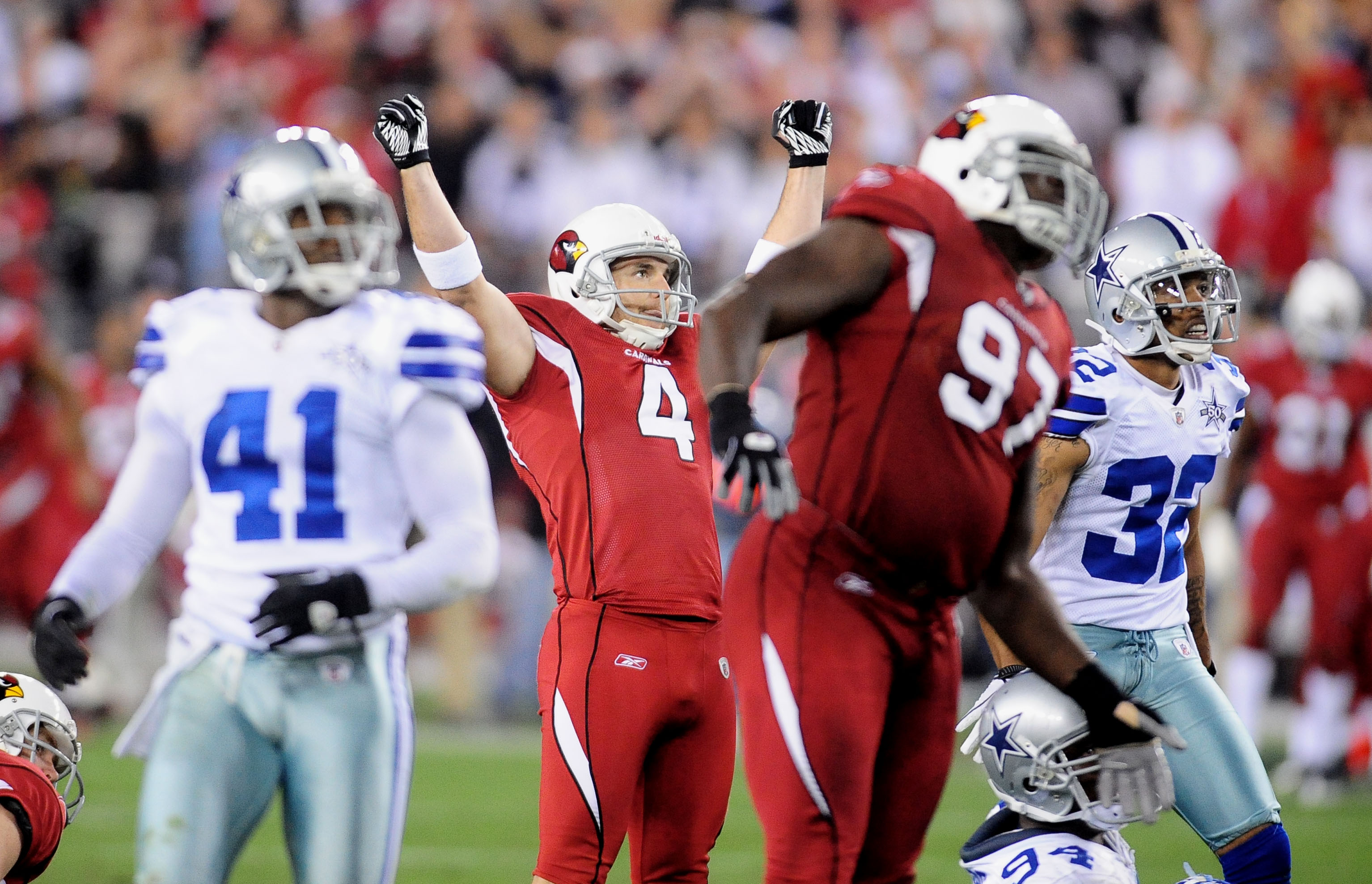 Nothing says Christmas Day like Jon Kitna versus John Skelton. Kitna was knocked out of the game, and second-year backup Stephen McGee from Texas A&M threw a would-be game-winning touchdown pass to Miles Austin. However, kicker David Buehler missed the extra point — back when the line of scrimmage was the 2-yard line, mind you — and Jay Feely nailed a 48-yarder with five seconds left to pull out the 27-26 win. 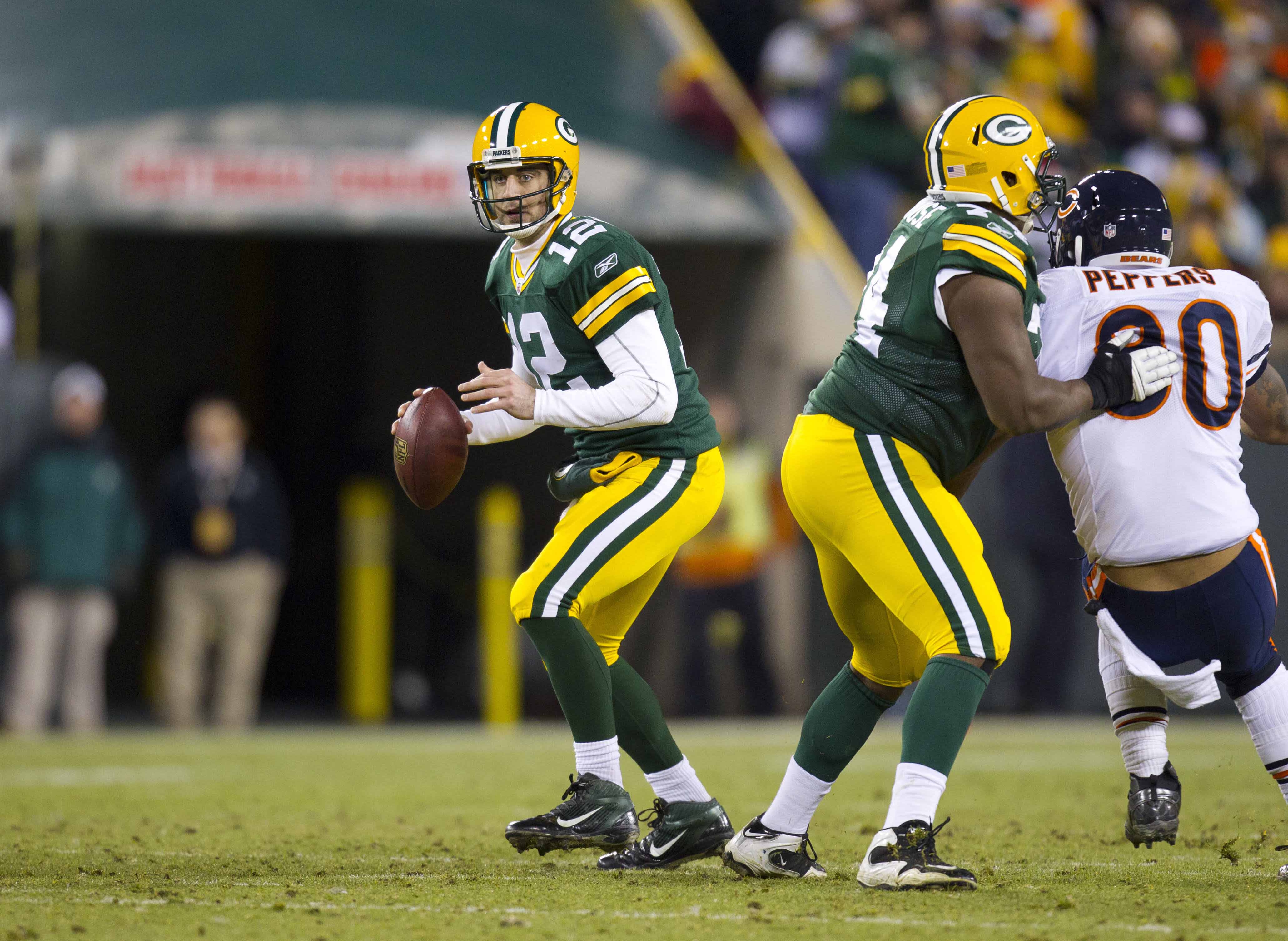 Green Bay was 13-1 and coming off a loss to the Kansas City Chiefs. Chicago was on a four-game losing streak after starting 7-3. The Packers polished off the Bears 35-21. 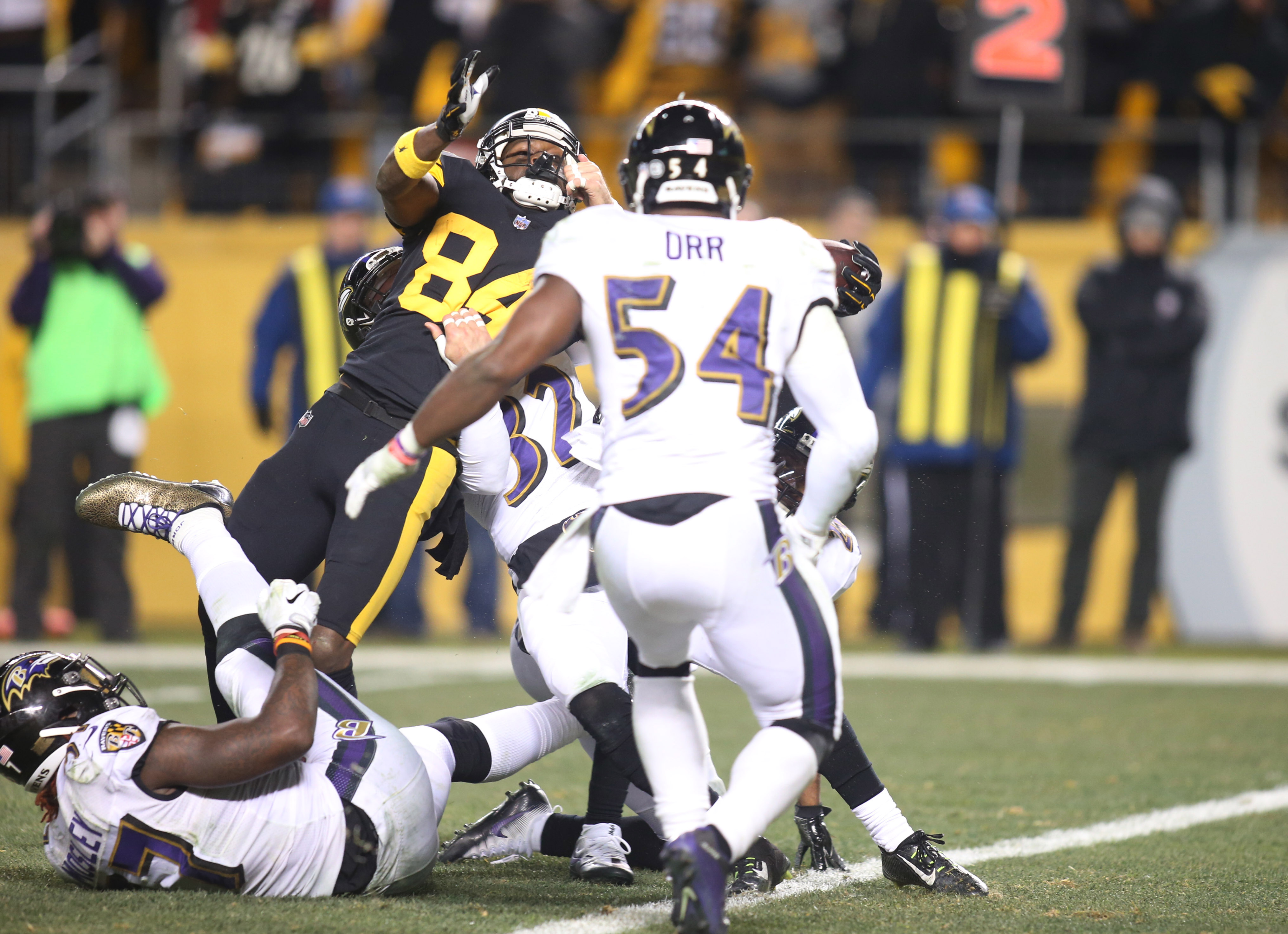 Back when Antonio Brown used to be a football player and not kindle for the blogosphere, he forced his way across the goal line to score a 4-yard touchdown to helped Pittsburgh edge Baltimore 31-27 and seal their AFC North title. 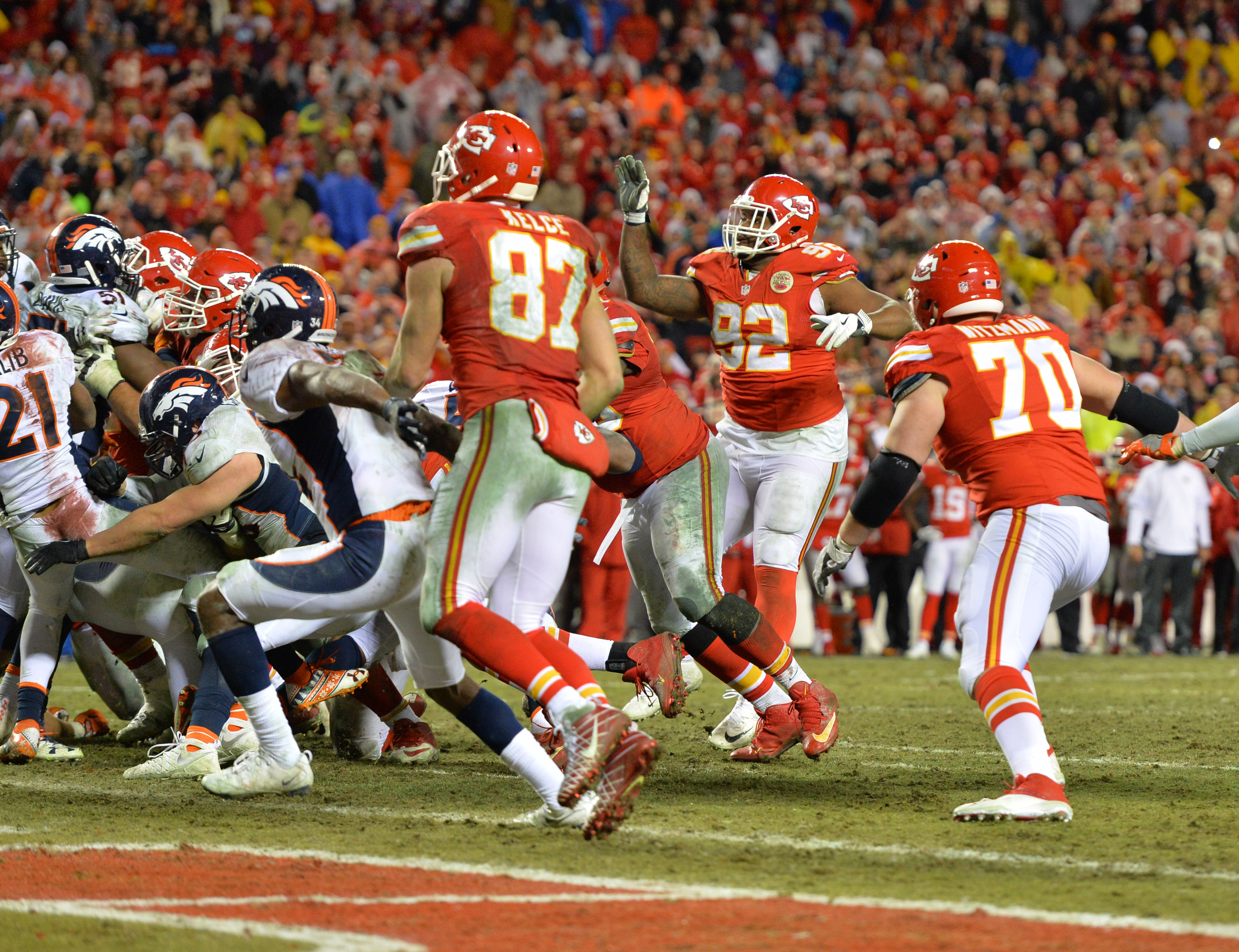 Imagine a 6-3, 346-pound defensive tackle hopping into the air and chucking a 2-yard touchdown pass from wildcat formation. Kansas City didn’t need the fourth quarter points as they were on their way to beating Denver anyway, but the big ugly toss was a stocking stuffer for football fans. 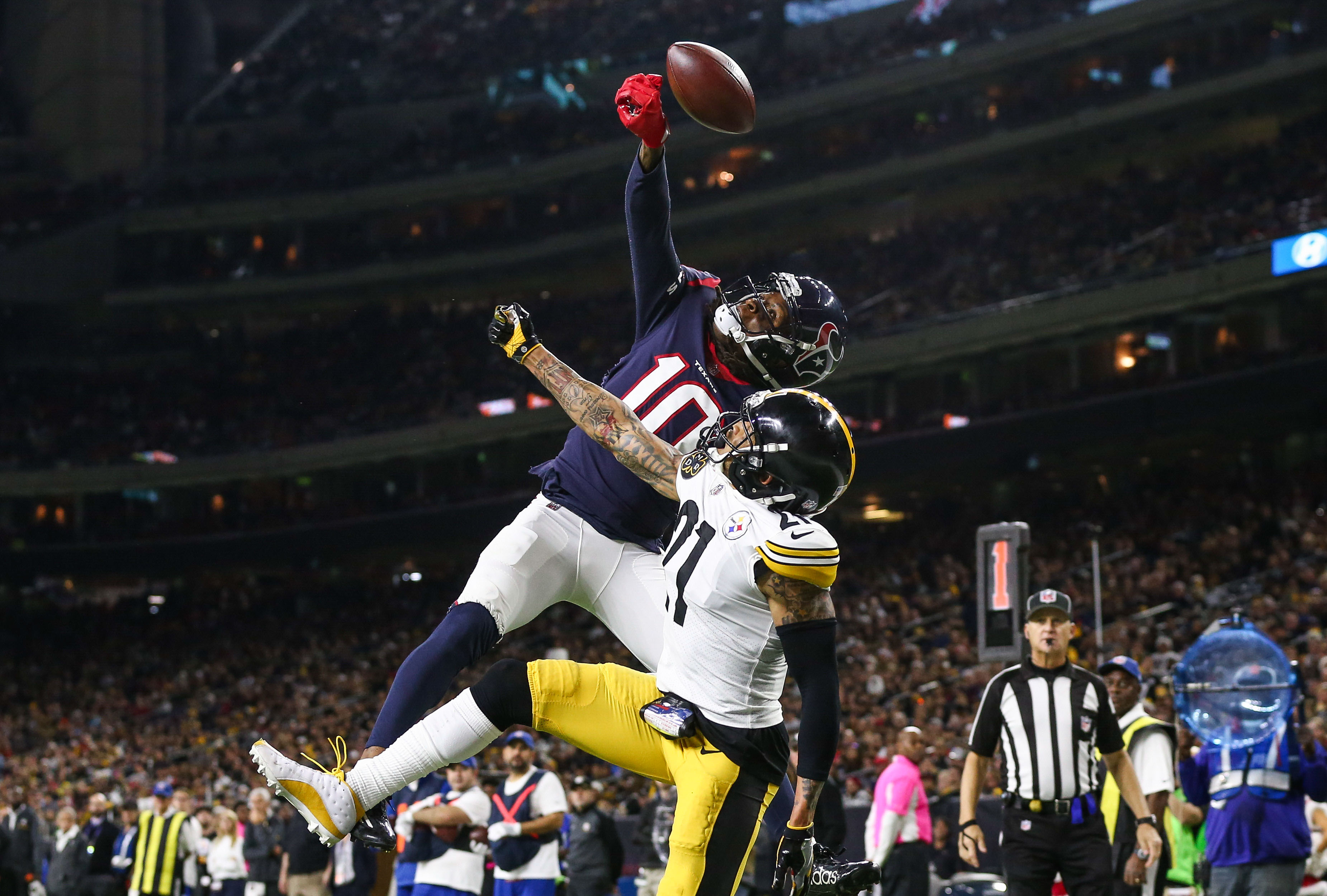 The game was a 27-0 snooze fest until DeAndre Hopkins caught an improbable 3-yard touchdown pass from T.J. Yates. Nevertheless, Pittsburgh beat Houston 34-6 in a game where J.J. Watt and T.J. Watt didn’t get to face each other, rookie Deshaun Watson was recovering from a torn ACL, and the Texans were already out of the playoff picture. 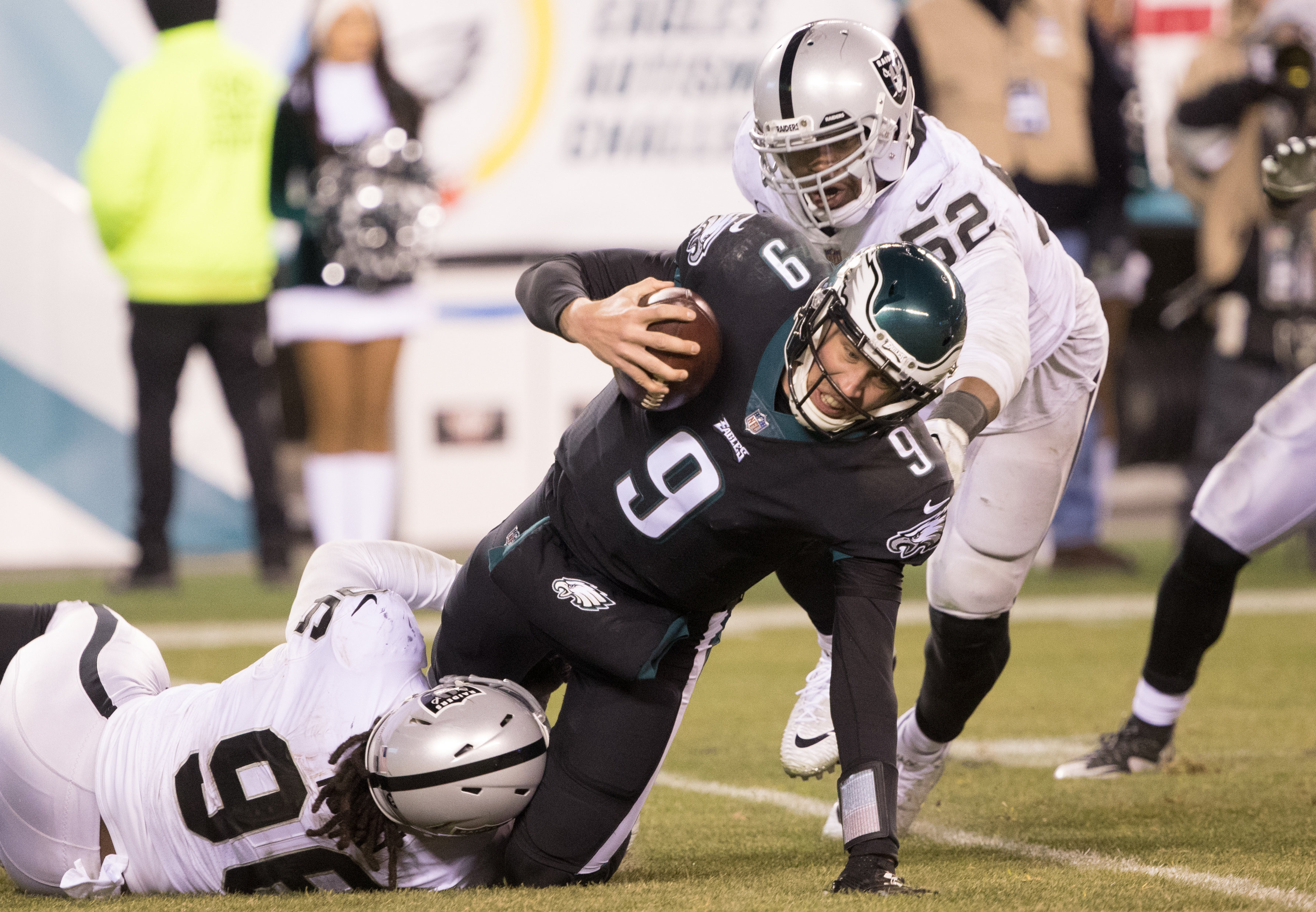 There were questions as to whether Philadelphia could keep winning with Carson Wentz done for the season. Nick Foles cobbled together his second win under center for the Eagles, who defeated Oakland 19-10.