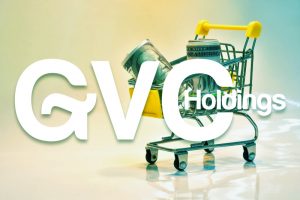 GVC Holdings’ new CEO, Shay Segev, bought nearly 1.5 million shares in the multi-brand gambling operator at a discounted price of £3.17 a share thanks to an incentive scheme for senior managers that has been in place since 2016.

Insiders said the purchase was made to demonstrate Mr. Segev’s confidence in the future of the company.

However, critics saw it as yet another overly generous incentive scheme for the top executives of a company that has been subjected to years of heavy criticism over the bonuses it awards to its senior management.

GVC’s new CEO is reported to have taken out a £2 million bank loan to spend on company shares. He paid £4.7 million to buy GVC stock. As mentioned above, he purchased shares at a significantly discounted price of £3.17 per share.

At £7.66, the going rate is more than double what Mr. Segev paid and the nearly 1.5 million shares he purchased are actually worth around £11.4 million. In other words, if the executive were to sell his holding, he would make an immediate profit of close to £6.7 million.

Mr. Segev has taken over a company that has big online and US expansion ambitions, but is also fraught with regulatory troubles.

During the first half of the year, the gambling operator, which owns British bookmaker Ladbrokes Coral and major digital brands partypoker and bwin, among others, cashed in on an online gambling boom and its aggressive expansion into the nascent US betting market.

Its online profits surged 53% to £368.6 million in the first six months of 2020 thanks to online sales rising five times.

In 2018, GVC partnered US casino and hospitality giant MGM Resorts International to form the Roar Digital joint venture and explore online sports betting and gaming expansion opportunities across the US. The Isle of Man-based gambling company has invested more than $450 million into its US expansion dream so far and plans to be live in 11 states where sports betting and online casinos are legal.

However, GVC is facing a tax authorities probe in the UK over “potential corporate offending” by a former Turkish subsidiary. Last month, HM Revenue & Customs (HMRC) announced that it has been examining potential breaches of section seven of the Bribery Act 2010. That section relates to the failure of UK-based companies to prevent bribery anywhere they conduct business.

GVC sold its Turkish subsidiary in late 2017 shortly before it purchased Ladbrokes Coral in a £3.6 billion deal. Its dealings in Turkey have long been subject to heavy scrutiny as sports betting is illegal in that country.