It took him long enough, but Parker ‘tonkaaaa’ Talbot finally became a WCOOP champion on Day 18 of the 2020 PokerStars World Championship of Online Poker festival. When it happened, Talbot couldn’t wait to tell an old friend all about it.

It’s fair to say that Parker Talbot and Ben Spragg have been the best of frenemies at times online, such as the time the pair of them donned Virtual Reality helmets to take each other on in a poker game with a difference.

Talbot, playing under his usual pseudonym of ‘tonkaaaa’ on PokerStars took down the 8-Max Progressive KnockOut (PKO) event which cost $530 to enter and featured 842 players. That mammoth playing field of talent saw Talbot’s top prize end up being a massive $51,168 as he beat a fellow Canadian at the final heads-up stage. 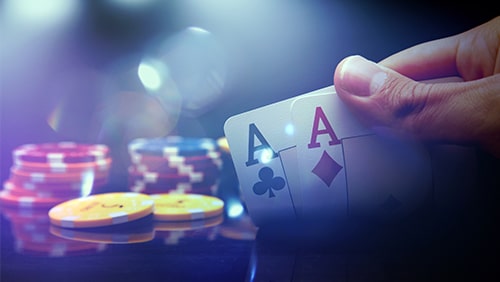 The final table was a continental affair, with six countries represented at the felt. The first player to bust hailed from the Netherlands, but the player known as ‘DaanOss’ couldn’t double despite being Dutch and busted in 9th place for a $5,265 payday.

Two British players busted next, with Jamie ‘Boz’ O’Connor crashing out in 8th place for $5,724 and Paul Dando lasting one place longer, cashing for $6,956.

With six players left, two Brazilians still had high hopes of taking the WCOOP title, but Guilherme Orrico busted in 6th place to see that dream go up in smoke, albeit for a much-higher total prize of $11,320 due to more bounties going his way.

‘DrawindDead’ from Poland and Lithuanian player ‘Vincelis’ both busted in 5th and 4th before Douglas Lopes, the other Brazilian at the final table felt left the party just before the heads-up battle. That ended the way of Talbot after he took on his fellow Canadian ‘LoosControl’, who ended up with the runner-up prize of $47,324. Talbot took to Twitter to remind Spraggy that he no longer has something over him.

Having previous finished as runner-up in many events such as the Sunday Million and Spring Championship of Online Poker (SCOOP) events, the 28-year-old Talbot will celebrate this victory more than many others over a glittering career that has included stints as an online reg, an 888 Team Pro and YouTube extraordinaire.

Whatever ‘tonkaaaa’ turns his hand to next, you know it’s going to be entertaining.