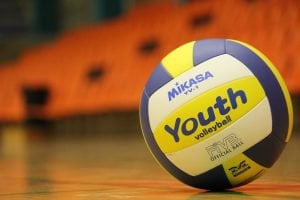 So, if you bet on Volleyball in Korea, then you would know about a team called the Pink Spiders, I even tipped them a few times in my POTD.

If you don’t and want to make money, then there is a chance for you to do that too. Volleyball can be very profitable with the odd swings and set comebacks.

Background: Before the events in the past 2 weeks, there is a team at the top of the table called Heungkuk Life Insurance Pink Spiders. They are the premier volleyball team in Korea, they were at a record 17-3

They’re one of the most dominant teams, won the title in the last year and previously as well. Recently, however, they’ve gone on a run of 1 win and 6 losses.

Bullying and Expulsion: The reason for the Pink Spiders ABSOLUTE drop off in form has been because:

These 2 twins were one of the best Korean female volleyball players, they averaged the highest number of points out of the local Korean group and were a fundamental part of this team. They scored 473 points in total.

To give a comparison, imagine the Nets, a few games from playoffs, without Kyrie and Harden.

The Pink Spiders, to say are struggling, is an understatement. They have gone 6-19 in sets, lost against teams who just a few weeks ago they have beaten. Point being, their season is done, and they’re finished.

What’s next? So, with two games left of the season, bookmakers have already started to adjust some of the odds, today, the Pink Spiders were 6.50 underdogs, vs a team they were favourites 1.20 just a few weeks ago.

They qualified for the “play-off” so to speak, but depending on the odds, they are a team to bet against at all cost, handicaps, sets.

They play the next games on the 6th and the 9th of March, with play-offs being decided afterwards.

Depending on the odds, I fully recommend betting against them for the play-offs and the regular season games, there is ample opportunity to make bank from things like set betting, and handicaps, as well as point totals.

This team is hot garbage without those two, they lost their best attackers, best point makers, best Korean players and talent, and their one women import will not be able to carry them, nor will their rest of their players. Their season is done and I would be surprised to see them get anything other then 0-3 or 1-3 in their next remaining games.

So follow this team, because it’s almost guaranteed that they will get destroyed in the following weeks, setting up ample opportunity to bet against them at all cost.