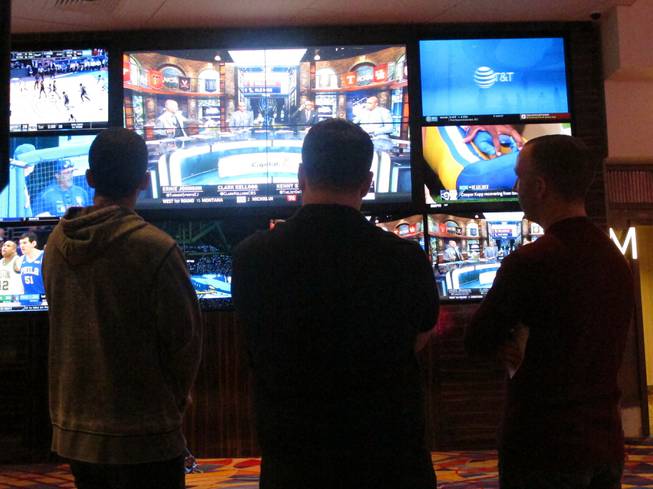 Jimmy Vaccaro has seen it all in his more than four decades as a Las Vegas bookmaker.

He’s a historian of sorts when it comes to the industry, proudly reciting tales from the 1970s when wagering on games was exclusively done in Nevada — and frowned upon by outsiders.

That is no longer the case.

Voters approved sports betting in three states — South Dakota, Louisiana and Maryland — last week to continue to legitimize the industry and pave the way for Nevada companies to further expand into other untapped markets.

More than half the country could have legal sports betting by the end of 2021, less than three years after a U.S. Supreme Court ruling cleared the way for all 50 states to adopt it.

And that’s great news for Nevada.

“It will benefit everybody because it acclimates more people (to sports betting),” Vaccaro said. “There’s such an entertainment value.”

Las Vegas bookmakers have long said the opening of betting houses in other markets wouldn’t significantly affect local business. There’s simply no comparison in the experience, they argue.

“No other state has the numbers Nevada has for gaming tourism,” said A.G. Burnett, the former chairman of the Nevada Gaming Control Board. “When you look at sports books, they were traditionally an amenity for hotels, but that’s been changing. I think as legal sports betting increases in popularity, Las Vegas will increase in popularity because of the synergies that are present only in Nevada. Sports books here are beautiful places that people want to come to.”

Just look at Las Vegas’ newest resort, the $1 billion Circa Las Vegas in downtown. Its over-the-top, multilevel sports book is a focal point of the property, complete with 1,000 stadium seats, luxury boxes and a 78 million-pixel screen, which reportedly cost more than $20 million.

“Las Vegas’ monopoly on sports wagering ended a couple of years ago,” said Jay Kornegay of the Westgate SuperBook. “But Vegas has always been resilient and dealt with gaming competition from across the country for a long time. Vegas is so unique, it will certainly survive the spread of sports betting. There’s just not that many people who come here just to make a sports bet.”

The SuperBook is in the midst of expanding to Colorado and plans to be operational in New Jersey by the end of the year, Kornegay said.

William Hill, which controls nearly 150 books in Nevada, is also aggressively expanding to other states where there is significant business waiting.

New Jersey has emerged as the standard in terms of volume. More than $748 million of bets were made in the state in September, surpassing the record of $688 million wagered there in August.

“Expansion is a good thing for the industry,” said Joe Asher, the CEO of William Hill, which has expanded in New Jersey, Iowa, West Virginia, Illinois, Indiana, Iowa and Colorado. “Nevada had its best year ever for sports betting in 2019. Obviously, visitation is down in 2020 with the pandemic, but we’ve been hiring in Nevada and some of our competitors have been hiring. Legalizing sports betting on a more national scale is going to help everything.”

The American Gaming Association reports that a whopping 78% of the national sports wagering handle for the months of August and September was represented by mobile bets — a result of the pandemic.

“Sports betting and iGaming continue to gain momentum as states accelerate legalization and sports volumes ramp up,” Hornbuckle said. “BetMGM has gained significant market share and has already become a top-three player in each of our markets.”

Kornegay said he eventually expected more than 40 states to legalize sports wagering, adding that there’s “too much revenue to be made.”

One of those states could be California, which is at least two years away from putting it on the ballot for a vote and facing resistance from Native America tribes already operating casinos. If California were to legalize sports betting, that could have a “sizable dent on the Las Vegas handle,” Vaccaro said.

“Two years ago, I would have said it’s probably a 10-year window,” Vaccaro said of California approving wagering. “I would say now that’s down to five years. They’re going to look around and see that (sports betting) is canvassing the country; they’re going to want to get in on it.”

But Vaccaro stressed that Las Vegas is “still the top attraction.”

Spend Sunday watching football at a Las Vegas resort, and it’s hard not to get hooked by the experience.

“There isn’t another place like Las Vegas,” Kornegay said. “Being at a sportsbook or on an app on your phone in Iowa, that still isn’t going to compare.”