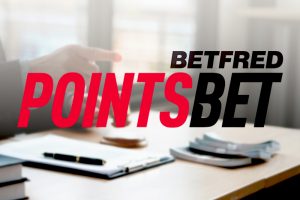 Two sports betting operators have been hit with fines by the Iowa Racing and Gaming Commission over similar violations of the state’s self-exclusion gambling rules, Radio Iowa reported Monday.

Brian Ohorilko, administrator of the state racing and gambling regulator, said that PointsBet and Betfred were the two operators to have been slapped with penalties by the agency.

PointsBet’s Iowa arm has agreed to pay a $5,000 fine for failing to update the state’s self-ban list into its system within the required period of seven days.

DraftKings Hit with Fine in Iowa over Self-Exclusion Violations

PointsBet secured its entry into Iowa’s regulated sports betting market in the spring of 2019 when the wagering operator penned a multi-year deal with Catfish Bend Casino in Burlington. The company entered the local market late last year.

Mr. Ohorilko said that PointsBet has been taking steps to avoid a repeat of its violation. He went on that that was a first offense for the sports betting operator and that it has “implemented additional procedures to ensure that does not happen again.”

Started in Australia, PointsBet now has its eyes on the fast-growing US sports betting market. Last week, the company rolled out its mobile betting app and desktop betting product in Colorado. Including the Centennial State and Iowa, PointsBet is now operational in five states. The company plans to locate its permanent US headquarters in Denver.

Betfred was the other operator named by Mr. Ohorilko in relation to the recent fines issued by the Iowa Racing and Gaming Commission. The sports betting company was punished for similar self-ban violations, it also became known.

Betfred was slapped with a $5,000 penalty for failing to download the list of self-banned gamblers within the required period.

Mr. Ohorilko explained that in Befred’s case, there was an employee who was supposed to download the list. The staff member downloaded the list a day early and then was late with the download the following week.

The Racing and Gaming Commission’s administrator noted that downloading the list of self-banned people is important as this prevents anyone on that list from being sent promotional gambling materials by locally licensed operators or from being allowed to gamble.

Mr. Ohorilko pointed out that this was Betfred’s first offense since the company entered Iowa’s sports betting market.

Betfred marked its Iowa entry early this year when it opened a retail sportsbook at Grand Falls Casino in Larchwood. The sports betting operator teamed up with the casino last year. The launch of the brick-and-mortar facility was followed by the rollout of Betfred’s online sportsbook and mobile betting app in July.

PointsBet and Betfred were not the only two sports betting operators to have recently been fined in Iowa. Last month, the state gambling regulator fined DraftKings $5,000 over self-ban violations.