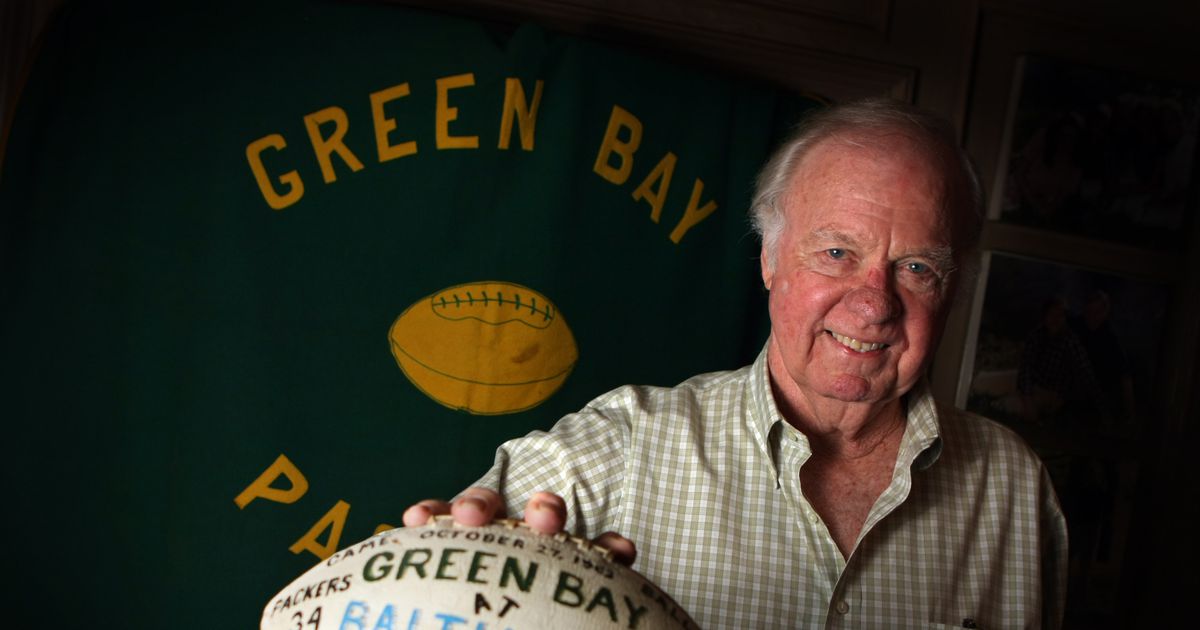 Little about John Roach was fleeting.

The former Cowboys quarterback and ex-University Park mayor sustained friendships that, in multiple cases, lasted more than 70 years. A monthly poker game that began at SMU with college buddies largely continued for more than 60 years, the betting limits not wavering from nickels, dimes and quarters. He and wife Patsy, whom he met in college, celebrated their 64-year wedding anniversary in December.

Pork ribs were among his grill specialties. He slow-cooked them, of course.

Like elements of his life, his legacy will endure over time.

Roach accepted a stage IV cancer diagnosis in January with peace, declining aggressive treatment options at age 87 and telling loved ones he was ready for heaven. He passed away on Thursday, three days after moving from his longtime University Park home to hospice care.

“He was just a man of great integrity,” son Doug Roach said. “He was very humble. He was a wonderful father to my sister (Kaki) and me.”

John Roach entered the NFL as the Chicago Cardinals’ third-round pick in 1956. While debuting at punter, he predominantly played quarterback during an eight-year NFL career. He backed up Green Bay Packers quarterback Bart Starr from 1961 to 1963 under coach Vince Lombardi, winning two league championships there.

In 1964, Roach thought he was done with football.

He retired. He joined an investment firm. Then, Cowboys coach Tom Landry summoned him in August following an injury to quarterback Don Meredith. He started four games.

Roach remains the only person to play football for each of Highland Park High School, SMU and the Dallas Cowboys. He is the first of three players in Cowboys history to wear No. 12. Punter Ron Widby, who passed away on Dec. 22, wore No. 12 in 1968. Quarterback Roger Staubach arrived a year later, beginning a Pro Football Hall of Fame career that led to the number’s unofficial retirement.

Roach enjoyed entertaining friends and family members at an East Texas family lakehouse. His ashes are arranged to be spread there.

Roach was not one to make a fuss of himself. He requested that loved ones not eulogize him at a funeral. Often, he downplayed his own achievements. He often claimed he was not deserving of a particular honor when approached.

But one certainly suits him.

In 2008, the community track at Germany Park in University Park was named the John Roach Track in recognition of his contributions. Roach, a captain of his prep track team, served on the University Park Board of Commissioners from 1984 to 1988 and as mayor from 1988 to 1992.

This large loop, embraced and enjoyed by community members, is continual and lasting.