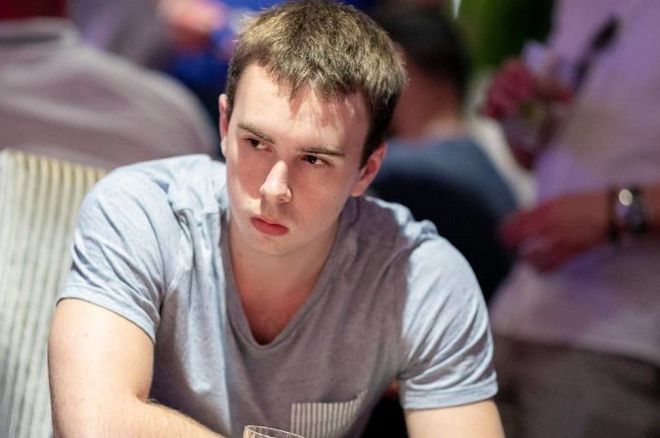 Yesterday was another exciting day in the MILLIONS Online at partypoker.

Ottomar Ladva had a night to remember after he defeated a star-studded final table including coming back from behind against Justin Bonomo heads-up to ship the MILLIONS Online #11 $25,500 6-Max Super High Roller for $525,089.

Read on to learn more about these events and more in the MILLIONS Online at partypoker.

Head to the NEW partypoker Hub

Want to stay up-to-date on all the latest partypoker news right here on PokerNews? Why not try out the new partypoker Hub!

Ottomar Ladva has been a well-known poker player in his home country in Estonia for quite some time and during the past year has made a name for himself on an international level. He proved again last night that he can play with the best of them by shipping the MILLIONS Online #11 6-Max Super High Roller for $525,089.

Ladva’s huge win is even more impressive considering he qualified in for just a fraction of the $25,500 buy-in. Before getting into the action on Day 1, Ladva won a $530 feeder tournament to a $2,650 direct satellite. He then won the satellite before shipping the Super High Roller last night for a sick return!

The Super High Roller was a two-day event featuring $1,000,000 guarantee. The guarantee was smashed with the event attracting 70 entrants on Day 1 to generate a huge $1,750,000 prize pool.

Day 2, which was broadcasted live on the partypokerTV Twitch and YouTube channels, began last night with just 11 hopefuls remaining, each guaranteed a min-cash of $59,322 which both Samuel Vousden and Rok Gostisa collected for finishing in 10th and 11th places respectively.

Giuseppe Iadisernia and Aliaksei Boika were eliminated in eighth and ninth places for $66,239 to set-up a star-studded seven-max final table.

Justin Bonomo kicked off the final table in the captain’s chair with Day 2 chip leader Brock Wilson and eventual winner Ladva not too far behind.

Ami Barer (seventh – $75,781) held the shortest stack and was the first player to hit the rail at the final table when his suited big slick didn’t win a flip against the ladies held by Bujtas Laszlo.

Laszlo took over the chip lead before he ousted Wilson (sixth – $90,589) in a big pot to extend it further. Wilson, holding tens, rivered a set and called off his stack only to get coolered with Laszlo, holding six-four, having the nuts with a straight.

Latvian Aleksejs Ponakovs, waiving an Estonian flag at partypoker, was the next to go. He jammed his short stack of eight big blinds from the small blind with nine-eight and didn’t get there against the jack-ten held by Ladva in the big blind to hit the rail in fifth place for $114,839.

Shortly after, Bonomo doubled against Laszlo to take the chip lead. The lead temporarily went over to Ladva but Bonomo took it back while sending Laszlo packing in fourth place for $152,275 when his treys won a flip against ace-ten.

Bonomo extended his lead further before he eliminated the short-stacked partypoker Ambassador Jason Koon in third place for $212,835 when his seven-six suited nailed a flush against Koon’s queen-five.

The final hand witnessed both players getting it in with top pair on the turn. Bonomo held queen-jack which also gave him an open-ended straight draw but he was behind the ace-jack suited held by Ladva. Ladva also counterfeited some of Bonomo’s potential outs with a flush draw. A blank hit the river and Bonomo was ousted in second place for $327,468.

The MILLIONS Online #13 Knockout kicked off the first of its two days yesterday with 156 entrants getting into the action in this $1,600 buy-in event.

Day 1 ended with just 27 players remaining, each of which are guaranteed a min-cash of $1,763 plus any bounties collected. Those that made it to Day 2 will benefit from $14,000 in added value with the buy-ins not surpassing the generous $250,000 guarantee.

Become the Next Big Winner in the MILLIONS Online at partypoker

Both events have identical structures with players starting off with 1 million in chips and blinds increasing every 20 minutes. The first day will end in both tournaments when players are in the money with Day 2 resuming on Friday, Feb. 26 at 7:05 p.m. GMT (2:05 p.m. EST).

Of course, there is still plenty of time to qualify for both of these events for pennies on the dollar via satellites at partypoker.

Valentine’s Day took place already more than a week ago but the love continues for another week at partypoker thanks to its Love Party promotion for both new and existing players.

If you don’t already have an account, simply download partypoker through PokerNews to take advantage of this promotion and get in on the epic MILLIONS Online action.

The first part of the promotion is simply completing a daily Love Party mission. The first step is to opt into the mission via the client’s ‘Promotions’ section.

After that you will be presented an easy-to-complete mission such as winning a cash game hand with a suited big slick. You will be awarded a random prize after you complete the mission which could include a MILLIONS Online ticket worth $55!

This is not all as partypoker also giving you the chance to claim a mystery prize this week simply by making a deposit using the ‘LOVEPARTY’ deposit code between now and March 3. The prize could be a freeroll ticket, a SPINS ticket, or even $50 in cold, hard cash!

Head to partypoker today to not miss out on the free love before time runs out.