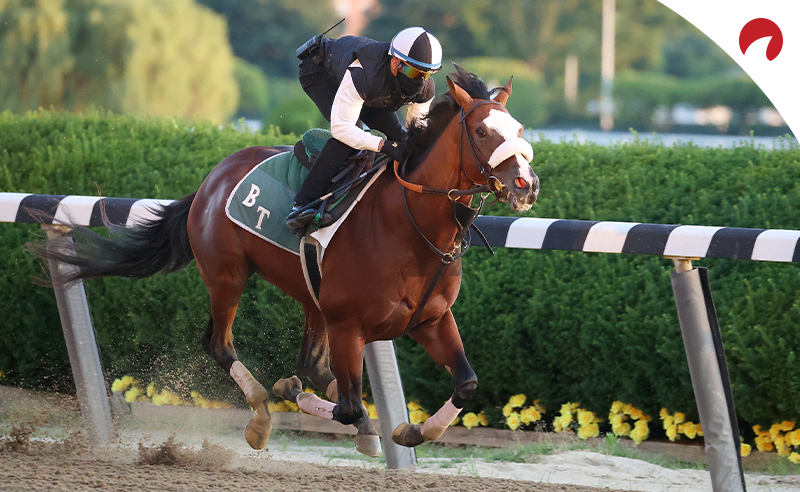 LAS VEGAS — Jumping to North London for a look at Tottenham vs Manchester United. With no fans in the stands, the visitors from Manchester are the favorites at +140 while the hosts are +190.

Just a quick personal note. Mrs. Ecks & Bacon is and has been a Tottenham supporter for years, and since my Arsenal team is their main rival, I have come to DETEST the Hotspurs. You’re probably wondering why “Hotspurs”? They were named after Sir Henry Percy, known as Harry Hotspur. He was given the nickname Hotspur because he dug in his spurs to make his horse go faster as he charged in battles. At least, that’s the rumor.

Wiki tells me that Harry helped get rid of King Richard II in favor of King Henry IV. Sadly, the Percys took up arms against the new king, and Hotspur was killed in the Battle of Shrewsbury. Henry IV wept when he saw the body of his friend. The next part of the story is GRUESOME, so not gonna go there, but if you’re interested, would recommend Shakespeare’s “Henry IV, parts 1 and 2.”

Back to the pitch where Man U had been on a sweet roll before the lockdown. The Red Devils are sitting in the fifth slot in the Premier League standings, with 45 points, just three behind Chelsea for a spot in the UEFA Champions League. They have won 12, lost eight and posted eight draws. United has hit the net 44 times and allowed 30 for a solid +14 goal differential. The Spurs are sitting on 41 points, with 11 wins, 10 losses and eight draws. Tottenham has scored 47 goals and allowed 40 for a +7 goal differential.

However, there will be MASSIVE changes to both sides as the EPL ramps back up. The Spurs get super striker Harry Kane back as well as Son Heung-min, their top two scorers. But they’ll be without Dele Alli, who has been given a one-match ban for making a racially insensitive joke about the coronavirus. The visitors get Marcus Rashford and Paul Pogba back after long injury layoffs.

The Red Devils have not lost in their last 11 matches, while the Spurs have not had a W in the last six outings. Tough call since it’s the first game back for both teams, so we’ll drop half a Benjamin on the draw, wager $50 to win back $120. Also tickle the Double Result prop and take the choice, “tied at halftime and tied after 90 minutes” at +400. Another half a Benj, $50 to win back $200.

Aside from being run first instead of third, the Belmont will be run at a mile and an eighth, not a mile and a half, with only one turn, not two turns.

There will be Kentucky Derby points for the first four finishers (150 points, 60 points, 30 points and 15 points). Oh yeah, almost forgot, NO FANS in the stands!!!

If you’re wondering about the rest of the schedule for the upside-down Triple Crown, the Kentucky Derby is up next on September 5, and then the Preakness Stakes on October 3.

The +120 morning line favorite is Tiz the Law. He is 4-for-5 with his only loss coming in the slop at Churchill Downs. In the four wins, he has won by an average of four lengths at the finish. He also has two Grade 1 wins, the Florida Derby and the Champagne. No other runner in this field has a Grade 1 win or a triple-digit Beyer speed figure.

The trainer, Barclay Tagg, trained Funny Cide to Kentucky Derby and Preakness wins in 2003. The colt is training lights-out and should win the first leg of the Triple Crown. He has the early tactical speed to stay close to the front-runners and then motor by the field at the top of the stretch.

So, the wager is a full Benjamin to win on number 8 Tiz the Law, and a $5 exacta, wheel 8 with all the rest.

Benjamin Eckstein is a nationally syndicated sportswriter/oddsmaker. His column, America’s Line, with the Ecks & Bacon appetizer, has run in the New York Daily News and over 100 other papers since 1988. You can follow him online at www.americasline.com. He is beloved by most, when he picks winners, and detested by others, when he picks the occasional loser. If you wanna piece of Eck, hit his email…[email protected]