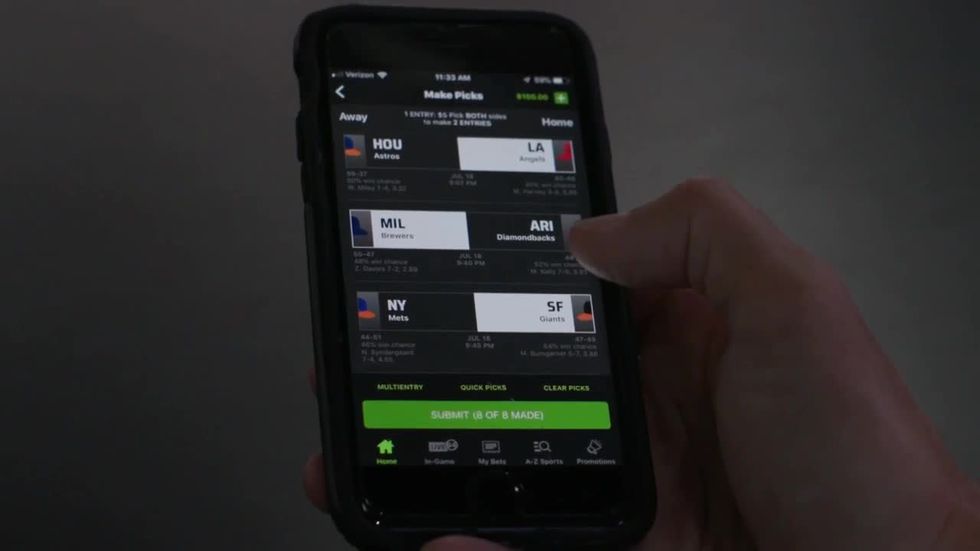 CASPER, Wyo. (Wyoming News Now) – In 2018, the Supreme Court rolled back the ban on sports gambling in the United States. Since then, over 20 states now offer some form of legalized sports betting, and a House of Representatives member from Natrona County is leading the charge to add Wyoming to the list.

“My colleagues are certainly hearing from their folks at home,” said Tom Walters, who represents House District 38 in the Wyoming House of Representatives. “This is something they want to see.”

Walters plans to introduce House Bill 133 next month at the legislative session, which would allow for online and mobile sports wagering.

Walters admitted that sports wagering is already happening in Wyoming, so the first benefit would be consumer protection. “The wagering public, when they place a bet in today’s market, they have no protection if they will be paid or not,” said Walters. “In a regulated environment, which is what this bill aims to achieve, they have recourse if they’re not paid, but there really wouldn’t be a concern for not being paid.”

The second benefit would be revenue for the state. Walters’ bill includes a 10% tax rate on the net revenues of the wagering.

Walters’ hope is to have systems in place by next college football season for Wyoming bettors. There are still quite a few steps for House Bill 133 before that happens, though.

Colorado had its first legal sports wager in May 2020 and has a setup similar to what Walters envisions for Wyoming.

Colorado Director of the Division of Gaming Dan Hartman was instrumental in getting Colorado’s systems put in place. That first legal wager in May 2020 happened after it was made a law in Colorado in the fall of 2019.

Hartman and his gaming team had to vet companies that would be offering odds, establish mobile platforms and establish ways to securely verify that it actually was the person placing a wager. Hartman revealed that one part of the process was driving into Wyoming to confirm that a wager could not be made and the geolocation software was secure.

“It really shows that the framework we put in, all the other things we did, the safeguards made people feel, and to move there faster than I think we anticipated,” said Hartman.

Hartman’s belief is that this is a great new form of entertainment for the people of Colorado. One of the things he is most proud of are the speed bumps they’ve established to prevent Colorado gamblers from digging themselves too deep.

“If you’re getting a little bit over extended, you’ve set your limit at $100 for a week or a month, and you start approaching that, those programs will stop you.”

To learn more about House Bill 133, check it out here.