Orient off to a good start in all competitions

Leyton Orient are looking to reach the fourth round of the League Cup for the first time since 1962/63, and personally, this is the Sky match I’ve been looking forward to watching.

Brisbane Road holds some wonderful memories as I covered the O’s reporting for their Clubcall line for many seasons and had access to the players and managers as well as going to the games. I was there for the playoff win at Brisbane Road against Hull in 2001 and it’s a super place under the lights. I was also lucky enough to score at the away end in a 2005 charity match too, playing in midfield alongside Dean Smith (Aston Villa manager) and Martin Ling (now Orient Director of Football). It’s fair to say I was the weak link in the three!

So with a hearty chunk of sentiment, I’m ever so pleased the club are back in League Two and hope to be previewing them in for my third tier column next season as they have started 2020/21 in solid fashion with four points from their two games against Oldham and Mansfield.

O’s boss Ross Embleton must be satisfied with the season’s work thus far, although judging by reaction and interviews, Orient have yet to really hit their straps in terms of performance levels. It’s a good sign they are winning games and picking up points without reaching their peak. That’s been the case too with a pair of League Cup victories so far against Forest Green and Plymouth (winning 2-1 and 3-2). 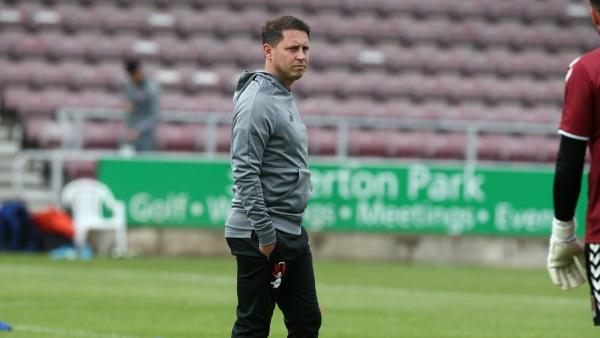 Will Mourinho turn to Alli?

Tottenham’s start to the season has been as confusing as Franz Kafka’s “The Castle”. They were completely devoid of attacking output in the 0-1 loss to Everton in the opening round of the Premier League fixtures, but on MT2, they buried Southampton with a 5-2 blitz courtesy of four Son Heung-min goals and one from Harry Kane.

Both Son and Kane are unlikely to feature for this, although the England captain is the big story, as he sponsors the Leyton Orient shirts. He scored a few for Orient as well during his loan spell of 2010/11 with five goals in 18 appearances. However, I remember seeing his then Spurs’ teammate Paul-Jose M’Poku play in the 2-2 draw at home to Bournemouth in the same season, and he really was a fantastic talent. A superb winger.

There are strong links between the two clubs, and it will be a night to fondly remember former Orient boss and Spurs FA Cup winner Justin Edinburgh.

Jose Mourinho is expected to make wholesale changes, and there’s a possibility that Deli Alli – who has not featured in two games since the Everton defeat, could have a chance of appearing on Tuesday evening. Mourinho hasn’t been happy with the imbalance of attackers and defence on the bench, but the possible inclusion of the England midfielder will no doubt generate more speculation – especially as he has been linked with a move to Paris Saint-Germain.

The north Londoners are priced up at [11.0] in the Carabao Cup Winner market on the Exchange, and it will be fascinating to see how Mourinho approaches this alongside his Europa League and FA Cup expectations.

Similar to last week’s matches, the Premier League versus League One/Two clubs makes for a completely one-sided market – although I respect there are backers that go in with ultra-short prices.

Last time out, I almost got the Draw No Bet with Burton and Villa (damn those 88th minute goals), but we managed to eek out prices with Everton on the handicap and West Brom to win at half-time – both boosting to more attractive odds rather than a tip and bet at [1.33].

With Tottenham, we are dealing with a price [1.50], and in truth, I have seen worse short odds-on bets – especially if Alli starts.

If you are backing at those odds, the Opta Stats are firmly with you, as Orient have won just two of their 33 matches against sides from the top division in the competition (D8 L23). Spurs have also eliminated the O’s in their previous two League Cup meetings (although with the last being in 1986, that’s largely irrelevant).

Tottenham fans will remember the exit on penalties to Colchester last season in this competition (0-0 after 90 minutes), but Deli Alli, Lucas Moura, Eric Dier, Ben Davies and Davison Sanchez all started in that game.

The West Brom price to win at Half Time against Harrogate was a tick under [1.80] last week, and that’s a bet I quite like, especially as Spurs are a lot bigger at [1.95]. A good fast start from the visitors is needed, and if Orient concede early, they are more than likely to try and keep the scoreline respectable rather than go all out attack.

Players of the Both Teams To Score market are presented with the ‘Yes’ at [1.88] and ‘No’ at [2.0]. Spurs are not easy to work out having scored five after a drawing a blank in the Premier League, but with a different line-up against a fourth tier team, you’d expect a goal or two.

Likewise, the O’s are certainly capable of finding the net, as they have scored in every one of their matches this season. Striker Danny Johnson has a remarkable five in five thus far and has an almost Clive Allen-like record of one-in-two following successful spells at Gateshead, Motherwell and Dundee. Johnson isn’t a youngster at 27, but he’s a complete fox-in-the-box player.

He is priced at 3/1 on the Sportsbook in the Anytime Goalscorer market, while teammate and captain fantastic Jobi McAnuff is 13/2 for the same bet, and he found the net with a lovely lob/chip in the previous round against Plymouth. Johnson also scored in that from the bench on 90 minutes.