The odds on Jurgen Klopp becoming the next Premier League manager to leave his job shortened after Liverpool suffered their sixth successive home defeat by losing 1-0 to Fulham on Sunday.

The defeat left the champions eighth in the table and 4.47/2 to finish in the Premier League’s top four.

The Reds boss is 4/1 to become the third manager to leave.

And there is a clear front-runner to succeed him: Steven Gerrard who yesterday celebrated helping Rangers win their first SPL title for a decade. The Reds legend is 6/4 to be the next man in the Anfield dugout. 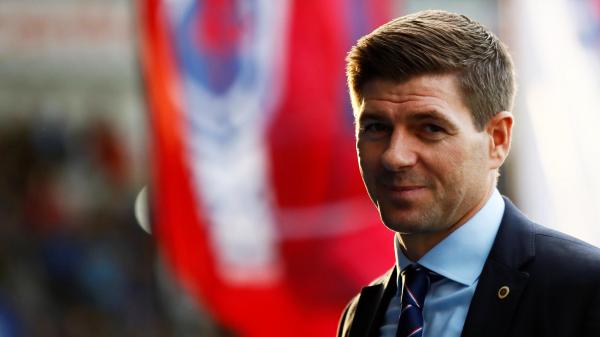 It’s difficult to know what’s gone wrong for Liverpool – how they went 68 home matches unbeaten in the league to losing six in a row, including embarrassing defeats to the likes of Burnley, Brighton and Fulham.

Klopp has won the Champions League as well as the Premier League in his half-decade at Anfield but he admitted after the latest defeat that he was in one of the most difficult periods of his career.

Only two champions have failed to finish in the top four the following season – Manchester United in 2014 and Leicester in 2017.

And in recent years Claudio Ranieri and Jose Mourinho were both sacked for mounting weak title defences.

Could the unthinkable happen? Even a month ago the idea of Klopp leaving Liverpool would have been unthinkable. It still seems unlikely but it’s getting more plausible with every defeat and, as several pundits have pointed out, if he were manager of Chelsea they’d have sacked him by now.

Next up for Liverpool is the second leg of their Champions League last-16 tie against RB Leipzig. They lead the German club 2-0 from the away leg. If Leipzig, who are 6.86/1 to qualify, could pull off a remarkable comeback then the pressure on Klopp will intensify.

Amid talk of him leaving and Gerrard taking over, though, there’s an added sense that history might be repeating itself.

Thirty-one years ago Kenny Dalglish quit as manager of Liverpool and was succeeded by Graeme Souness, who left Rangers to take over at the club where he’d made his name as a dynamic midfielder. At the time Liverpool were defending champions but they wouldn’t win another league title for 30 years until a certain charismatic German came along.