Reds in a rut

For only the second time under Jurgen Klopp, Liverpool have gone four Premier League games without a win and their current form is threatening to undermine their title defence. The Reds are out to 5.59/2 to scoop a consecutive Premier League title.

They are hardly at crisis point yet but a decent lead has evaporated and they will be playing catch-up as the campaign heads into its second half.

Much has been written about the Reds’ problems at the back (Joel Matip is back in training but unlikely to play in this one) but more recently it has been the famed forward line which has failed to deliver – just one goal has been scored across those four games.

Not that the two are unrelated.

Moving Fabinho and Jordan Henderson into the back four has resulted in a much-changed midfield, one which has worked so efficiently for the past two seasons. Stephen Tudor spells out the Reds’ issues in full in this great article.

The Reds managed to start brightly against Manchester United on Sunday but having failed to find the breakthrough in the opening half hour the belief seemed to drain away and their great rivals could easily have ended up winning the game.

As it was, Liverpool managed to extend their unbeaten home league record to 68 games and that is the big plus for them coming into what could be another awkward test.

Clarets hard to break down

Burnley have undoubtedly picked up since their now customary 5-0 hammering at Manchester City, winning three and drawing two of eight league matches since.

Their tried-and-tested 4-4-2 formation has been back to its hard-to-breakdown best with very little given away since.

The return of skipper Ben Mee, which came shortly before the City game, has had plenty to do with that and his partnership with James Tarkowski has helped restrict those last eight opponents to just five goals. Left-back Charlie Taylor could also be available for this one having missed the weekend defeat at West Ham.

However, like Liverpool, Burnley have struggled at the other end – the Clarets’ total of nine goals is the lowest in the top flight.

Still, in Chris Wood they possess a traditional number nine who will surely be relishing facing that makeshift backline – with the New Zealander in mind, it wouldn’t be a great surprise to see the rugged Nat Phillips to return for the hosts.

It is the lack of goals in both sides of late, plus pretty solid defences, which points me towards the goal lines for the game’s best bet.

The under 2.5 goals market is one I’ve turned to a lot of late but it again makes the coupon given the form of both sides, not to mention the tasty price of 2.68/5.

This bet has landed in Liverpool’s last four league games, and seven of their last 11. Those matches included contests with Brighton, Fulham, West Brom and Newcastle, all of whom surround Burnley in the bottom half of the table.

As for Burnley, seven of their eight since the Man City thrashing have seen fewer than three goals. Across the season as a whole, it’s 12 of 17, while against top-10 opposition, six of their nine games have delivered.

Turning to the head-to-head, five of the 10 Premier League games these two have played since Sean Dyche took charge at Turf Moor have come in under the line. They include last season’s 1-1 draw here – the only home game Liverpool didn’t win in their championship season.

Of course, we all know what Liverpool are capable of when they click but they haven’t done that for quite some time and it’s highly unlikely Burnley will roll over and give them an easy ride.

I prefer this approach to siding with the Clarets to get a point (or more) out of the game – in the match result betting they are at 17.5 to end that long unbeaten run stretching back to April 2017 and 7.613/2 to claim another draw at Anfield.

The hosts will probably get the job done but, given current form, they look very skinny at 1.222/9.
A possible alternative is the handicap market where Burnley can be backed at 2.3 with a two-goal start.

Liverpool have only won by two or more goals in five of their 18 league games this season, while Burnley would have won this bet in 10 of their last 11, the exception being that City mauling.

Still, for my second bet of the game, I’m going to head to the specials markets where a 40/1 shot makes some appeal.

The aforementioned Ben Mee has been in fine form of late and I can’t have him at that price to be the WhoScored Man of the Match. 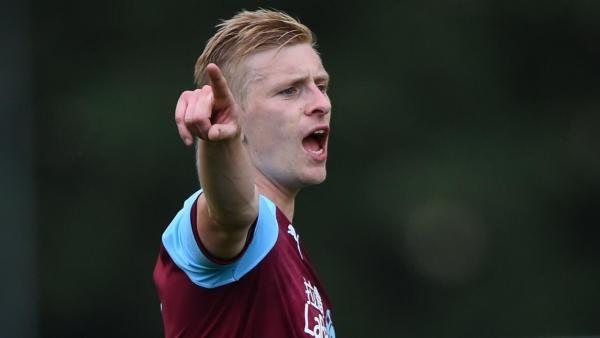 The award is settled on performance-based data and on that metric, Mee is rated Burnley’s best player this season.

The 31-year-old has also won this prize in two of Burnley’s last three matches, while in Liverpool’s last three games an opposing centre-back has won the gong on two occasions – Southampton’s Jack Stephens and Newcastle’s Federico Fernandez.

If Burnley are to be tight at the back and regularly thwart the mis-firing home attack, Mee will surely be at the heart of that effort – he’s particularly strong in the air so will be key to defending crosses from Trent Alexander-Arnold and Andy Robertson.

In short, this looks worth throwing some small change at.

Since scoring with seven of their 14 shots against Crystal Palace (50%), Liverpool have scored just one goal from 62 shots in their last four Premier League games, a conversion rate of 1.6%.