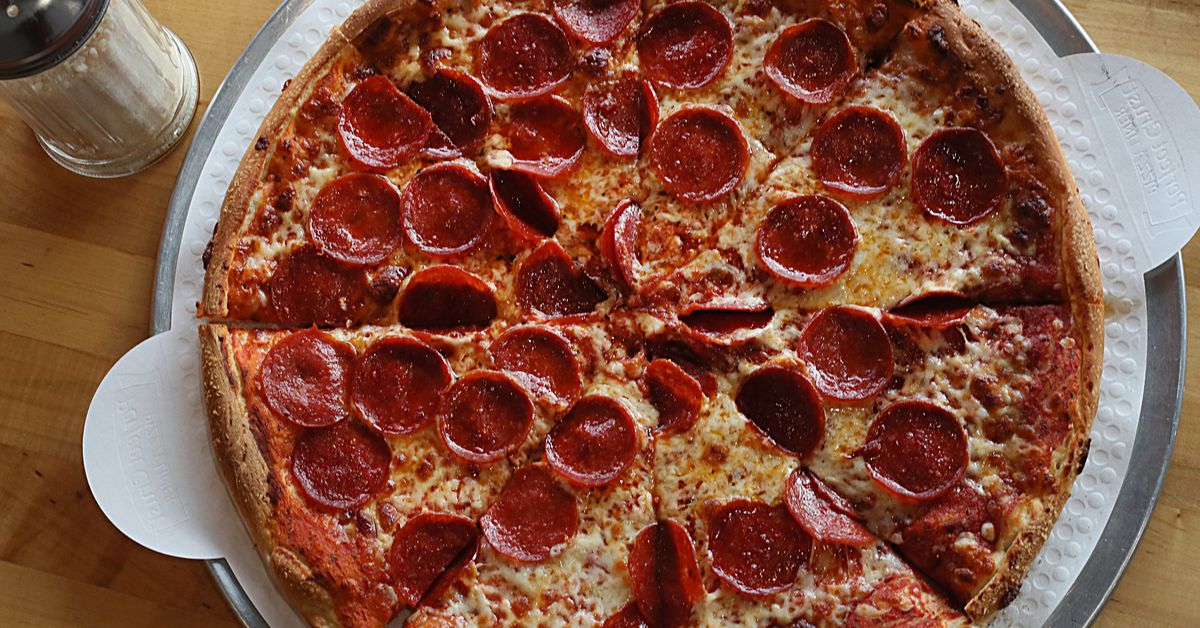 As part of DraftKings’ $250K Tailgate Weekend on The Dream Stream, there is a free entry to a DraftKings Sportsbook Pool that will hand out $100K in prizes for answering a series of questions about the Major League Eating contest on Sunday. The DraftKings Big Game Snackdown is scheduled to stream live on DraftKings’ YouTube channel and Twitch stream beginning at about 4:30 p.m. ET on February 7, 2021.

The Snackdown will be an eight-minute, all-you-can-eat event set up in a steeplechase format for six of the nation’s top eaters. The foods will include an eight-layer dip, pepperoni pizza, boneless wings, chili, a sub sandwich, cheese balls, pigs in a blanket and jalepeño poppers. The eight-layer dip will be a typical seven-layer dip along with an eighth layer selected by fans on the Major League Eating website that will be announced before the event.

The seven layers in traditional seven-layer dip are refried beans, sour cream, guacamole, black olives, salsa, cheddar cheese, chiles/jalapeños, and the choices for the eighth layer include bacon, pepperoni, pulled pork, shrimp, hummus, blue-cheese dressing, créme fraîche or even kale. Make your pick for the official eighth layer on the official site of Major League Eating, and make sure to lock in your selections for the DraftKings Sportsbook Pool before the snackdown gets started.

Who will come in first place?

The overwhelming favorite is Joey Chestnut, who is the top-rated competitive eater in the world and holds multiple World Records across Major League Eating. He famously set the current World Record in the hot dog eating contest with 75 hot dogs and buns in ten minutes. Chestnut is a competitive eating legend and has held world records in everything from Big Macs (32 in 38 minutes) to ice cream sandwiches (25.5 sandwiches in six minutes). He isn’t unbeatable, though, as we saw in the DraftKings Halloween Candy Bowl, when he lost to Matt Stonie and finished sixth out of the six competitors.

Looking at his past success, though, this competition seems to be more in his wheelhouse. He actually holds the World Record for pizza, chili and jalapeño poppers, and has had huge success with wings and even bean dip in the past. He isn’t a huge candy consumer and was tripped up by a Kit-Kat that wouldn’t go down in the Candy Bowl event. We’ll take a look at the other five competitors in the next few props below, but I think Chestnut will bounce back and dominate this competition and take home the title.

Who will come in second place?

The rest of the field in this event is comprised of Geoffrey Esper, Darron Breeden, Nick Wehry, Gideon Oji and Michelle Lesco. Esper, Breden and Wehry all competed in the Halloween Candy Bowl while Oji and Lesco will be replacing Miki Sudo and Matt Stonie in the field. Sudo announced that she will be sidelined for a while since she is pregnant with her first child with her fellow-competitor Wehry.

In the Candy Bowl, Esper finished second, Sudo third and Wehry fourth. Esper is the No. 2 rated eater in the world, and the Massachusetts-native just knocked off Chestnut in the World Slopper Eating Championship which was held last fall at the Colorado State Fairgrounds. Sloppers are open-faced cheeseburgers smothered with green Pueblo Chile, cheese, and onions. He also won the National Buffalo Wing Festival in 2019, so the wings should be right up his ally as well. While I don’t think Esper is going to have quite enough to pull off the upset in this contest, I do think he has a good shot to finish second since he has shown the kind of versatility to move from one food to another and still have success.

Who will come in third place?

I’m going with a bit of an upset here and taking Michelle Lesco in this spot. Lesco is the only woman in the contest, but she enters this contest as the second-ranked woman in competitive eating behind just Sudo and No. 9 overall in the rankings. She holds three world records: the fastest time to eat a bowl of pasta at 26.69 seconds, the fastest time to eat a hot dog with no hands at 21.60 seconds and the most mayonnaise eaten in three minutes at 86.35 oz – which is the equivalent to 3.5 large jars. She brings one of the most unique nicknames in Major League Eating with “Cardboard Shell,” and she should also bring fresh energy to the contest, and I think she’ll take third place behind Chestnut and Esper.

Who will finish the pepperoni pizza first?

Joey Chestnut has the World Record for pizza and listed it as his go-to food for watching sporting events. Especially since this is pretty early in the event, I think Chestnut should get off to a fast start and finish the pizza first. Esper also has several pizza records, and he’s another option to keep a close eye on in this category.

Will any contestant finish a whole pepperoni pizza in one minute or less?

This prop depends on the size of the pepperoni pizza, but if it’s a full pound of pizza, that’s going to be a tall order for any eater to take down. Especially with seven more foods and seven more minutes after this, eaters may be looking to pace themselves to some degree in the early going.

Who will eat the least amount of Big Game Snackdown food?

A huge congrats goes out to Wehry and Sudo on the impending arrival of their first child. While Sudo pulled out of the event, Wehry will still compete after their exciting announcement. While “Dad strength” is definitely a narrative I can get on board with, it usually doesn’t apply until after the baby is born. The lowest-rated competitor in this competition is Lesco, but since I think she’ll surprise with a third-place finish, I think Wehry will drop to the bottom of the final results.

How many contestants will finish all eight Big Game Snackdown foods within eight minutes?

While this isn’t the same as the eight pounds of candy in eight minutes, it’s still a ton of snack food, and no competitor got close to all eight points of candy. I do think Chestnut has a chance to get there based on his pace from the individual competitions that focus on one food. However, switching from food-to-food in this kind of event raises the degree of difficulty, and even he admitted he hasn’t competed with all these different types of food, specifically mentioning that cheese balls were a new element to him. Since I think Chestnut will win and not finish, that scenario would mean that zero competitors finish all eight foods in eight minutes.

Who will win the Undercard Spray Cheese In A Can Chugging Contest?

In a pre-event contest, two of the best chuggers in the world will go head-to-head to see who can chug canisters of Easy Cheese sprayed directly into their mouths. Major League Eating broadened Easy Cheese’s official food designation from processed cheese snack to processed cheese snack and liquid to make this contest work. Eric “Badlands” Booker was originally expected to compete since he is the undisputed world chugging champion, but instead, this contest will feature Matt Hazzard (No. 10-ranked eater in the world) vs. George Chiger (No. 15-ranked eater in the world).

“Hungry” Hazzard is considered a rising star in the eating world while “The Smorgasbord” Chiger is 14 years older but also has the advantage in size, checking in at 6-foot-6 and 340 pounds. Chiger was in the field for this year’s Nathan’s Famous Hot Dog and pounded over twenty hot dogs in ten minutes. The native of Pocono Pines, PA should be set up to crush this cheese, and I’ll take him to get the win over Hazzard in this head-to-head cheese chug.

Will Matt Hazzard chug two 8oz cans of Spray Cheese in under one minute?

That’s a crazy amount of spray cheese to eat at one time. It’s even crazier to think someone could put that much down in under one minute. While it is possible, it doesn’t look like either competitor has a history of chugging cheese, so it seems unlikely.

Put your knowledge to the test. Sign up for DraftKings and experience the game inside the game.

I am a promoter at DraftKings and am also an avid fan and user (my username is z.thompson) and may sometimes play on my personal account in the games that I offer advice on. Although I have expressed my personal view on the games and strategies above, they do not necessarily reflect the view(s) of DraftKings and I may also deploy different players and strategies than what I recommend above.