State legislators in Massachusetts are struggling to agree on rules for legalizing and regulating Massachusetts sports betting. The Commonwealth has been a late mover in the gambling world. It only allowed the first casinos in 2018.

As more and more states regulate gambling in an attempt to fill budget holes, Massachusetts sports betting may be slipping further away—State Senator Eric Lesser (D-Longmeadow) believes he has a solution.

Sports Betting Would Be Run by the Massachusetts Gaming Commission

Sen. Lesser’s SD 2365 would allow regulated sports betting to be controlled by the Massachusetts Gaming Commission. Legalized sports wagering is already the law of the land in neighboring New Hampshire and Rhode Island, with Connecticut not far behind. Therefore, it is important the Bay State gets its betting regime up and running.

Earlier sports betting bills were dropped from a comprehensive economic development bill. Sen. Lesser hopes that if sports gaming is debated separately from other political needs, it will get a fair hearing. Instead of being subject to tactical opposition from opponents of other policies, a vote SD 2365 would force legislators to take a firm stand. Expanded gambling options are extremely popular throughout the United States.

The opposition to legalized sports betting in Massachusetts is led by a lobbyist with the Stop Predatory Gambling organization. The Washington, D.C. based group attempts to claim that gambling is a form of financial fraud “similar to loan-sharking, price-gouging, and false advertising.” All three of those practices are explicitly outlawed in the Commonwealth. SD 2365 would regulate wagering, similar to state laws limiting the interest banks could charge on loans.

Other opposition may come from the actual rules included in SD 2365. Senator Jamie Eldrige (D-Middlesex) appears on-board with allowing online sports betting. However, he is expressing concerns about allowing retail sports wagering in casinos, slot parlors, and horse racing tracks. In his opinion, mobile betting is different because it does not have “an atmosphere where everything is designed to keep you there spending more money…”

In a lot of ways, Massachusetts’ approach to gambling, even through its recent grudging expansion, reveals the state’s puritanical roots. 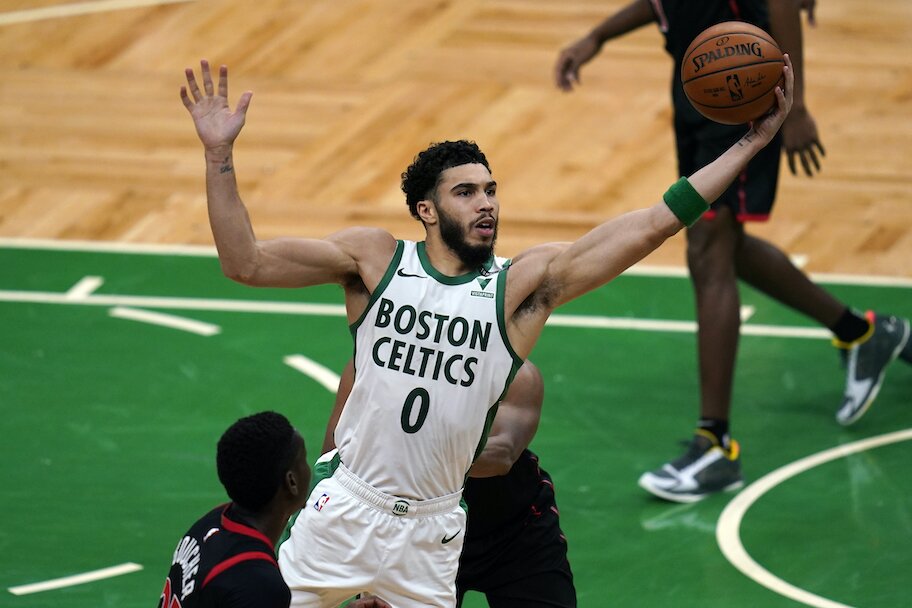 Want to bet on your beloved Celtics? New legislation could allow Massachusettsans to bet in-state.

Implementing the licenses and rules for wagering in Massachusetts will fall to the state’s Gaming Commission. SD 2365 calls for a 21 year old minimum age for sports betting and approves three tiers of operator licenses:

DraftKings, an industry heavyweight headquartered in Boston, is likely to lobby against both the number of mobile licenses and the high fees.

The Bill Includes High Taxes and No College Betting

Sen. Lesser plan is to tax in-person betting revenue at 20%. Mobile operators would be required to pay 25% of their receipts as taxes. Both rates are higher than the general standard seen in other states.

Additionally, SD 2365 would prohibit wagers on amateur sports. Betting on college football and basketball is big business. Other states, like New Jersey, attempt to avoid issues by not allowing bets on schools within their borders. Massachusetts would have a blanket prohibition, not just on UMass, Boston College, and other local programs.

Despite the bill’s limitations, Sen. Lesser defends his cautious approach to legalization. Facing opposition from those who believe expanded gaming is one challenge. However, another is not legislating boldly. SD 2365 may also face resistance from lawmakers who believe that minority-owned businesses will be shut out of the licenses.

The next step for Massachusetts will be holding hearings on Sen. Lesser’s proposal. Lobbying and bickering over details will come in many forms. For now, take advantage of Gamble Online’s extensive reviews of the best sportsbooks to find the best odds, place real-money bets, and more.