A Michigan resident is the owner of the single winning ticket for the Powerball drawing held on February 12 worth $70 million. The winner had decided to make an impromptu pit stop with a friend to buy some lottery tickets at Huron Plaza Liquor on West Huron Street in Pontiac.

Cristy Davis, 40, of Waterford matched all five numbers drawn — 14, 47, 54, 55, and 68, with Powerball number 25 — to win the jackpot. She chose not to receive the lottery prize as annual payments over 30 years and instead elected to collect a one-time lump sum payout of about $36 million after taxes.

The jackpot win means that Davis no longer has to live paycheck-to-paycheck. Rather, she and her family can now live comfortably for a very long time.

Davis was at work the morning after purchasing the ticket. Her friend alerted her over FaceTime that the winning ticket of the Powerball jackpot was bought from the Huron Plaza Liquor store and that she should check her numbers.

She immediately got off the phone and went to her truck to retrieve her ticket.

“After I checked it, all I could do was scream. Everyone from work came running to check on me,” she recalled. Her boss arranged for someone to give her a ride home from work — there was no way Davis would be able to drive after suddenly discovering that she was a multi-millionaire.

Before Davis won the lottery, she was living with her grandmother in Waterford. Her car was riddled with problems, constantly breaking down, so repairs always ate up a portion of her paycheck.

“Now I can get a brand-new vehicle, and I don’t have to worry about that. I can have my own house, my own privacy,” she said with relief in her voice. “I don’t have to struggle anymore.”

“I remember when Cristy was a teenager. We were at a family gathering talking about what we would do if we ever won big in the lottery,” Patricia, Davis’s mother, said. “She said, ‘I’d get my car fixed.’ Now she’ll never have to worry about having a broken-down car again.”

At the very top of her to-do list was buying a new house and moving out of her grandmother’s. She intends to invest the remainder of her winnings to provide a financial safety net for her children and grandchildren.

Yousef Antoo, the owner of the Huron Plaza Liquor store, is also rejoicing at Davis’s big win since he will be receiving a $50,000 commission for selling the winning ticket. “I am so happy for Cristy and her family,” he said. “I am looking forward to sharing the $50,000 bonus commission with my employees and church and doing some improvements at my store.”

Davis is the fifth Michigan lottery player to win the Powerball jackpot since the state began offering the game in 2010. Notably, she is also the second resident from Waterford to win a lottery jackpot. Kevin and Stephanie Blake won and shared a $42 million Mega Millions jackpot with a Rhode Island player in 2017.

“Winning has caused me to feel overwhelmed, grateful and relieved all at once,” Davis stated. “I won’t have to live paycheck-to-paycheck anymore.” 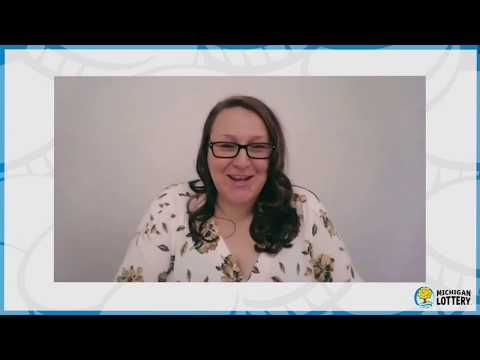