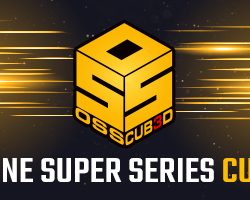 In just a few days, Americas Cardroom and its sister sites on the Winning Poker Network (WPN) will kick off the first Online Super Series of 2021. The Mini Online Super Series, otherwise known as MOSS, gets underway on Sunday, February 7.

The entire OSS will run from February 7 to March 14. Three parts make it OSS Cub3d, and this iteration is the 11th for WPN. The mini portion of the series is first up, followed by the main Online Super Series, and then the Bigger Online Super Series, or BOSS, wraps everything up with higher buy-ins.

With $13 million in tournament prize pool guarantees, OSS Cub3d XI is set to offer players another reprieve from pandemic boredom and a chance to hone their poker skills at various levels and game formats.

This OSS Cub3d will begin, as usual, with MOSS, the Mini Online Super Series. That particular section of the larger series will run February 7-21. Buy-ins will range from just $0.41 up to $50 for the Main Event and an $80 event late in the series.

Every tournament will have a guarantee, but some of the biggest ones are part of the first day’s lineup. The schedule for that first Sunday, February 7, is:

Note that some tournaments are out of numerical order because they start early and offer numerous starting flights. In addition, all times as Eastern US.

Details such as blinds, starting stacks, and late registration times are available on the official ACR schedule.

Of course, the Main Event is the highlight of any series, so we will highlight it here. But there are other events on the schedule with bigger-than-normal guarantees.

We mentioned Event 60 above, as it begins on the first day of the series, but it offers flights for an entire week through February 14. There are nine starting flights in all.

Since that one is definitely a highlight of MOSS, we’ll list it here, too:

Players can rest assured that satellites are running for all of the above tournaments. They allow everyone to take shots at solid guarantees and chances to boost their bankrolls.