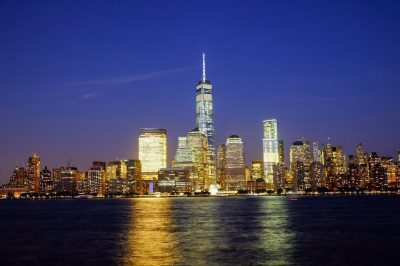 Thursday night saw all online betting websites and mobile applications in the state of New Jersey go down because of some problems related to geolocation.

As PlayNJ revealed earlier, the cause of the massive disruption was not determined at first.

As a matter of fact, poker players were among the first people to reveal the problem on Twitter. As Stanton Tentnowski wrote in a tweet published earlier this morning, the issue seemed to be caused by another crash of the geolocation software used by the gambling websites and apps across the state. Tentnowski, whose username on Twitter is @Sonniepokes, also signaled that he was literally watching players taking advantage of the situation and “just steal chips” from the entire table.

Currently, almost every regulated online gambling company that operates in the US uses the geolocation services of GeoComply. For now, US States require their online gambling services to be only accessible within state borders, and they rely on the geolocation feature in order to prevent local players to access cross-border gambling apps. At the time when the issues with the online poker sites occurred, a potential shortage of the GeoComply services’ interaction with the websites and applications in question was considered as the possible reason for the disruption.

The confusion originated mostly from the fact that “glitches” sometimes happen within an individual client in online poker. However, this time multiple platforms were affected by the issue which suggested the problem is more serious and is probably associated with the aforementioned geolocation feature.

At first, it seemed that the problem had affected the state of New Jersey alone but a few Nevada players, including Matt Affleck and Jordan Cristos, reported that the website of the World Series of Poker (WSOP) was experiencing location issues, too. Later it was made clear that the issue has affected multiple states, with confirmed outages in New Jersey, Oregon and Indiana.

Well, that’s one way to stop the unstoppable train that is NJ mobile sports betting.

Geolocation is down for every app in the state. ?

At first, it seemed that the outages had affected online poker platforms only but the issue extended to sports betting as well, as many players reported on Twitter. Some gambling companies addressed the questions on Twitter, explaining there was an issue but, unfortunately, did not provide much information or a thorough explanation of the problem. At the time, they also preferred not to give a specific timeline when things were expected to get back to normal.

PlayNJ reported that all online poker sites in the state of New Jersey went back online around 11:30 PM ET. Despite the disruption, the events featured by PokerStars’ and WSOP’s websites continued. The two poker operators have been silent on their social media accounts and have not provided information on how the outages will affect their ongoing tournaments. On the other hand, partypoker first canceled tournaments because of the issue and then decided to cancel the ones disrupted by the issue. The company informed its users of its decision on its Twitter account.

After confirming the geolocation issues that impacted NJ sites and tournaments being paused over an hour, all tournaments are in the process of being auto settled per our tournament cancellation policy.