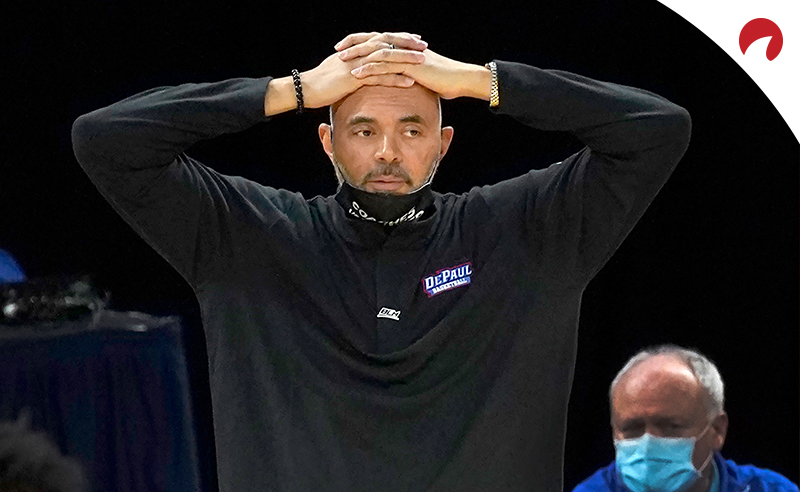 With the college basketball season quickly coming to a close, it is a time for athletic directors to evaluate where their program is, where it’s heading and perhaps most importantly who’s going to lead the team there. That means some jobs will be terminated, and looking at the next NCAAB coach to be fired odds, DePaul’s Dave Leitao is the favorite to be axed next.

Online sportsbook Bovada has released the next NCAAB coach to be fired odds with Leitao listed as the +275 chalk. He’s followed by Central Connecticut’s Donyell Marshall at +280, Kansas State’s Bruce Weber at +280, Notre Dame’s Mike Brey at +1200 and SMU’s Tim Jankovich at +1200 to round out the top five coaches on the hot seat.

Looking at the next NCAAB coach to be fired odds, our sports betting calculator tells us that Leitao’s odds of +275 have an implied probability of 26.67 percent that he will be the next bench boss to be canned. It also means that a $100 bet on Leitao to be fired next would profit you $275.

Who Will be the Next NCAAB Coach to be Fired?

Odds as of February 26 at Bovada

New to betting on basketball? Be sure to check out our handy How to Bet on March Madness guide. Also, keep an eye on our NCAAB odds page for the latest up-to-date betting lines for college basketball games.

I think the bigger question is how Leitao has lasted this long. Since he returned to DePaul ahead of the 2015-16 season, taking over from Oliver Purnell, success has not been found. Under Purnell, the Blue Demons went 54-105 and finished last in the conference in four of five seasons. That trend has continued as DePaul has been last in the Big East over the last four seasons. This year is no different, and Leitao has a record of 119-132 over his five-year run.

Of course, some of the blame can be placed on the recruiting. That said, the Blue Demons had the third-best recruiting class in 2019 and have been seventh or better over the last three seasons but the results haven’t correlated. DePaul has a new athletic director in DeWayne Peevy who is coming to the end of his first year and will choose the man he wants to head into the 2021-22 season – it’s unlikely to be Leitao.

Who is providing better value in the next NCAAB coach to be fired odds?

There are two coaches for me who are providing better value in the odds to be the next NCAAB coach to be fired and they both come from the basement of the Big 12. Of the two, one is providing more bang for your buck. Kansas State coach Bruce Weber is at +280 and is basically another favorite along with Leitao while Iowa State bench boss Steve Prohm has much more intrigue at +1200.

Weber may have run his course with the Wildcats, with the team poised to have its worst season over his nine-year tenure. There were some bright moments for the program over the years, with the Wildcats winning the Big 12 twice, most recently in 2018-19. However, in both of those seasons, Kansas State failed to advance past the Round of 64 in the NCAA Tournament.

In fact, in the nine years that Weber has been at the helm, the Wildcats have made it past the opening round of March Madness just once. Kansas State finished last in the Big 12 last season and is likely to be second-last in this campaign, which may be the nail in Weber’s coffin.

Steve Prohm at +1200 is providing the best value

If not for a couple of wins over SWAC teams in the early stages of the season, the Cyclones would have a goose egg in the win column. Iowa State is 0-14 within the Big 12 and will finish dead last after landing second-last one year prior. The Cyclones were also a basement-dweller in the 2017-18 year; last or second-last in three of the last four seasons isn’t going to cut it.

Overall, Prohm has had a winning record over his six years as bench boss at 97-90 with three March Madness appearances, including a Sweet 16 berth in his first year as Iowa State head coach. However, he’s progressed past the Round of 64 just once since then while failing to make the tournament twice (likely three times once this season wraps up).

The Cyclones finished in the top 30 in the nation for recruiting classes in 2018 and 2020. But facing a winless campaign within the Big 12 in the 2021 season might be just enough for athletic director Jamie Pollard to move on to new blood.