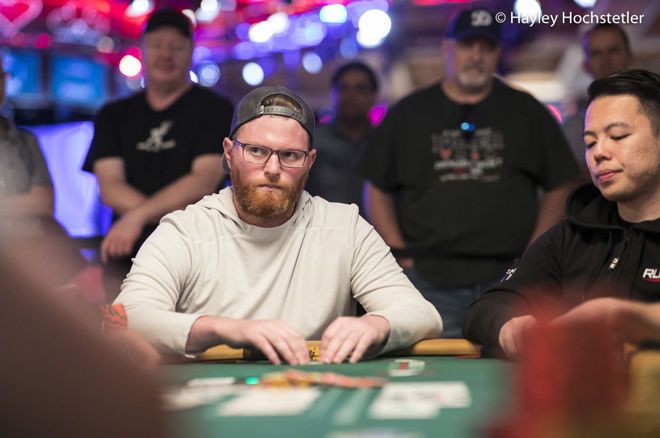 Nick Petrangelo returns to GGPoker this evening knowing he is only eight eliminations away from becoming the latest Super MILLION$ champion. Petrangelo may be I pole position at the restart but there are some legitimate poker superstars still in the hunt for the $424,580 top prize.

Petrangelo has 3,908,741 chips in his stack or a shade over 78.2 big blinds if you prefer. The two-time World Series of Poker (WSOP) bracelet winner is one of the greatest tournament players of all-time having banked almost $17.5 million in the live arena and almost $3 million online at GGPoker alone.

It should be no surprise that Petrangelo is the favourite for glory in the latest final table betting market. We certainly wouldn’t bet against him besting his third-place finish on December 20.

Bert Stevens (3,207,143 chips) is hot on the heels of Petrangelo and will fancy his chances of a second victory in this event. Stevens triumphed on September 17, 2020 and scooped $393,262. Finishing sixth or better takes Stevens GGPoker winnings tally past $4.5 million.

Brazil-based British pro Michael Zhang is the man third in chips courtesy of his 2,825,669 stack. Zhang is an incredible tournament player, one from a high stakes cash game background. This is only Zhang’s third appearance in a Super MILLION$ event and it’s his first in-the-money finish. His betting odds of 6.60 (US +560) look like fantastic value for anyone wanting to take a punt.

Who will win this week’s Super MILLION$? Find out right here

Fourth place at the restart belongs to Laurynas Levinskas who has now played in 32 of the 34 Super MILLION$ events. Levinskas has won $432,925 from his 11 Super MILLION$ cashes. His best result weighs in at $151,103, his reward for a fifth-place exit back in August 2020. Finishing fourth or higher would see Levinskas beat that impressive score.

Do you believe in beginner’s luck? You may do after learning about Austria’s “WatWudHaraldSDo”. They only joined GGPoker this week and enjoyed a couple of small cashes. They then won a $1,000 satellite into the Super MILLION$ and navigated their way to the final table with enough chips, 2,339,967, for fifth-place when play resumes. The newcomer has already locked up $53,072 and is only three eliminations away from a six-figure haul.

Will 13 Be Lucky For Andrii Novak

Ukraine’s Andrii Novak is hoping 13 is his lucky number tonight. This is Novak’s 13th appearance in the $10,300 Super MILLION$ and his fifth cash. He’s reached the final table on two occasions, which resulted in fourth and fifth place exits.

Former EPT Malta champion Aliaksei Boika returns to the fray seventh in chips hoping his final table appearance lasts longer than his previous attempt; Boika finished ninth on January 17 for $56,863. He is already guaranteed a substantial return at this final table because he won his Super MILLION$ seat via a $1,000 satellite.

Down in eighth-place is the high roller genius that is Benjamin Rolle. You may know him better as “bencb789”. This is Rolle’s fourth cash and second final table from 11 attempts. His previous final table, on August 9, saw Rolle crash out in fifth-place for a $136,479 haul.

Bringing up the rear with 832,794 chips is “U LOSSER” who hails from India. U LOSSER’s previous attempt to win the Super MILLION$ ended prematurely so they took a shot at this week’s event by entering a $100 satellite. That satellite turned into a $1,000 satellite seat which is now worth at least $53,072. U LOSSER has plenty of work ahead but all you need is a chip and a chair in this game.

Win Your Way Into The Next $10,300 Super MILLION$ Tournament

Satellites for the next edition of the Super MILLION$ are running at GGPoker right now. Head there and see if you can follow in the footsteps of some of the greatest players in the world and become a GGPoker champion.