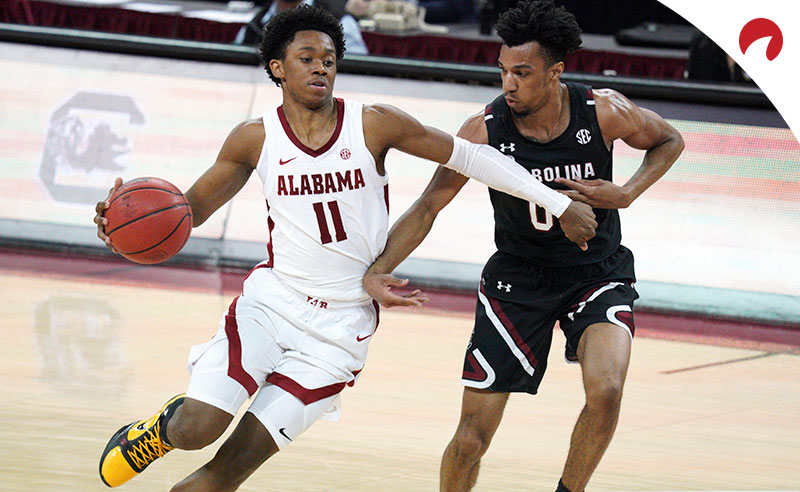 With the 2020-21 college basketball season soon coming to a conclusion, the battle to become the new March Madness champion is not far off the radar.

One of the more wide-open conferences, the Southeastern Conference, is offering plenty of value for hoops bettors looking to make some money on the hardwood in SEC basketball odds.

SEC conference play began on December 29, and the 2021 SEC Tournament will be held March 10-14 at Bridgestone Arena in Nashville, Tennessee.

Odds as of February 23 at Bovada

New to betting on college hoops? Be sure to check out our NCAAB betting guide to help get you in the game. Also, keep an eye on our college basketball odds page for the latest up-to-date betting lines.

Kentucky Fails to Live Up to Preseason Hype

The Wildcats have undoubtedly been the biggest disappointment in the SEC, as John Calipari’s club opened the campaign as the +170 favorite.

Kentucky has had a season to forget thus far, with the Wildcats sitting at 8-13 and eighth in the conference. The blue-blood program has gone 7-7 in conference play.

It’s an incredibly surprising sight considering the school’s consistent success in the past. The Wildcats have won a record 49 SEC championships, well ahead of the runner-up LSU Tigers, who boast 11.

Can Anyone Catch Alabama?

Alabama was an afterthought at the beginning of the season, with the Crimson Tide ranking seventh on the oddsboard at +1400. A notorious football powerhouse, the Crimson Tide are out to prove their hoops program can dominate the SEC akin to the football team.

As of February 23, Alabama was sitting comfortably in the driver’s seat at the top of the SEC standings thanks to an 18-5 overall record and a stellar 13-1 mark in conference play.

The last time Alabama won the SEC Tournament was all the way back in 2002. In total, the Tide have eight regular-season championships. It’s safe to say basketball fans in Tuscaloosa, fresh off celebrating a national championship in football, have their eyes set on some bragging rights on the hardwood.