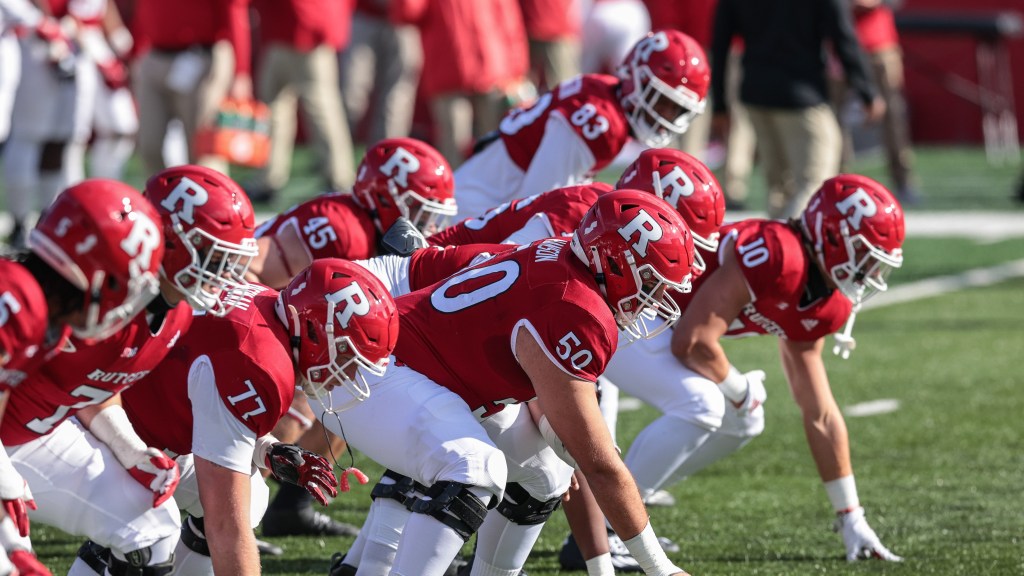 The Penn State Nittany Lions (1-5) square off against the Rutgers Scarlet Knights (2-4) Saturday in a Big Ten game at noon ET at SHI Stadium in Piscataway, N.J. Below, we analyze the Penn State-Rutgers college football betting odds and lines, with picks and predictions.

Penn State got off the schneid by winning 27-17 at Michigan as a 1-point favorite. It was an even more decisive victory than the 10-point margin indicates as the Nittany Lions out-gained the Wolverines by 131 total yards and held their passing game to only 112 yards.
Rutgers won its own road game against a conference foe in a 37-30 victory over Purdue. The Scarlet Knights were 12-point underdogs and moved to 4-2 ATS following the win.
Penn State is 6-0 vs. Rutgers since the Scarlet Knights joined the Big Ten in 2014. The Nittany Lions are 0-3 ATS since 2017, but Penn State was favored by at least 28.5 points in all three games.

Bet $1 on ANY Big Ten team’s money line, WIN $100 (in free bets) if ANY BIG TEN team scores a touchdown this week!

Place your legal, online sports bets in CO, IN, NJ, TN and WV at BetMGM, The King of Sportsbooks. New customer offer, terms and conditions apply. Bet now at BetMGM!

I am locked into Rutgers covering the spread but as a personal rule, I like to sprinkle a little cash on a big underdog if I’m taking the points. I lean RUTGERS +310 for a quarter-unit.

Against the spread (ATS)

Penn State laying too many points vs. Rutgers is becoming an annual thing perhaps. The popularity of these two programs plays a major role in why Penn State is laying double digits.

My concern is BetMGM is baiting us to take Rutgers here. The game opened with the Nittany Lions laying 9 points but it’s been steamed up to the current number even though 80% of the money is on the Scarlet Knights, according to Pregame.com.

It’s great that Penn State head coach James Franklin has won 67% of his games while he’s been there but this ain’t the Nittany Lions of previous seasons. They’ve lost four future NFL players to a combination of injuries and opt-outs.

Penn State is 103rd in points per play, 125th in red-zone scoring percentage and 90th in yards per rush. There is no way the Nittany Lions should be laying double digits on the road.

Saturday’s weather forecast in Piscataway is predicting 16 MPH winds and a 45% chance of rain. Which in part explains why 87% of the money wagered on the total is hitting the Under and bringing it down from the 57.5-point opener.

Furthermore, Penn State-Rutgers has gone Under in six consecutive games and nothing really stands out from either offense. Rutgers has played some fun games (5-1 Over/Under record) and Penn State has allowed 30 or more points in every game aside from its last.

PASS ON THE TOTAL with a slight lean to the Under.

Want some action on this one? Place a bet at BetMGM now. For more sports betting picks and tips, visit SportsbookWire.com. Please gamble responsibly.

Gannett may earn revenue from audience referrals to betting services. Newsrooms are independent of this relationship and there is no influence on news coverage.