Wolves will be happy to sit back and absorb pressure for long periods of this match, partly because that is Nuno Esperito Santo’s method for most big matches and partly because of the club’s injury crisis. What’s more, West Ham have recently shown that Everton can be easily stunted by a low block; in Allan’s absence, Tom Davies struggled to play with enough tempo, leading to sluggish and aimless possession.

With Everton hogging the ball and probing for gaps, and with the midfield once again unable to assert themselves (Wolves’ Joao Moutinho and Ruben Neves ought to dominate), Carlo Ancelotti will be expecting big things from the Lucas Digne and Richarlison partnership. Digne returned to the side after a lengthy injury in the win over Rotherham.

His overlapping runs could prove dangerous, although it will also leave space on the counter for Adama Traore, who is in a good run of form recently. With Wolves being patient and Everton egged forward, Traore should just about get the better of Digne in their crucial head-to-head.

There is a common misconception that Burnley are a defensive team who like to sit deep and frustrate the elite clubs, but that is entirely untrue. Just because they hit lots of long balls and play in a 4-4-2 does not mean they are purely defensive; Sean Dyche’s team are more like Diego Simeone’s Atletico Madrid, holding a midblock and pressing quite aggressively once the ball enters the central zone of the pitch.

That is why Burnley so often lose heavily in big games, and that should be what happens here. They might have beaten United 2-0 at Old Trafford when the sides last met in January 2020, but much has changed since then. That day, United were without Paul Pogba, Marcus Rashford, and the then-unsigned Bruno Fernandes, relying on Andreas Pereira and Daniel James for creativity.

Now, Ole Gunnar Solskjaer has plenty of pace and firepower in the team, which means United should quite comfortably cut clean through this aggressive Burnley outfit. Dyche’s team are always decompressed between the lines against the big clubs, often looking hopelessly porous. United’s razor-sharp attackers will enjoy this one. 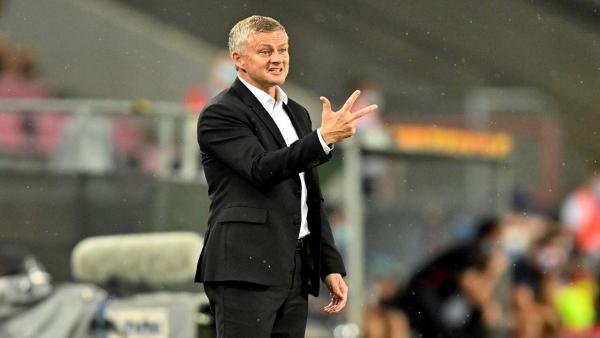 Brighton have lost each of their last three games against Man City by an aggregate score of 13-1, and Graham Potter has a 9-0 defeat to his name over two matches against Pep Guardiola. This can be explained by the Brighton manager’s insistence on playing in an expansive and possession-based way no matter the opponent, which leaves them hopelessly open and easy to break down.

Man City will be happy to counter quickly through the middle of the decompressed Brighton lines, and even without Sergio Aguero should be able to record a big win for the first time in a while. Brighton’s best midfielder, Yves Bissouma, is suspended for the match, which is a huge blow and should mean Kevin de Bruyne easily gets on the ball to pierce through the centre of the park.

Brighton will constantly look to pass out from the back and should get caught numerous times, especially without their metronome and calming presence in Bissouma. If that wasn’t enough reason to back a big City win, Brighton haven’t won any of their last nine games in all competitions, even drawing at home to Newport County in the FA Cup.

Scott Parker deserves a lot of praise for adapting to the challenges of the Premier League, and after starting the campaign in a naïve possession system he has completely changed how Fulham play. Now in a 3-4-2-1, Fulham have taken to some backs-to-the-walls defending and found a counter-attacking threat too, with Ademola Lookman excelling as an inside forward in a system he knows well from his time at RB Leipzig.

Fulham will absorb pressure for long periods here, just as they did in a 1-1 draw with Liverpool, in which they held just 25% possession. Taking inspiration from how they kept Jurgen Klopp’s forwards quiet, the visitors will be confident of foiling Harry Kane as he drops off the front line. Spurs’ biggest issue under Jose Mourinho is breaking down deep teams, because pretty much all of their play is geared towards playing on the break.

There are no set moves for Spurs to fall back on, no coaching from Mourinho to prise a shape apart. Heung-Min Son tends to go missing in games like these, while Kane should be drowned out by a shape-shifting midfield. Fulham definitely stand a chance of recording their fifth consecutive Premier League draw.