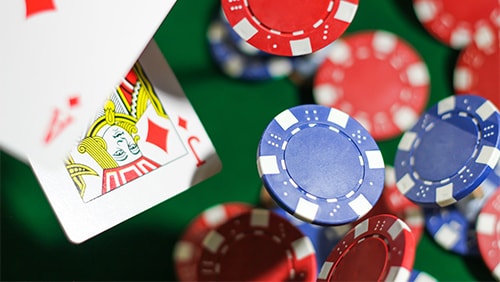 Playing a World Series of Poker event is a lot of fun, regardless of whether its online or at a live venue. It’s even more fun, of course, if you win, but imagine for a moment that you win the whole tournament and a WSOP Circuit event after registering for the event just seconds before late registration closes.

If you don’t have to imagine, then you’re Ryan Leng and you just became $113,040 richer overnight.

Leng has previous with the World Series of Poker (WSOP), having won the $1,500-entry Bounty event just a couple of years ago.

This time around, Leng played online, of course, with much of this year’s poker schedule forced behind closed doors due to the COVID-19 pandemic. The WSOP Circuit event he would eventually win was one that he registered for after playing pickleball and signing up on his mobile phone in the car park for $525, according to this interview with PokerNews.

Despite not playing poker tournaments in two months, Leng wouldn’t just register in the final minute of late reg – he would run up his stack to eventually triumph for a massive $113,0450 payday. Had he won that pickleball semi-final, he would never have registered at all.

Leng has history with the WSOP, but massive history specifically in Circuit events, knowing their structure like the back of his pickleball bat. This was his 4th outright WSOP Circuit win, and it came not just against the odds in terms of registering late, but coming back from an all-in, at risk position on multiple occasions.

That’s true of many long-structure, big-field tournament wins, of course, but the manner of victory still bears recollection.

First, Leng got his shortish starting stack in with pocket tens, doubling up against pocket aces. Later, he would repeat the trick with pocket sevens against pocket nines. Somehow, even after a nine came on the flop, Leng would river a ten-high straight to double-up rather than bust another time.

Battling both fatigue and sleep, Leng went on a heater and with three players left, had the bulk of the chips. With ICM being what it is, he felt compelled to get it in with 7-3 against pocket kings. That run-out alone should put your eyes out on stalks.

Shoved pre 3 handed in ICM cage spot and got this gem of a runout ? pic.twitter.com/yOq5EWiR5E

It was only going to end one way after that suck-out, and Leng sealed the deal shortly afterwards, winning a flip to earn that six-figure payday and his fourth WSOP circuit win.

Who’d back against Leng winning more events should the WSOP put them on? Just like Matt Affleck, Sridhar Sangannagari and Derek Sudell during this latest WSOP Circuit Online Series, he’s proved that he is able to win rings with a stand-out performance.

If nothing else, this is really going to buy Leng some time to practice that pickleball backhand – watch out on the courts.