Sheffield United produced an outstanding season to finish ninth in the Premier League following promotion and Chris Wilder was rightly eulogised. It has been a very different story in this campaign though with the Blades rooted to the bottom of the table. Sheffield United have only managed one point from ten matches and find themselves six points adrift of 17th-placed Fulham.

Their biggest problem has been their lack of goals with a total of just four in the league the joint worst record in the competition. The signing of Rhian Brewster from Liverpool has yet to pay off and Sheffield United have been extremely wasteful in the final third. The Blades had 21 shots during last weekend’s 1-0 defeat at fellow strugglers West Brom. But only five of them were on target and failed to find the net for the sixth time this season.

Leicester City have made another impressive start to the season with Brendan Rodgers’ side fourth in the table, only three points off leaders Tottenham. Six wins from ten games is a strong return for the Foxes as they seek to secure Champions League football after tailing off at the end of last season. The undoubted highlight so far came in their brilliant 5-2 win at Man City in September.

Their counter-attacking style has been well suited to away matches with Leicester winning four of their first five matches on the road. Jamie Vardy has again been a potent threat for Leicester, with the striker scoring eight goals already. Rodgers’ side have had their off days, most of which have come at home, including the 2-1 home defeat to Fulham on Monday. Leicester are already through to the knockout stages of the Europa League, despite losing 1-0 in Ukraine to Zorya Luhansk on Thursday night. 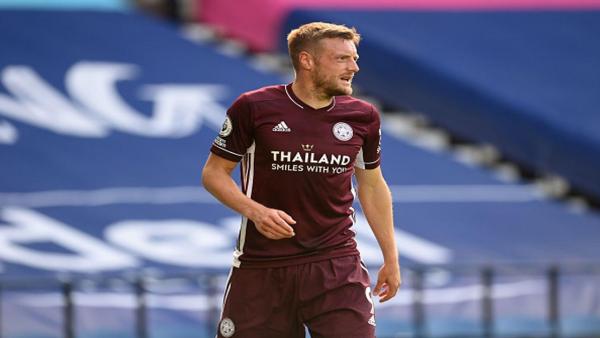 Sheffield United are 4.03/1 to claim a long-awaited first win but there is little interest in siding with the outsiders. The Blades are on a 13-match winless run in the league stretching back to last season and it looks a tall order to expect them to get off the mark against this weekend’s dangerous opponents.

Leicester are 2.0621/20 favourites and the visitors look well worth backing.

The Foxes have a superb record against Sheffield United winning their last five matches against them in all competitions.

Leicester have been much stronger away this season and their pace on the counter-attack with Vardy looks perfectly set up to punish Sheffield United on the break.

The draw is priced up at 3.65 but this does not appeal with a point of little use to the hosts. Sheffield United desperately need to push for a win and Leicester have yet to draw a league game this season. The Foxes are worthy favourites and merit support to claim a fifth away win from six and increase the woes of Sheffield United.

Vardy was rested during the midweek European trip and the striker is likely to be a huge threat to Sheffield United. His form has been outstanding, especially on the road, with Vardy scoring in all of Leicester’s away league wins. Combining a Vardy goal with a victory for Rodgers’ side increases the odds to 2.81. This is a tempting option, particularly with a free bet offer if you place a £10 Premier League Same Game Multi on the weekend’s football.

No player has scored more goals away from home in the Premier League this season than Leicester’s Vardy, with 88% of his league goals so far this term coming on the road (7/8). The striker is 10/11 to net this weekend.