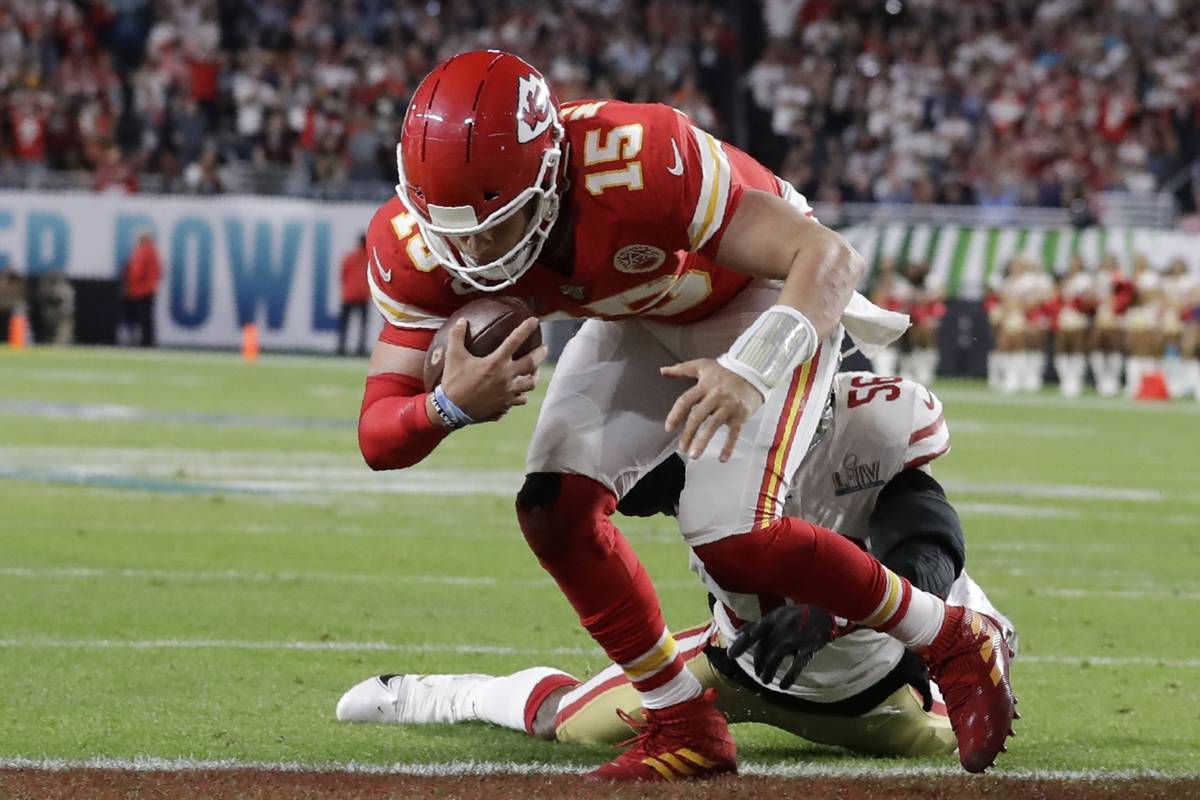 Circa sportsbook manager Chris Bennett remembers it well. Backup running back Darwin Thompson got the carry on first-and-goal from the 1.

“He got stopped at the 6-inch line, and he would have been a huge win for us,” Bennett said.

Instead, Mahomes scored on the next play, cashing for bettors at 22-1. Circa Sports didn’t lose on the prop, but it merely broke even after being inches from a nice haul.

“It was just kind of painful,” Bennett said.

Those are the swings involved with the first touchdown prop, a bet that has become increasingly popular for the Super Bowl. Chiefs receiver Tyreek Hill (+550) and tight end Travis Kelce (+675) are the favorites at Circa this year.

Mahomes will be one of the players the sportsbook will likely need to dodge, though his price is only +1,650 this year. Tampa Bay Buccaneers counterpart Tom Brady is 30-1.

“In general, people like to bet on the quarterback to score the first touchdown, and it’s not usually going to be the best result for the book,” Bennett said.

Westgate sportsbook director John Murray agreed, saying, “I can already tell you, if Mahomes scores the first touchdown, we’re going to get killed on that.”

The Chiefs scored the first touchdown in 10 of their 18 games. Hill and Mahomes each scored three, and Clyde Edwards-Helaire, Mecole Hardman, Kelce and Byron Pringle each scored one.

The Buccaneers scored the first touchdown in 10 of their 19 games, including all three postseason games. Receiver Mike Evans (10-1 at Circa) had three, including in the past two playoff wins. Receiver Chris Godwin has two, and Brady, Cameron Brate, Antonio Brown, Rob Gronkowski and Ronald Jones each have one.

Circa differentiates itself by placing odds on just about every player who could reasonably play in the game, including long snappers James Winchester and Zach Triner at 10,000-1. So if a muffed punt results in a scramble in the end zone, Circa could be on the hook for a big payout.

“You just never know if someone’s going to come in and want to bet more than five or 10 bucks on one of these guys,” Bennett said. “You just have to be comfortable with that liability if they do. …