Another high roller tournament win went the way of one of the most consistent performers on the circuit as Steve O’Dwyer once again showed that it doesn’t matter which poker table he plays at; he’s a favourite to win once he gets cards. 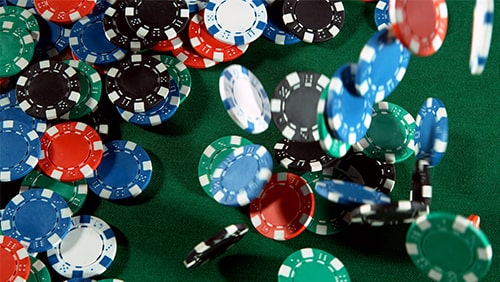 In the latest tournament that he dominated the final stages in, there was no final table full of players to beat, just one opponent standing between O’Dwyer and the WPT title, that’s because it was the Heads-Up World Online Championship they were battling for.

With 166 entries all paying $3,200, the #WPTWOC Heads-Up Championship saw the $500,000 guarantee exceeded by $31,200 including the registration fees collected, another decent result for the World Poker Tour and partypoker during an online series which has been something of a success at the virtual felt.

Only the top 32 places were paid once all the registrations were collated and plenty of big players missed out on the money positions, to be expected in a tournament that attracted some stellar names.

Some of the players to leave the event without being paid included but weren’t limited to Daniel Smyth, Roberto Romanello, Gianluca Speranza, Renato Nomura, Adrian Mateos, Patrick Leonard and Thomas Muehloecker. Others were more fortunate, however and before the final eight took to the tables, there was a return on their investment for players such as Rok Gostisa, Andrey Kotelnikov, Pauli Ayras and Sylvain Loosli.

With just eight players left, four would leave at the quarter-finals stage, with Niko Koop, Eugenio Peralta, Arnaud Enselme and Joao Vieira all winning $17,500. It was Allan Berger and Jorma Nuutinen who missed out on the final, winning $40,000 for making it to the semi-finals. O’Dwyer beat Berger when O’Dwyer was slightly fortunate in the final hand of the battle, Berger’s set of eights eclipsed by O’Dwyer’s queens when a third queen arrived on the river.

Akhmetvaleyev had made it to the final courtesy of his ace-queen catching against Nuutinen’s pocket threes in the semi-final, but his luck didn’t continue one stage further. It was ace-king that won the title for O’Dwyer, all the chips going in on the king-high flop, with Akhmetvaleyev only holding bottom pair.

This time, Akhmetvaleyev could catch nothing, and it was O’Dwyer who claimed the $135,000 top prize, the Russian having to settle for $75,000 and a story about losing the title to Steve O’Dwyer, a tale many an elite player have told over the years. Many more will tell it in the future, too, one suspects.

Pandemic or not, live or online, you can always rely on Steve O’Dwyer winning titles. It’s what he does.