Boca Juniors captain Carlos Tevez has said he cries during games as he is struggling to cope with his father’s deteriorating health.

Tevez’s father, Raimundo Tevez, spent 45 days in intensive care in a private hospital in Buenos Aires fighting the coronavirus before being discharged on Sept. 4.

Raimundo, who is a diabetic, returned to hospital a few weeks ago after his health worsened. 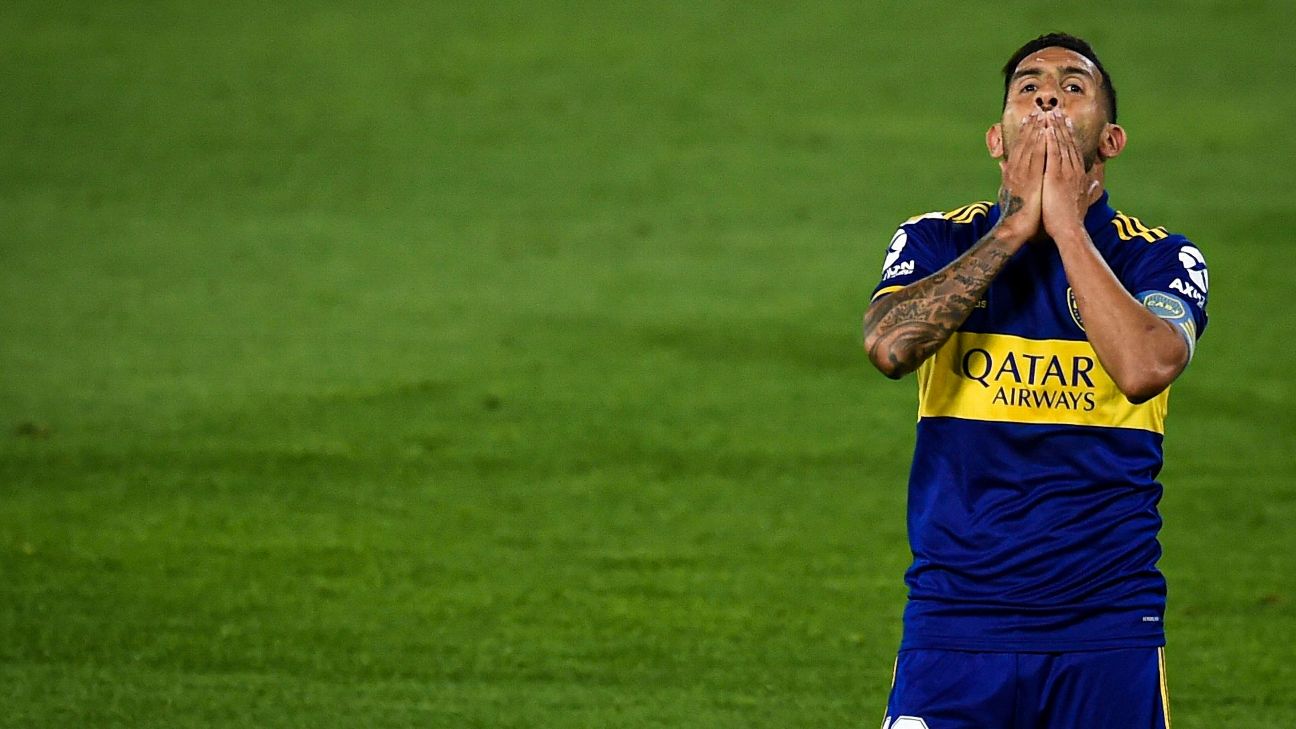 “I have different emotions. At times I am well and other times I go and cry during the interval. I can’t explain it.

“These are difficult times. I go and visit my father and then I have to be strong to play football.”

A banner from Boca supporters was visible in the empty stands of the Bombonera stadium in Sunday’s game in support of Tevez and his family.

“That fills my soul,” Tevez said. “To enter the pitch, to see the flag, the banner.

“The important thing is that I am strong and that is thanks to the people at Boca and to my family who help me not to fall apart and to continue fighting. I’m standing, just as my family is, and we must continue.”

Tevez’s biological father was killed before he was born.

The former Manchester United and Manchester City forward was raised by Raimundo and his wife, Adriana Martinez, Tevez’s aunt.

Tevez returned to Boca in January 2018 for his third stint at the club.